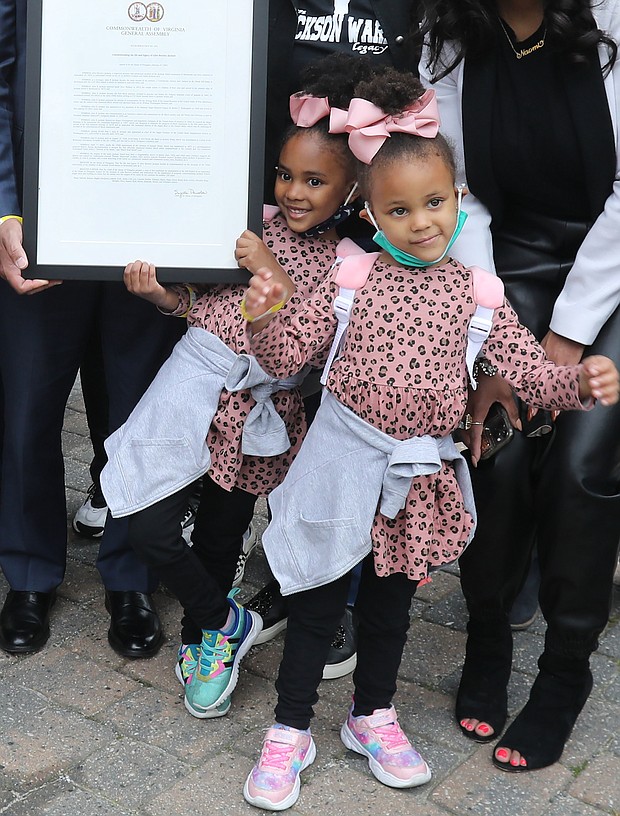 Who are these girls?-Eva Carter, 5, left, and her 3-year-old sister, Gabby Carter, are in Downtown by the Greater Richmond Convention Center. Mayor Levar M. Stoney declared April 17 Giles B. Jackson Day and a proclamation was presented to Mr. Jackson’s descendants Saturday by state Delegates Jeff M. Bourne of Richmond and Lamont Bagby of Henrico, members of the Virginia Legislative Black Caucus at the kickoff of The JXN Project’s celebration commemorating the 150th anniversary of Jackson Ward.