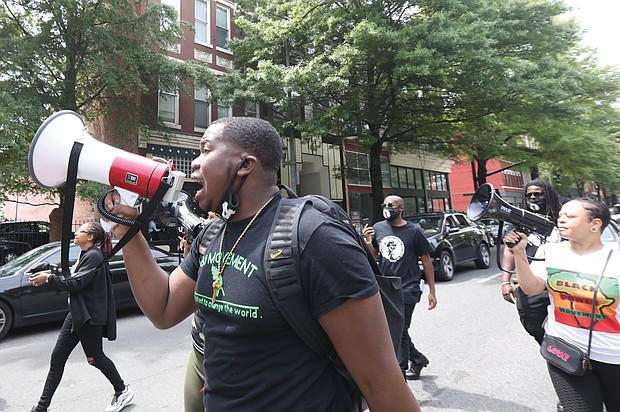 Corey Stuckey, a senior at George Wythe High School, leads several dozen community members in a rally and march on April 23 in Downtown, demanding that city and school officials expedite plans to build a replacement for the dilapidated school in South Side. The group also called for students to be at the table for decision-making. The march went from the Maggie L. Walker statue at Adams and Broad streets to City Hall at 9th and Broad streets.

The price tag to replace aging George Wythe High School has jumped to $140 million, a 40 percent hike from the previous estimate of $100 million.