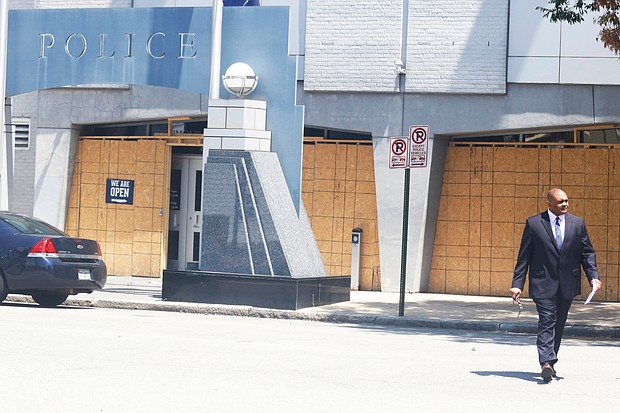 Chief Gerald Smith walks outside Richmond Police headquarters on Grace Street in Downtown to a news conference on July 27, 2020, following two nights of uprisings in the city. The building had been boarded up and barricaded by a city dump truck, which was burned by demonstrators protesting police abuse and racial injustice. The chief had been on the job less than a month.