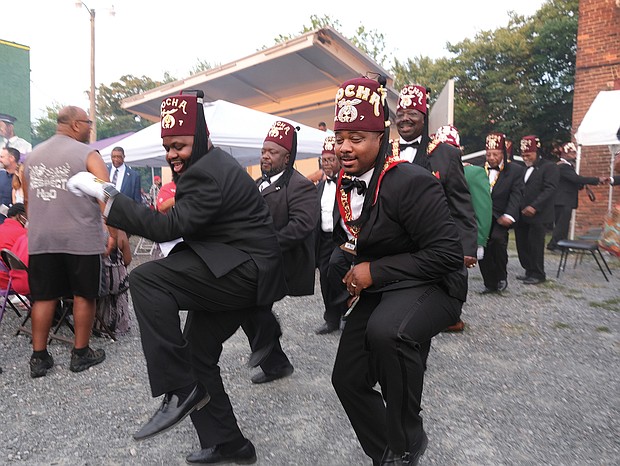 Scores of people turned out Aug. 6 for the official unveiling of the mural honoring the first Black firefighters hired by the City of Richmond. The 10 trailblazers were hired July 1, 1950, and were stationed at Engine Company No. 9 at 5th and Duval streets in Jackson Ward. The commemorative mural was done by local artists Sir James Thornhill, Jason Ford and Kevin Orlosky, and is situated on the side of the Mocha Temple No. 7 Shrine building at 613 N. 2nd St. in Jackson Ward. Members of Mocha Temple step to the sounds of "Fire" by the Ohio Players after the ceremony. The unveiling was the kickoff of a weekend of activities sponsored by Engine Company #9 and Associates remembering and honoring the original firefighters.