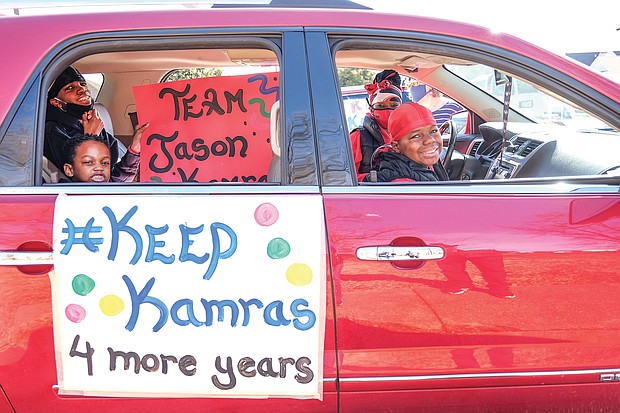 The Erby family shows their support for Superintendent Jason Kamras and a four-year extension of his contract during an 80-vehicle, “#KeepKamras” parade last Saturday in South Side. They are Richmond Public Schools students, from left, Elijah Erby, 5; Christopher Erby, 13; and Lamar Erby, 11, with their mom, Tisha Erby.