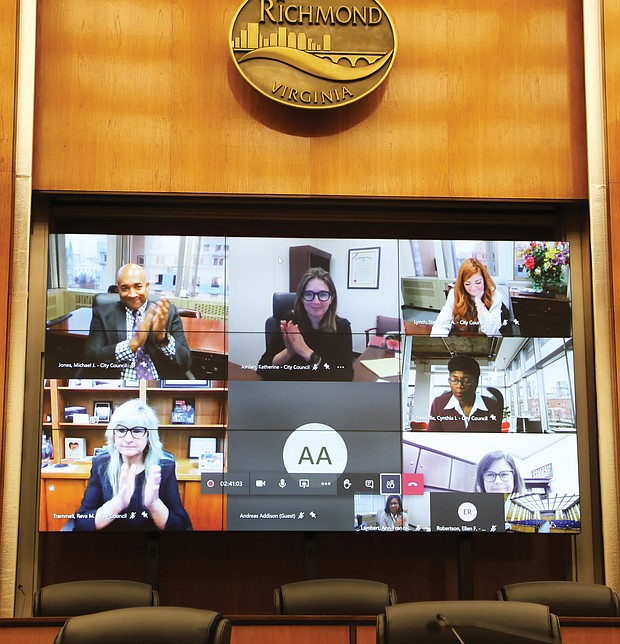 Richmond City Council members applaud during the swearing-in ceremony Monday at City Hall. They were sworn in one member at a time in person in the City Council Chambers and then met virtually as a group from their City Hall offices.