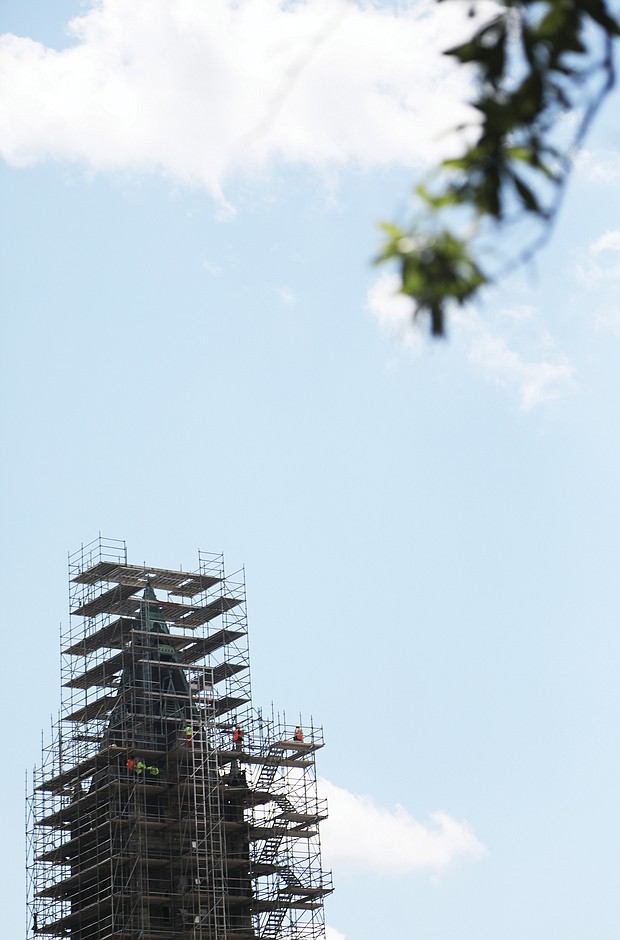 Scaffolding engulfs the state-owned Old City Hall, the 1894 building that once was the center of Richmond's government in Downtown. The historic building at Broad and 10th streets is undergoing its first renovation since 1983. Old City Hall is regarded as a magnificent example of Gothic Revival architecture, but the history of its construction was mired in racial bigotry and municipal corruption, according to historical accounts.