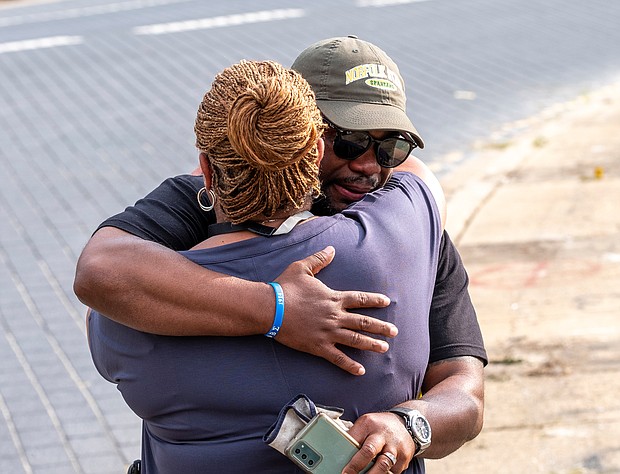 Devon Henry, president and chief executive officer of the Newport News-based Team Henry Enterprises, hugs his mother, Freda Thornton, after the Lee statue came down on Wednesday. Mr. Henry’s company was responsible for the removal and disassembly of the statue for storage in an undisclosed secure location. He faced death threats after his company’s role in removing Richmond’s other Confederate statues in July 2020 was made public.