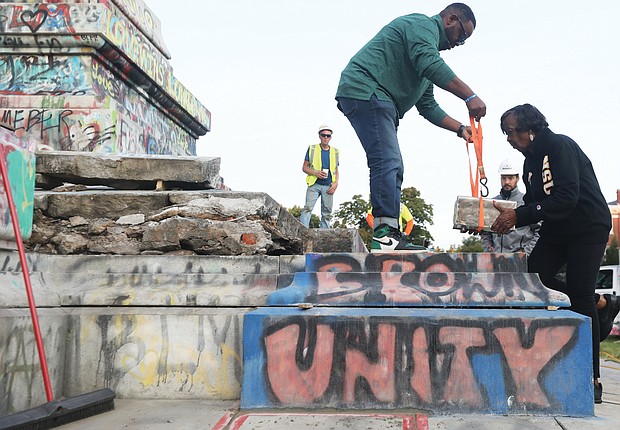 Devon Henry, whose company, Team Henry Enterprises, took down the Monument Avenue statue of Confederate Gen. Robert E. Lee, works with Grindly Johnson, Virginia’s secretary of administration, to place a new time capsule into the base around the pedestal.