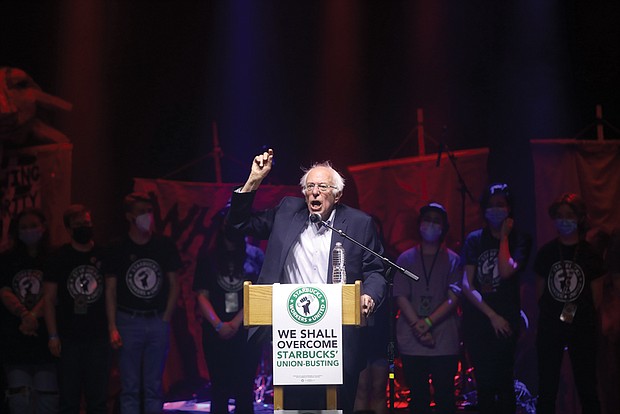 Sen. Bernie Sanders of Vermont, who was joined on stage by local Starbucks workers, speaks at Unity Fest last Sunday at the National Theater in Downtown to celebrate their successful efforts to unionize.

The sounds of music, community and solidarity filled the National Theater in Downtown for several hours Sunday as visitors from Virginia and beyond, including U.S. Sen. Bernie Sanders of Vermont, celebrated the unionization efforts of Starbucks employees in Richmond and nationally and ongoing work to improve labor conditions in the United States.