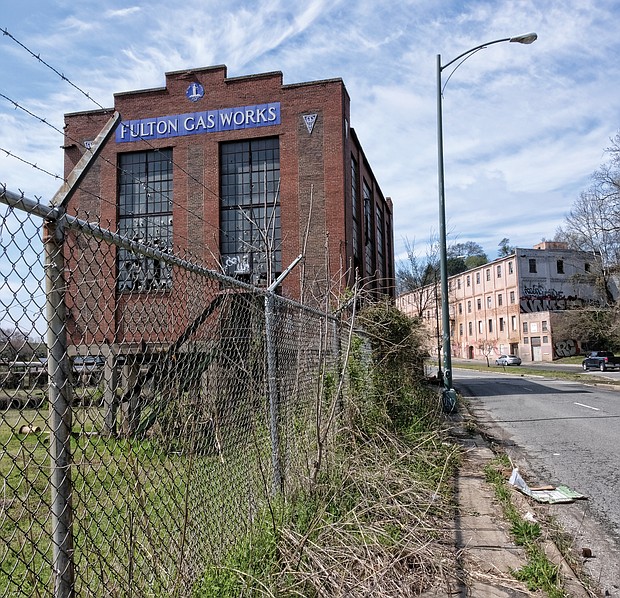 Another piece of Richmond history is biting the dust. The long-vacant headquarters building for Fulton Gas Works is in the final phase of demolition. Most of the building, which appears to date from 1900, has been demolished from the site at 3301 Williamsburg Ave. Bare ground remains.
The Gas Works began operations in 1856 to provide coal-converted natural gas to fuel streetlights and, later, to heat homes. The plant continued to operate until 1950, when the city shut down the operation and began importing the fuel.