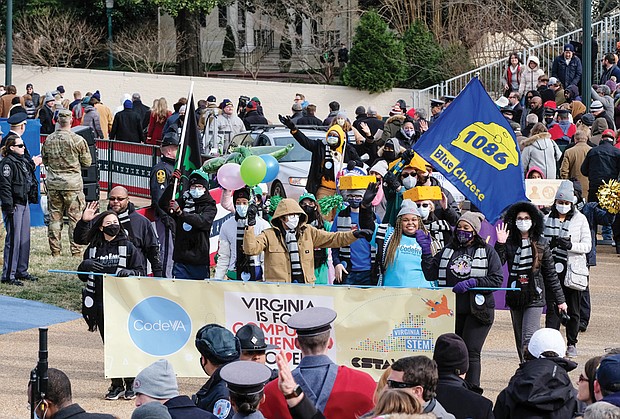 Students from Richmond’s Martin Luther King Jr. Middle School STEM program march in the inaugural parade last Saturday in Capitol Square. Democrats have accused Gov. Glenn A. youngkin of ignoring science and state law with his executive order to lift mask mandates in public schools that were put in place to protect students, teachers and staff from COVID-19.

Just days after his inauguration, Gov. Glenn A. Youngkin is getting major pushback from legislators, parents and public school systems around the Commonwealth – including the Richmond area – over his executive order to end school mask mandates.