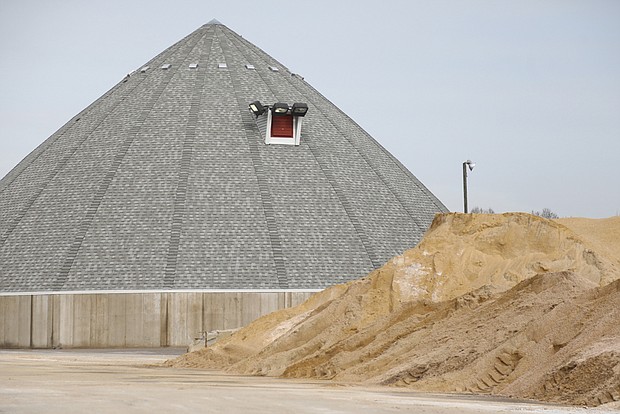 The City of Richmond has two salt domes, including this one located at 802 Forest Lawn Drive on Richmond’s Northside. The other is located on the city’s South Side at 2506 North Hopkins Road.This particular igloo-like structure was erected in 2017 and sits behind Henderson Middle School. Each dome holds 3,000 tons of salt and 1,000 tons of salt typically is used for each snow event. Richmond’s Department of Public Works says that when a storm is on the way, the city tries to pre-treat the roads at least 72 hours before the impending storm.