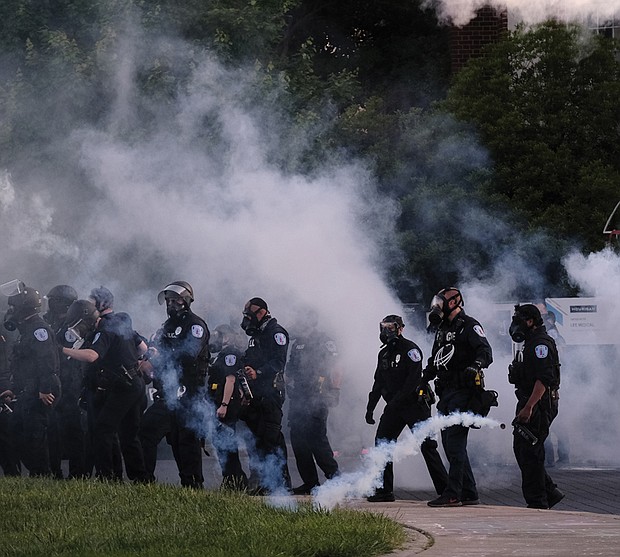 In this file photo, Richmond Police release tear gas on demonstrators at the Lee Monument on Monument Avenue on June 1, 2020, during the third day of local protests against police brutality and racial injustice following the murder of George Floyd at the hands of Minneapolis Police on May 28, 2020. The crowd that included families with children was tear-gassed about 20 minutes ahead of that day’s 8 p.m. curfew. Then-Police Chief William Smith, who apologized along with Mayor Levar M. Stoney the next day, later resigned and promised to discipline the officers. Six people later filed a lawsuit, which was settled by the City of Richmond in February. The terms were not disclosed.

68 law enforcement officers have been decertified in Virginia since a new state law took effect last March expanding the grounds for which they can be disqualified to work.

Two years ago, the only reasons police officers could be decertified in Virginia were if they tested positive for drugs, were convicted of certain crimes or failed to complete required training.