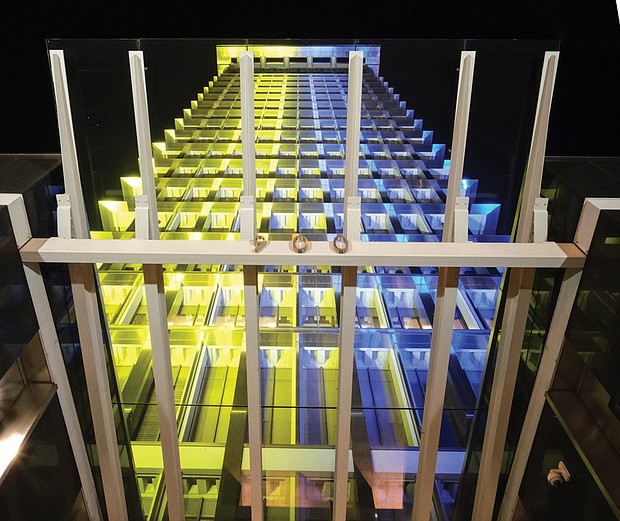 City Hall is bathed in the blue and yellow of the Ukrainian flag, a nightly display of solidarity with the beleaguered Eastern European nation that is struggling to repel the destructive invasion of the Russian army. The invasion began Feb. 24, the day after Defender of the Fatherland Day in Russia. Russian President Vladimir Putin wants Ukraine to again be a vassal state of Moscow, as it was when the Soviet Union was in existence. The inva- sion is the largest since World War II. Still, the bi-color flag continues to fly as Ukraine resists. The flag has been the symbol of Ukraine since the 12th century when it was part of the Kingdom of Galicia- Volhynia. Banned during Soviet rule after World War I, the flag was restored after Ukraine regained its independence in 1991 with the collapse of the Soviet Union.