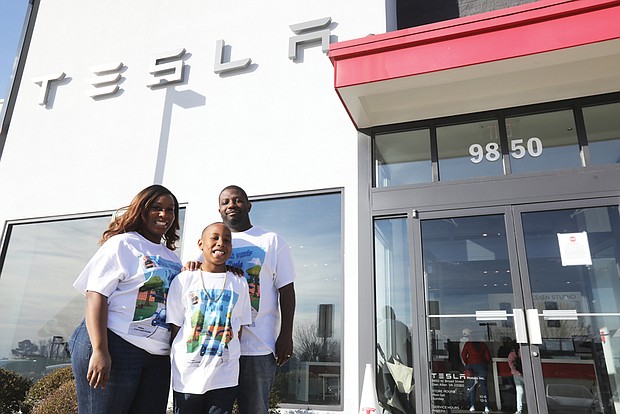 Uziah Smith-Bashir, 8, visits the Tesla dealership on West Broad Street in Glen Allen with his parents, Nafeesa Bashir-James and Torrey James. The second-grader at Thales Academy is enamored with the electric vehicles and the “falcon-wing” doors that open like bird’s wings and has written a book about it that will be launched March 26. Far right, Uziah checks out his favorite Tesla model, Model X, and its “falcon-wing” doors.

Fascination with Teslas prompt second-grader with autism to write book

“Uziah Wants a Tesla.” That is the title and focus of the new book by 8-year-old author Uziah Smith-Bashir of Henrico.