Photos from May 3-5th Edition 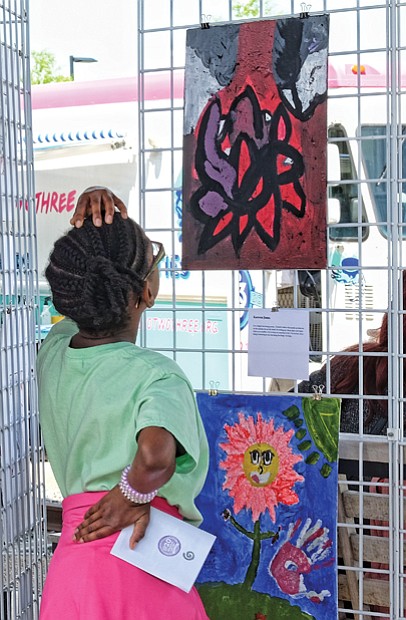 Into the art // Samaya Waldo, 10, contemplates the work of Kareen Jones, a Fairfield Middle School student, during ART 180’s “The Really Big Show.” The festivities drew hundreds of art lovers last Saturday to the grounds of the Science Museum of Virginia. Please see more photos, Page B2. 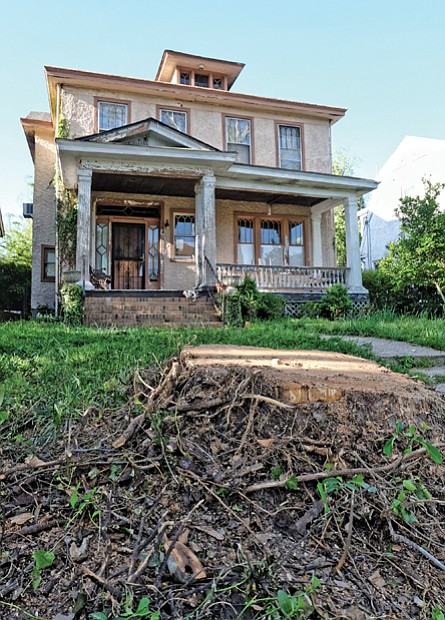 Cityscape // This stump, left, is all that remains of the dying sycamore that once stood, above, in front of Spencer Turner’s North Side home. The city Department of Public Works authorized the removal of the city tree last Friday from the property in the 100 block of West Lancaster Road. 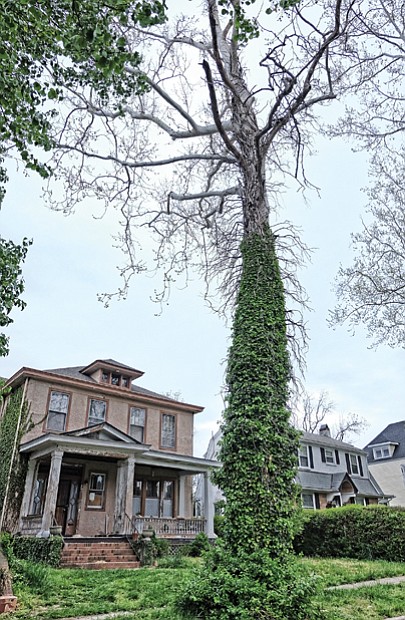 Cityscape // he Free Press sent queries to several city officials about the tree for an article published in last week’s edition about Mr. Turner’s unsuccessful efforts to have it removed. 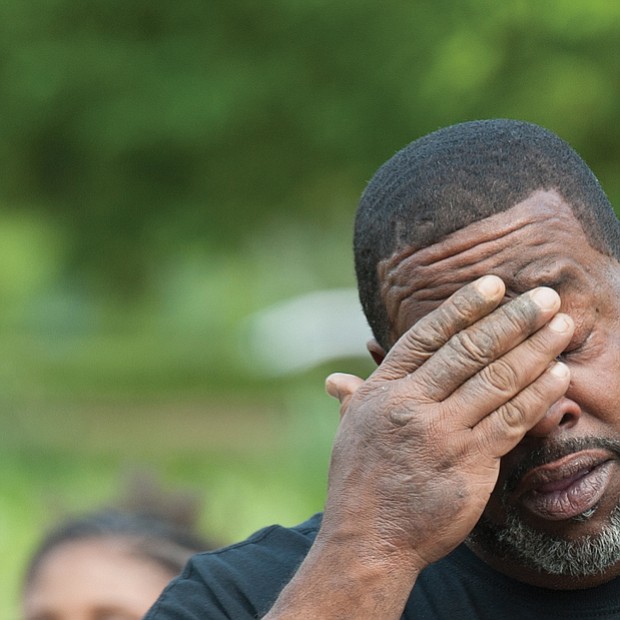 Holding on to hope // Brian Hunt, the father of Delecia Waddy, 24, who has been missing from Bowling Green since March 9, 2017, tries to gather himself, below right, during an emotional Richmond Missing Persons Day Rally last Saturday at Chimborazo Park. 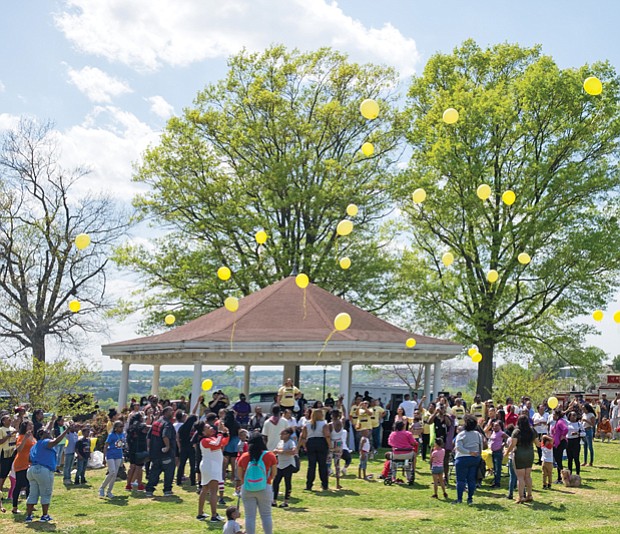 Holding on to hope // The second annual event was sponsored by the Richmond Police Department and Toni Jacobs, mother of 21-year-old Keeshae Jacobs who was last seen in her Westover neighborhood in South Side on Sept. 26, 2016. 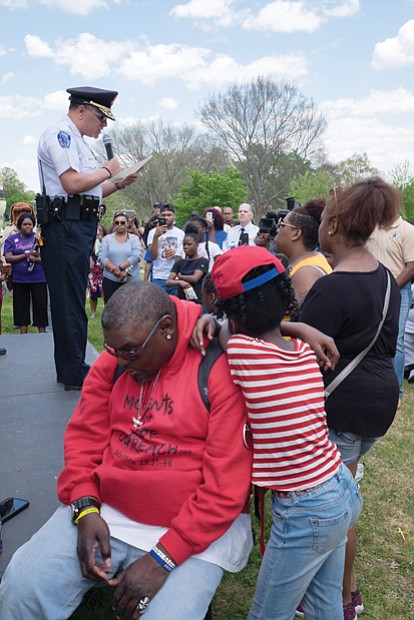 The event was designed to show support for families whose loved ones are missing and provide tools to the community to stay safe. Below left, members of Friends for Farrakhan pick up information about Ms. Jacobs, while Richmond Police Chief, at left, Alfred Durham addresses the crowd. 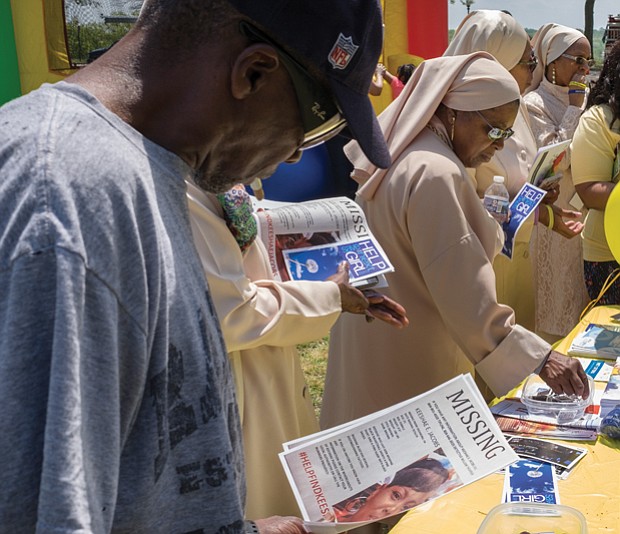 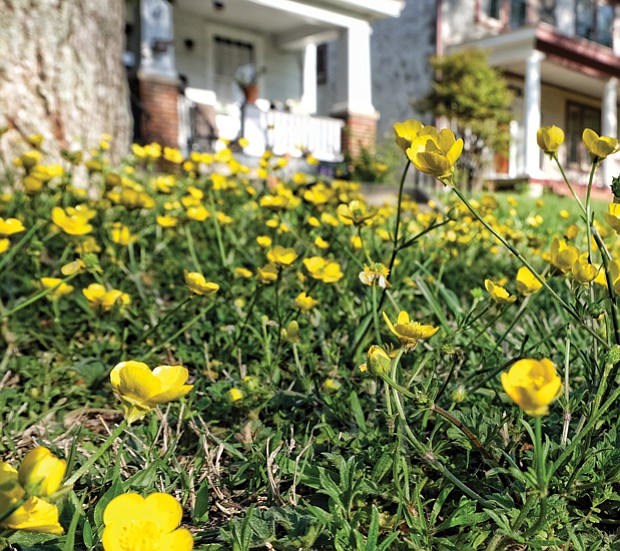 Buttercups in plaza in Battery Park 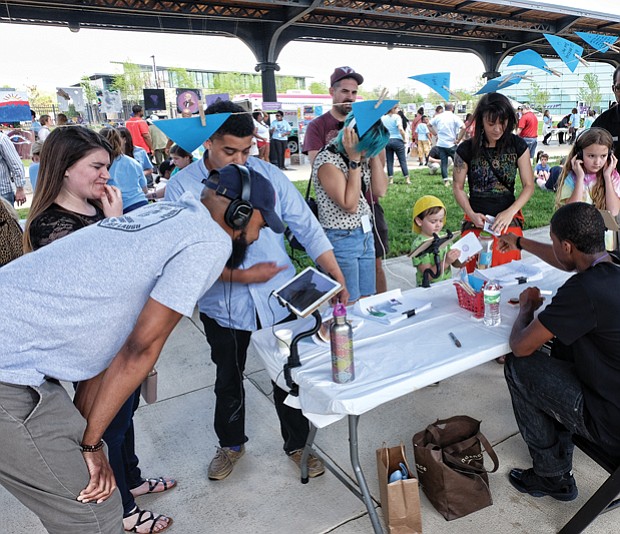 ART 180 @ 20 // Mixed media work by Larry Reid, a student at Martin Luther King Jr. Middle School, are among the highlights of “The Really Big Show,” ART 180’s 20th anniversary bash held last Saturday on the grounds of the Science Museum of Virginia. 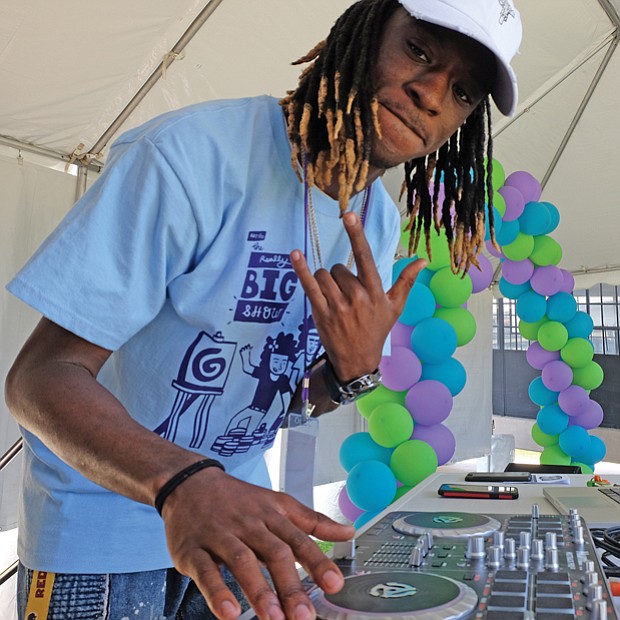 The festival featured the talent and work of young Richmonders who participate in ART 180’s programs at 14 schools and centers around the metro area. ART 180 gives a platform to young people from underfunded schools or from challenging circumstances through art. A group gathers to explore R3ANIMATION in which student artists from the Bon Air Juvenile Correctional Center use animation techniques to remix music videos. 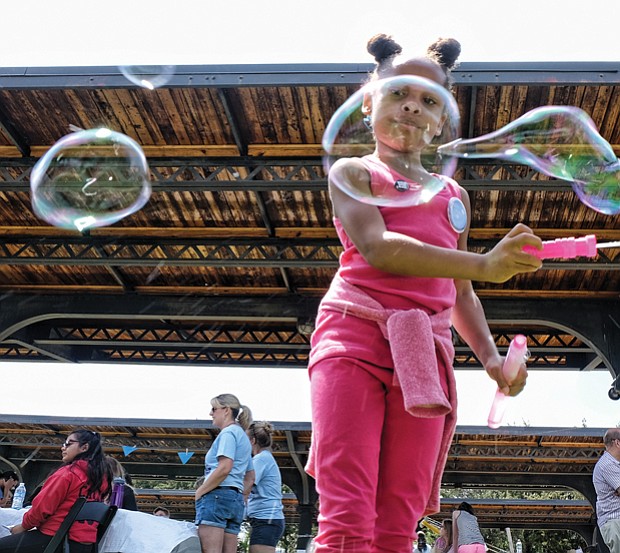 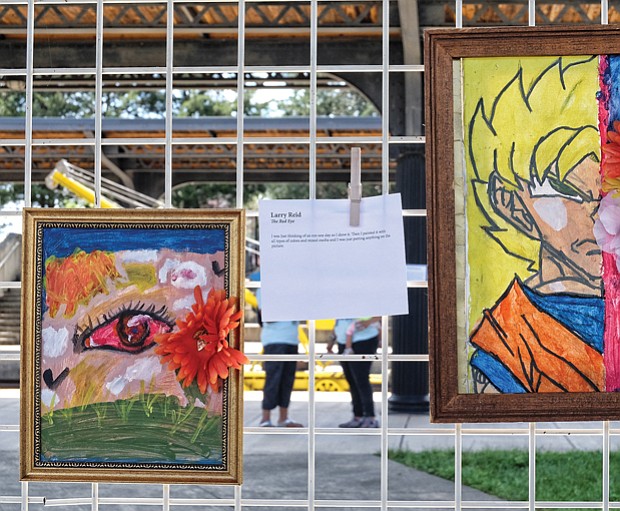 The celebration marked an important milestone for the organization that started with its first project at the Salvation Army Boys & Girls Club in the East End in July 1998. 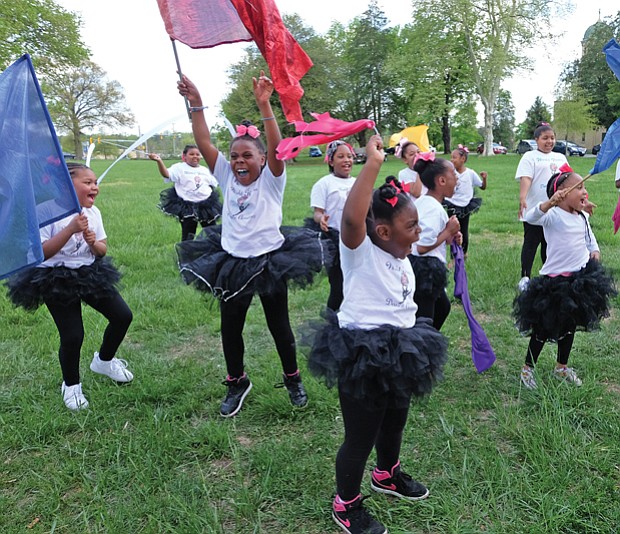 Loving the dance! // Youngsters from the World Fitness Dance Academy, above left, show their enthusiasm during the academy’s National Dance Celebration last Saturday. 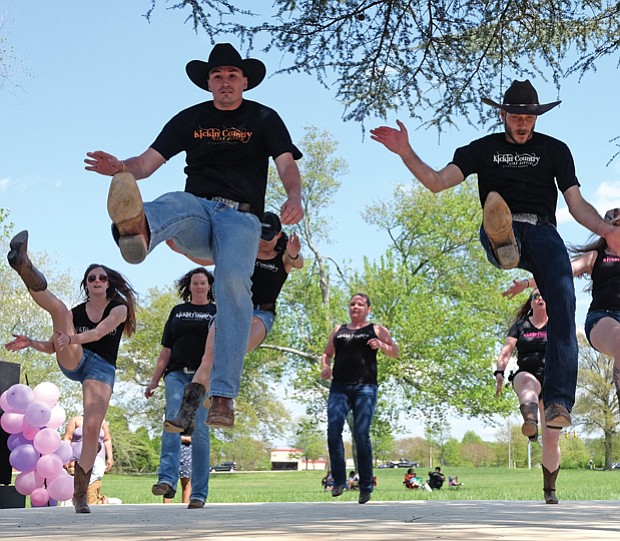 The free event, held on the grounds at St. Joseph’s Villa in North Side, featured all forms of music and dance. Above right, high steppers from Kickin’ Country show off their moves 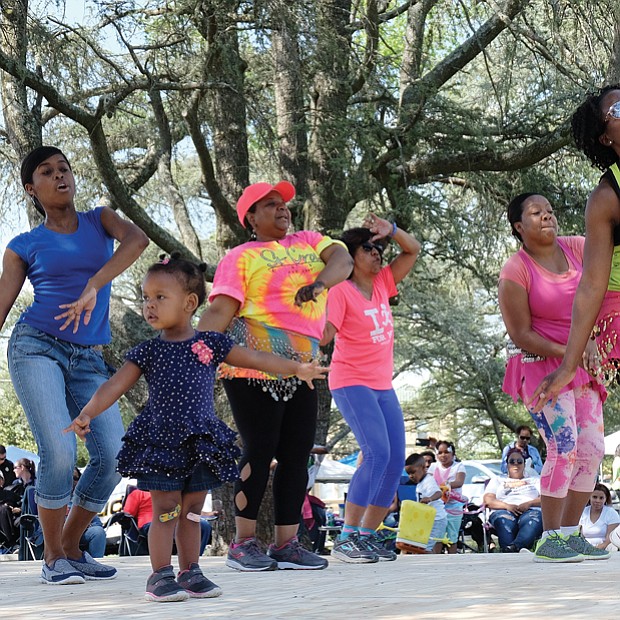 Above right, high steppers from Kickin’ Country show off their moves, while Zumba instructor Tasha King, left, leads a group, including 2-year-old Gabriella Johnson, front left, in a demonstration of the exercise dance. 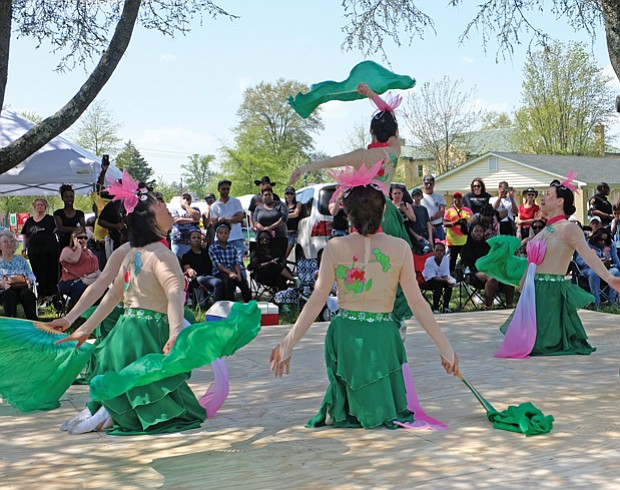