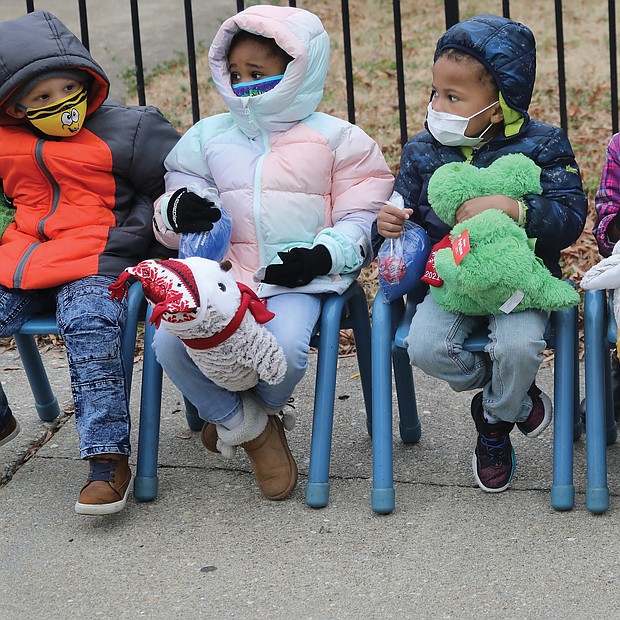 Young students in Linda Crafton’s class for 3- to 5-year-olds at FRIENDS Association for Children hold onto their new stuffed animals during a Christmas Vehicle Parade on Dec. 21 in Gilpin Court. The huggable toys were gifts given to the youngsters by the nonprofit organization that operates two child development centers. FRIENDS got its start in 1871 as an orphanage in Jackson Ward and has expanded its mission and services in the last 150 years. 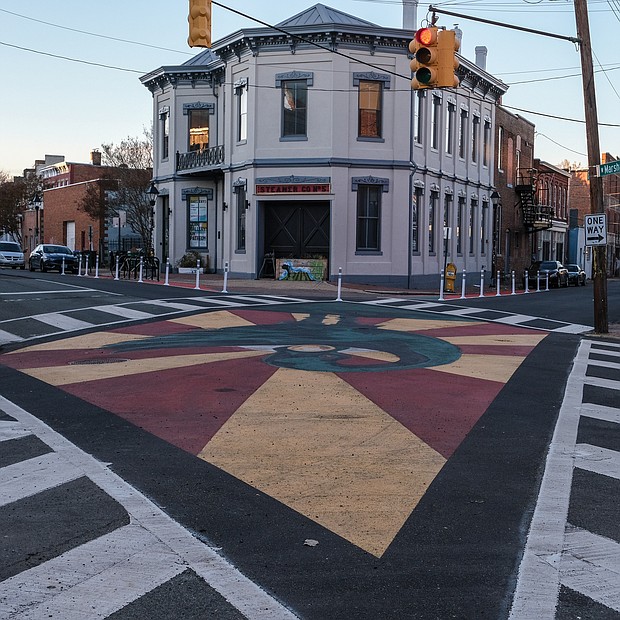 This dramatic and decorative street mural now fills the intersection at Mar- shall Street and Brook Road in Jackson Ward. The work, painted in the red, black and green colors of the Pan-African flag, stands in front of Gallery 5, an award-winning art space housed in a historic 1849 building that served as the city’s first firehouse and police station. Venture Richmond and the city’s Public Art Commission teamed with art spaces and businesses to develop the place-making project that was supported in part by a $25,000 grant from Bloomberg Philanthro- pies’ Asphalt Art Initiative. The project, which cost a total of $40,000, produced a new brick plaza and bike rack in front of Gallery 5. Artist Chris Visions created the mural painted by youth participants at ART 180, a nonprofit center of youth creativity based at 114 W. Marshall St. The central figure is Sankofa, a symbol and word of the Akan people of Ghana meaning “to retrieve.” The symbol is being used as a salute to Jackson Ward’s history as the once proud center of Black business, entertainment and culture. The mural also is connected to a custom-designed parklet that fills two parking spaces in front of ART 180. The parklet, not pictured here, is one of five the city has sought to install to promote community and businesses. The initiative came together this year as part of marking the 150th anniversary of the city’s creation of Jackson Ward in 1871. At the time, it was a gerrymandered political district for Black voters. Venture Richmond credited the two art groups, Big Secret, Walter Parks Architects, CB Chandler Construction, Cite Design, Richmond Toolbank and Vanderbilt Properties with helping create the space. 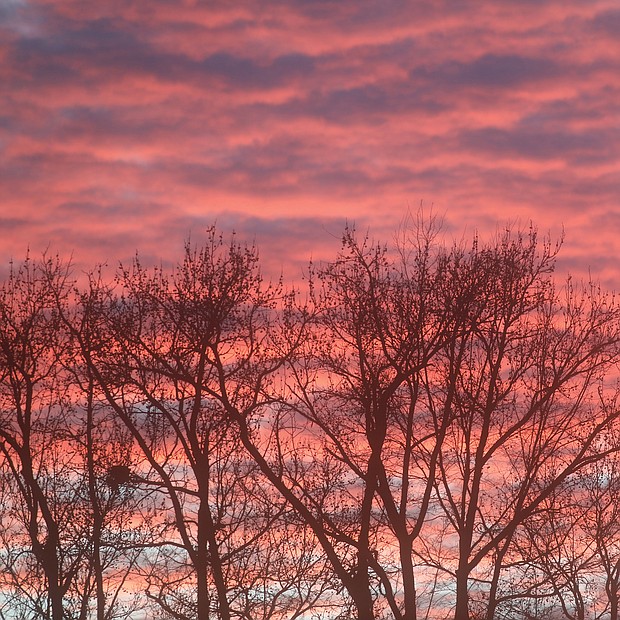 Sky at sunset on North Side