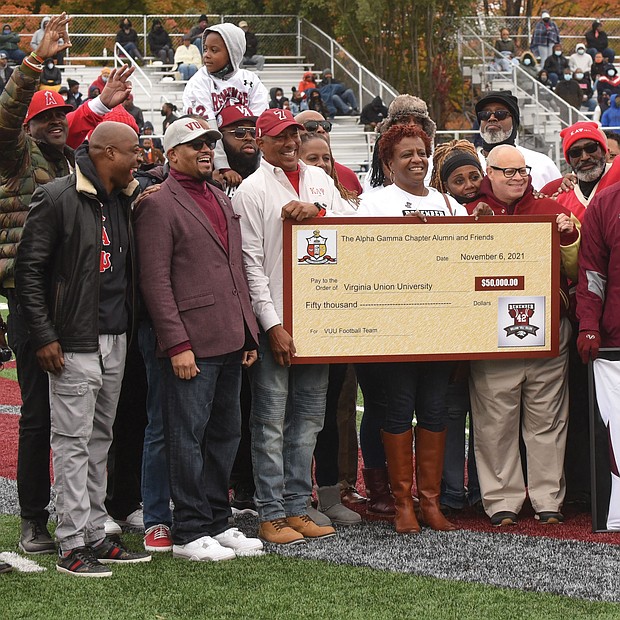 It was William “Dil” Dillon Day at Virginia Union University last Saturday during the Panthers’ annual gridiron clash with the Trojans of Virginia State University. During halftime of the game at VUU’s Hovey Stadium, family members, former teammates and fellow members of Kappa Alpha Psi Fraternity participate in a ceremony to officially retire the No. 42 jersey that the late Mr. Dillon wore as a VUU player from 1979 to 1982. The fraternity’s Alpha Gamma Chapter also donated $50,000 to the VUU football team during the ceremony. Mr. Dillon, a Detroit native who later won plaudits as a local softball player and high school basketball official before his death in 2017 at age 59, was recognized and remembered for his remarkable playing career. As recounted during the ceremony, Mr. Dillon was a star defender for the Panthers under Coach Willard Bailey. During his VUU career, he picked off 30 opponents’ passes, including 16 during his sophomore season. He was selected three years in a row as an Associated Press Little All-American while helping VUU earn four straight invitations to the NCAA Division II football tournament. 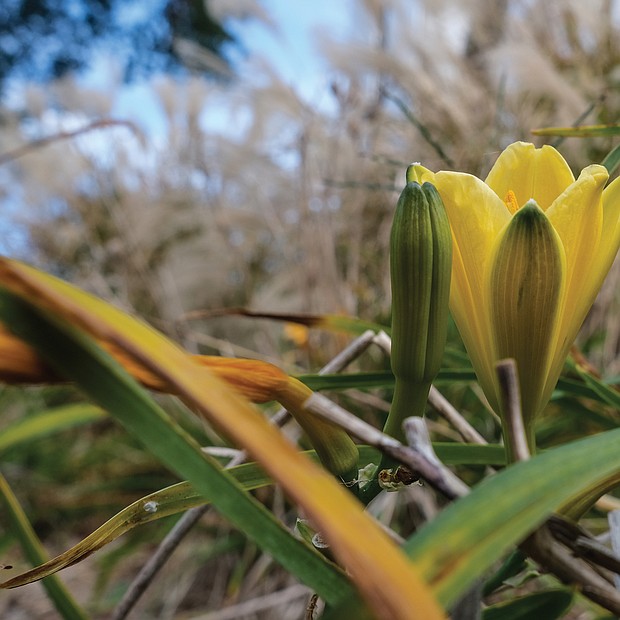 Crocus and ornamental grass in North Side