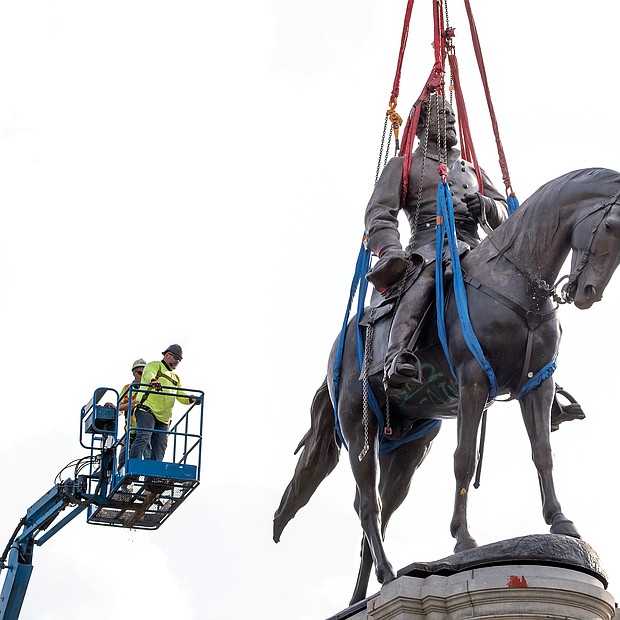 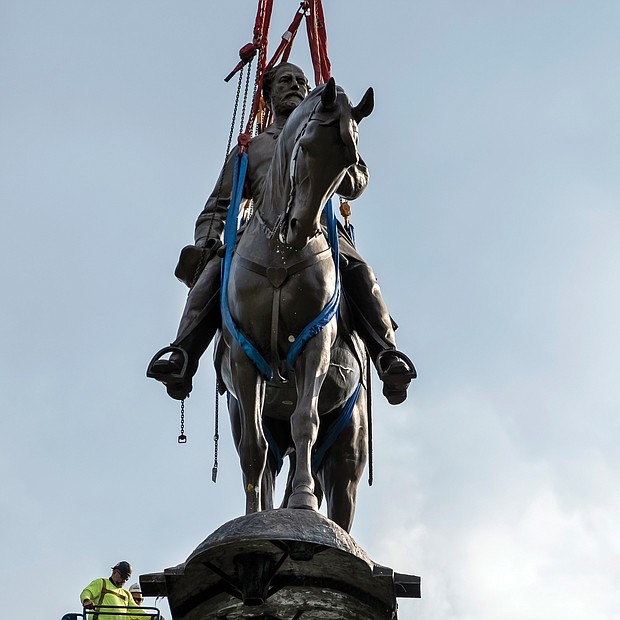 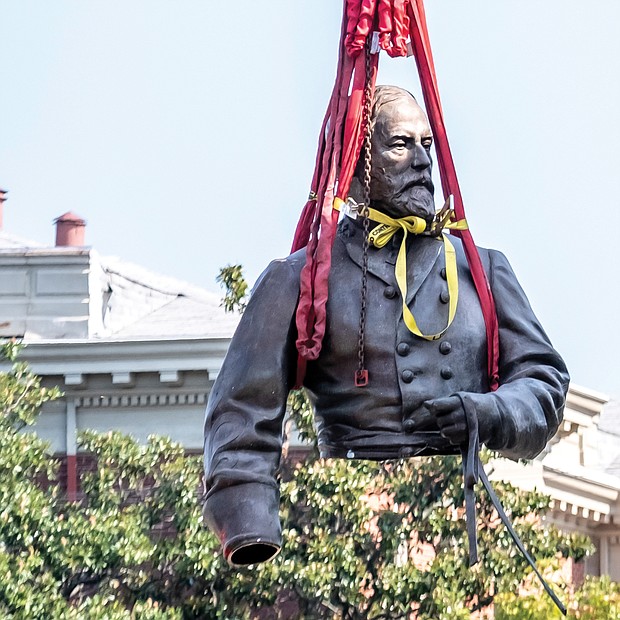 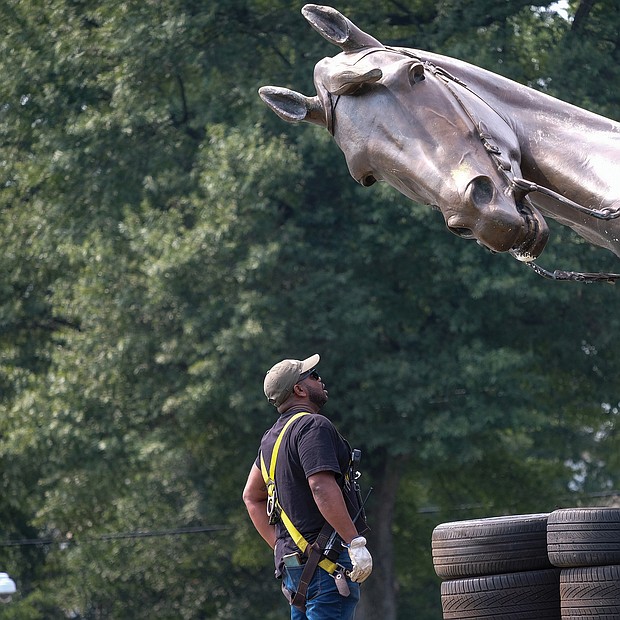 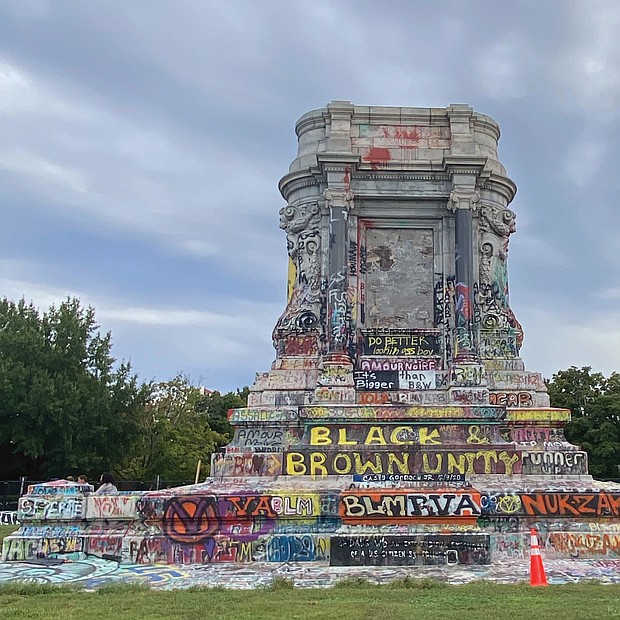 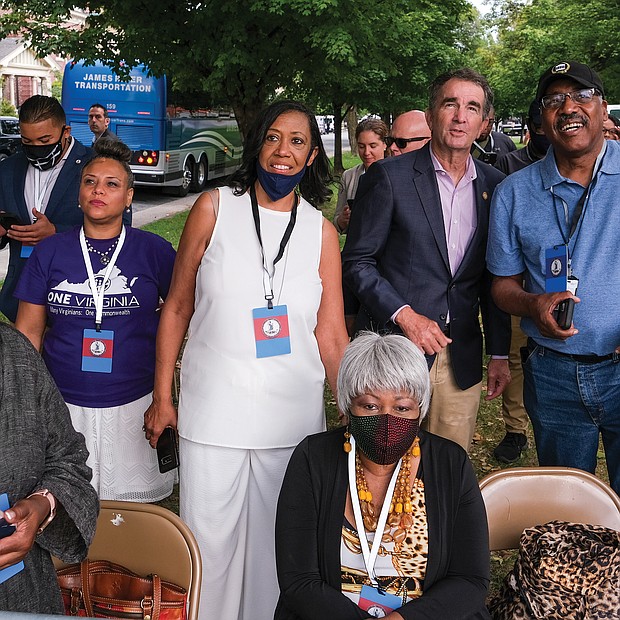 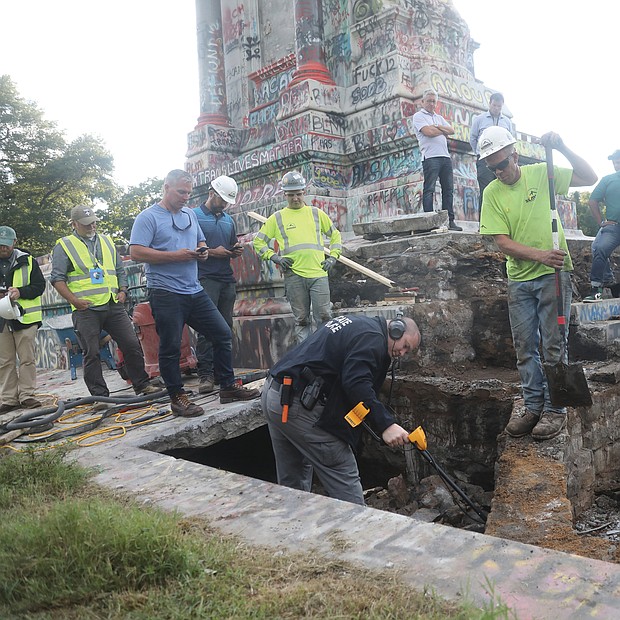 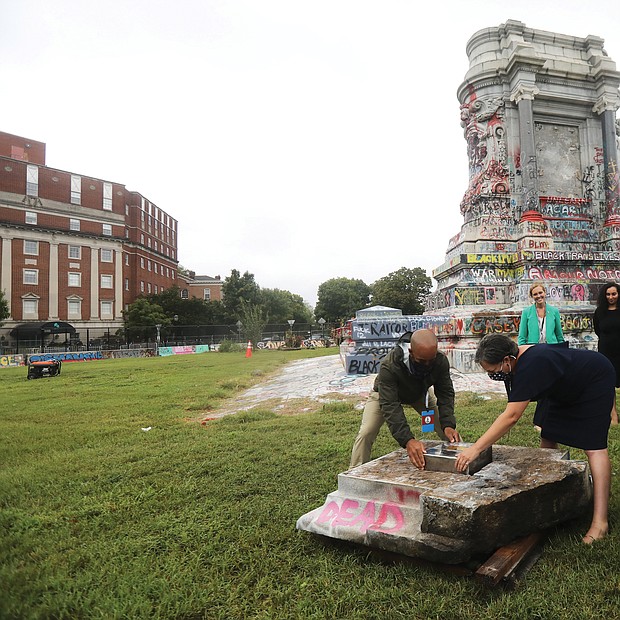 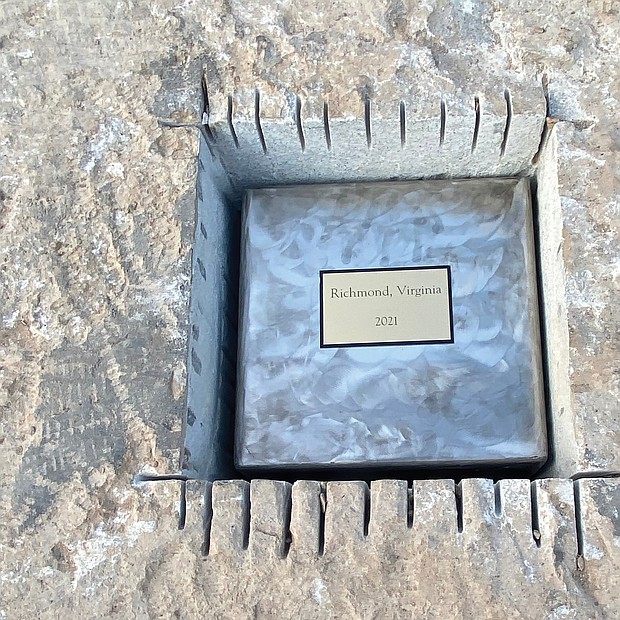 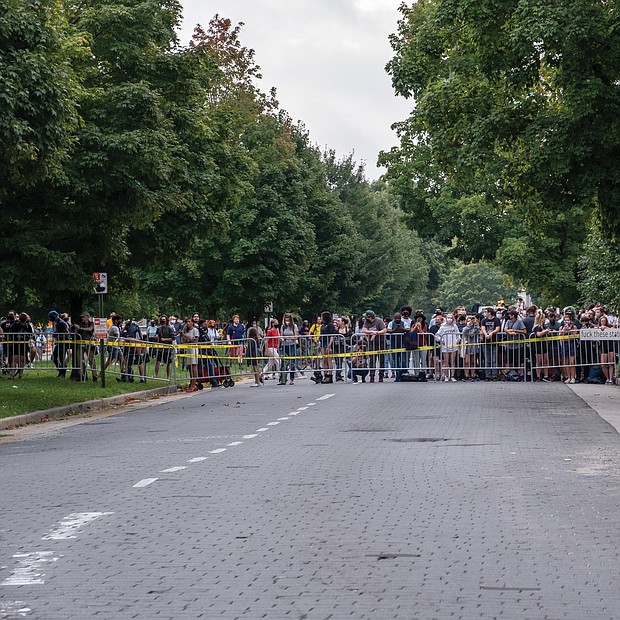 Monument Avenue was reshaped in ways big and small last week, with the removal of the state’s biggest symbol of white supremacy, the 12-ton bronze statue of Confederate Gen. Robert E. Lee, from its four-story pedestal. For more than 131 years, the 21-foot figure has loomed over the street and been used to define the city and its purported allegiance to segregation and racism. No more. These photos capture the removal of the state-owned statue on Wednesday, Sept. 8, along with the installation of a new time capsule containing such items as a Black Lives Matter sticker, Kente cloth and the picture of Black ballerina performing in front of the pedestal.