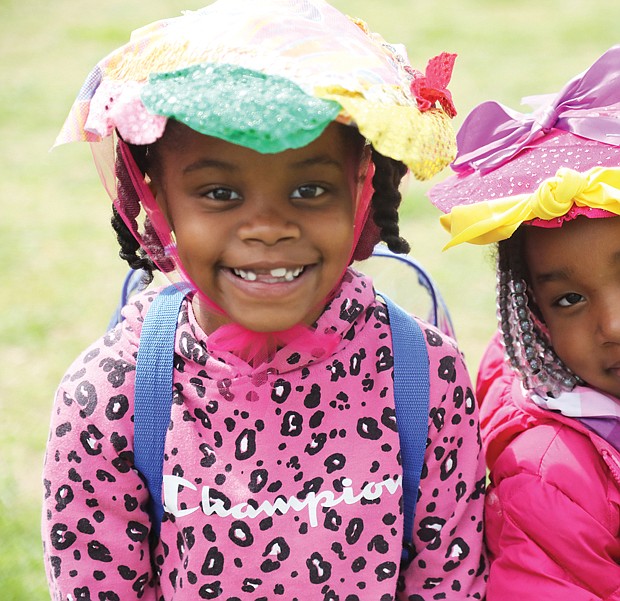 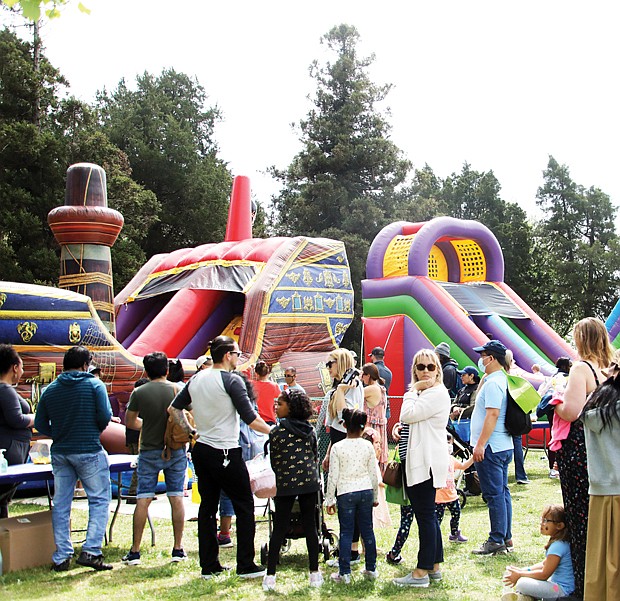 Hundreds of people came out last Saturday for the annual Dominion Energy Family Easter at Maymont, where Easter was on parade, along with the Easter Bunny, bonnets and photogenic children. It was a perfect day to be outdoors enjoying the variety of activities, games and slides and strolling through the 100-acre park in the city’s West End. 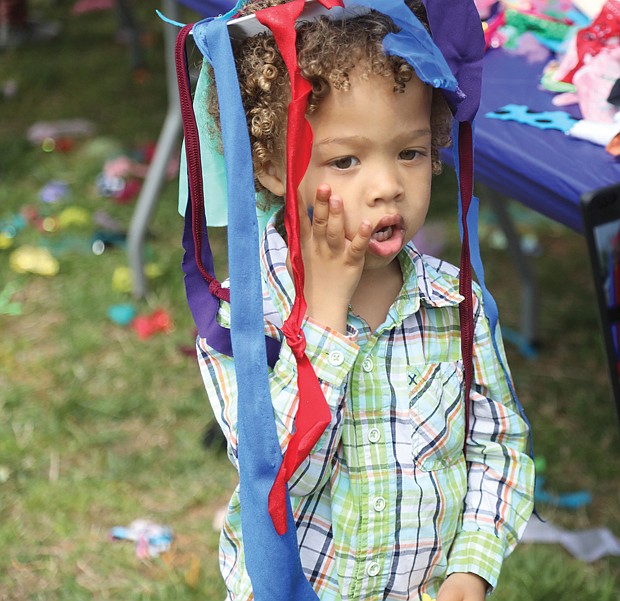 Esther Howard turns her son Levi’s moment into memories as she photographs the 3-year-old wearing the Easter creation he fashioned from streamers. The Howard family, including dad and 10-month-old sister Edin, drove down from Stafford to attend the event. 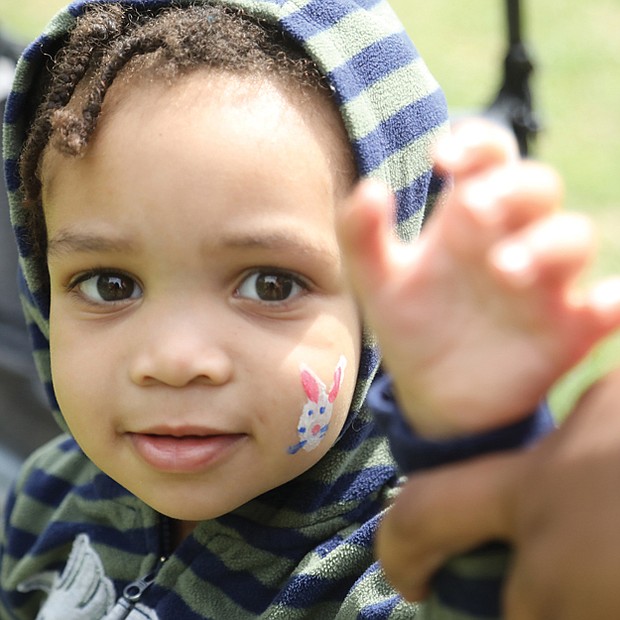 Two-year-old Ashton Adams shows the little bunny painted on his cheek as he sat on a tractor under the watchful eye of his mother, Aldea Hayes. Farm, fire, rescue and utility equipment of all sizes were on display for youngsters to enjoy. 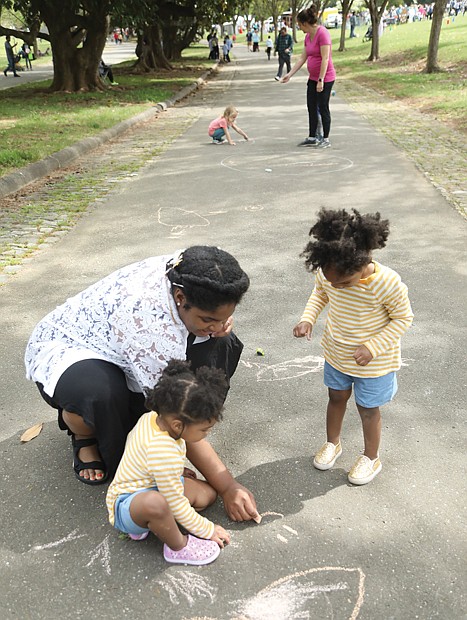 Courtney Johnson of Hopewell and her 2-year-old twins, Jayla and Leila, get creative with pastel sidewalk chalk on one of Maymont’s long walkways. They found a quiet space among the crowd to draw happy faces and other figures. 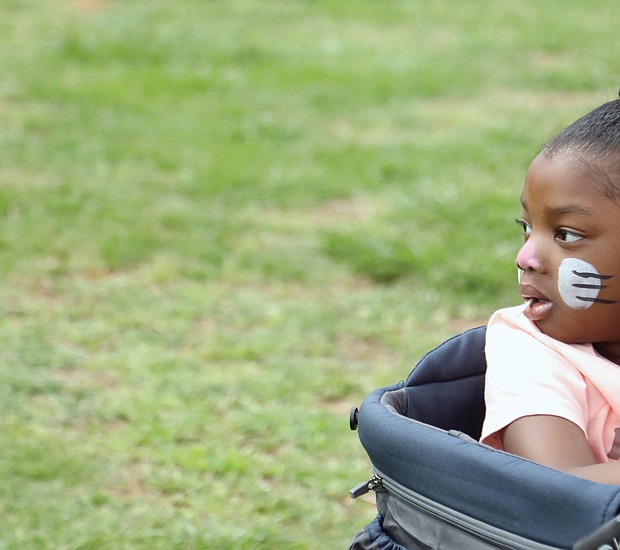 Zynik Flowers, 4, sees the fun from her seat in a wagon being guided by her mother, Kenisew Jenkins of Mechanicsville. It was a day people of all ages enjoyed. 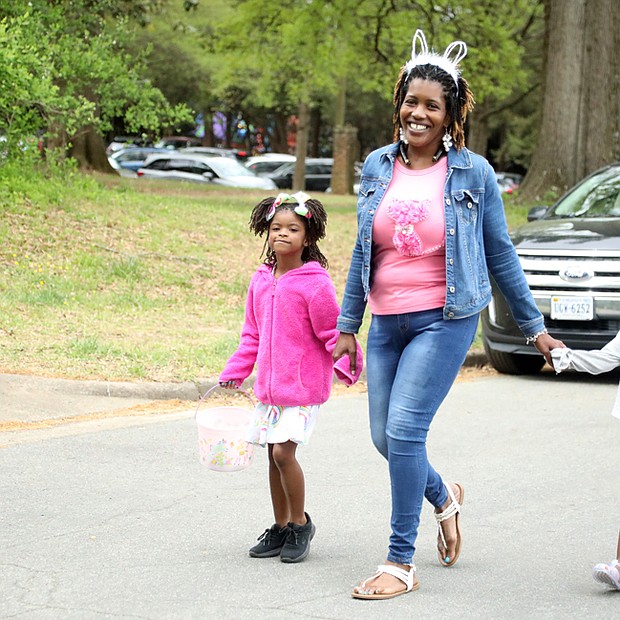 Ruby Tate of Henrico County, center, arrived early with her niece, Lyric Harris, 6, left, and her daughters, Mya Tate, 5, front right, and Lauren Tate, 8, and spent a few hours at the celebration before heading home. 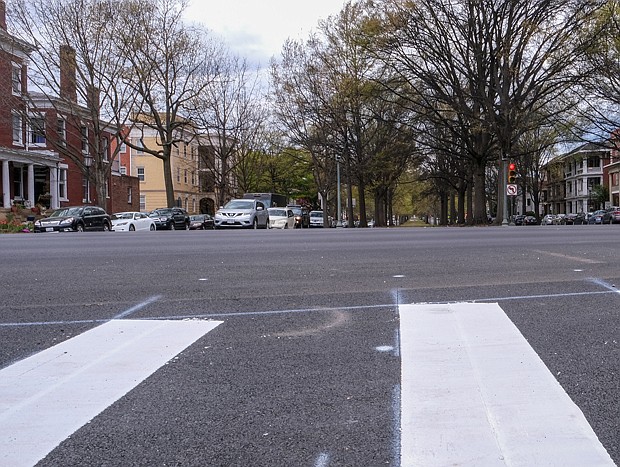 Just another section of road in Richmond. That’s what this intersection at Monument Avenue and Arthur Ashe Boulevard now looks like. Hard to believe that for more than 100 years, this intersection was dominated by a statue of slavery-defending Confederate Gen. Thomas J. “Stonewall” Jackson riding a horse. The statue was removed in July 2020. Earlier this year, the pedestal and other statue supports were replaced with paving. Other former Confederate statue sites along Monument Avenue now are planted with flowers and plants, a big change for a city that is seeking to be known as far more than “the former capital of the Confederacy.” Still, tributes to the Confederacy still linger in Richmond. There are street names and bridge names that Richmond City Council in Richmond has balked at changing, including the centerpiece Robert E. Lee Bridge. A statue to Confederate Gen. A.P. Hill still stands in North Side, as does a marker to Richmond Confederate units that sits on the lawn of the Marsh courthouse in South Side. The courthouse is named for two Black legal icons, Henry L. Marsh III and his late brother, Harold M. Marsh Sr. 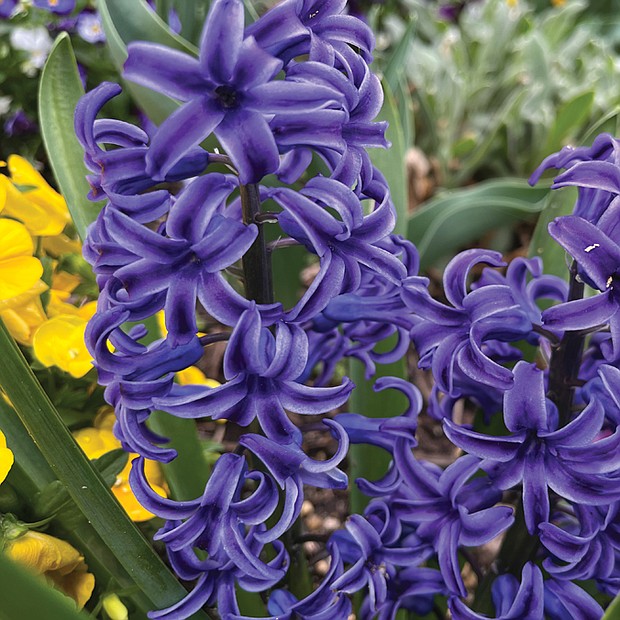 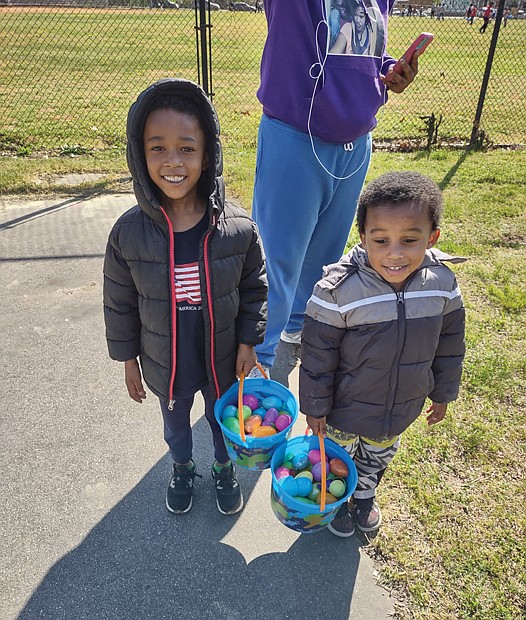 Jorel Jones, left, and his brother, Jordan, show off their impressive haul from the first annual Easter Egg Extravaganza held Sunday by the nonprofit No Residue & Co. at Lucks Field in the East End. The boys attended the egg hunt with their aunt, Briauna Saunders, and other relatives. They were among more than 60 children, mainly from Mosby Court, who participated in the fun family event. The Richmond Alumni Chapter of Kappa Alpha Psi Fraternity and P&F Contracting supported the event, with a team from the home renovation firm handling the cookout. Participants also received COVID-19 home test kits.