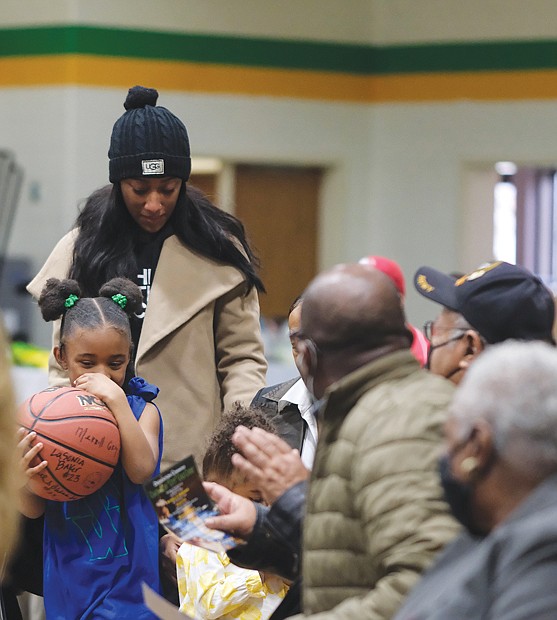 Kailyn Braxton, 6, and her mom, Bria Williams, the granddaughter and daughter of former deceased student-athlete Aldrey “Zach” Williams, carry a ball to be signed by players Dec. 10 at the dedication of the Coach Allen “Cutt” Cole Court at Henderson Middle School. 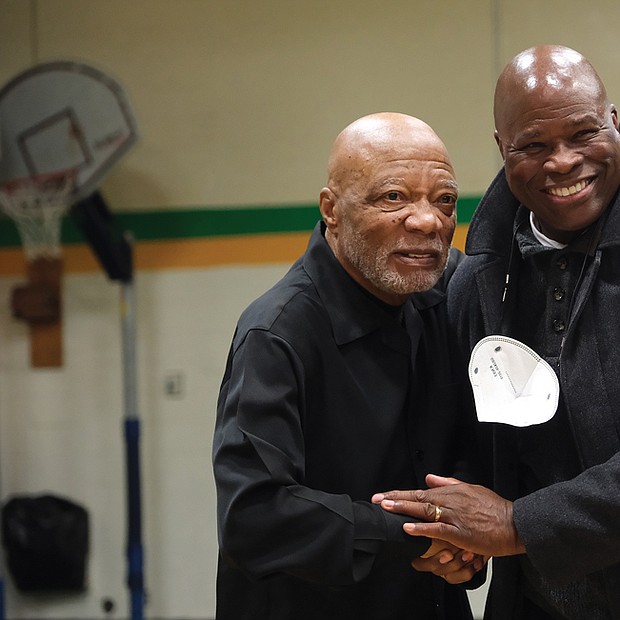 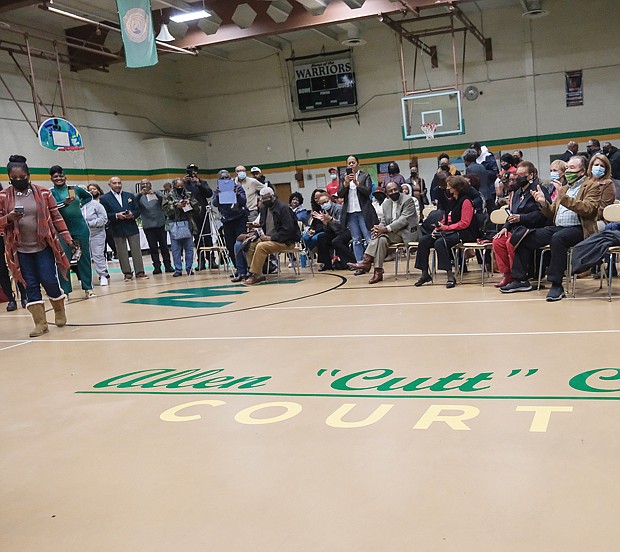 The last Confederate soldier on Richmond’s streets, Gen. Ambrose Powell Hill Jr., better known as A.P. Hill, was removed Monday from its pedestal at the intersection of Hermitage and Laburnum Monday, Dec.12,2022. After the nearly eight hours it took to remove the statue, masonry workers then searched for the general’s remains. They completed their task the next day after retrieving a skull, small bones and old cloth buried beneath molded stone under the monument. While the statue will be moved to an undisclosed location with 11 other city-owned monuments, Hill’s remains were being moved to a gravesite in Culpeper, purchased by the City of Richmond for $1,000. Eventually the monuments will be donated to the Black History Museum & Cultural Center of Virginia, according to City officials. 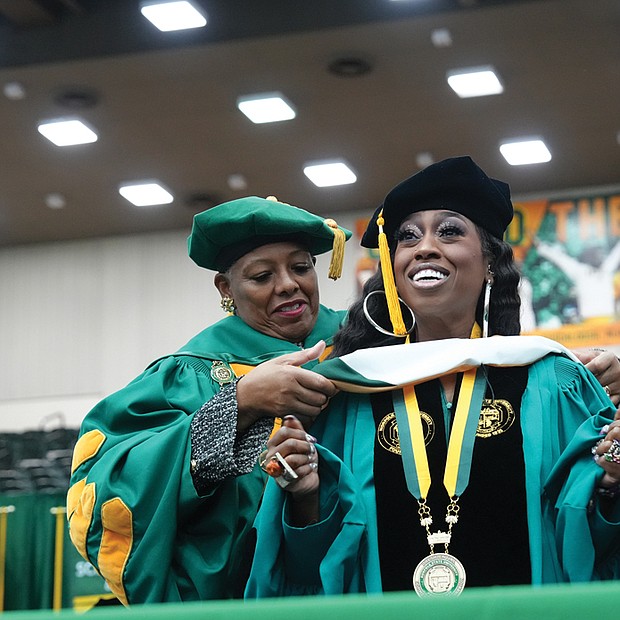 Hip-hop artist Missy Elliott delivered the keynote address to some 400 graduating students at Norfolk State University on Dec. 10. The Portsmouth-born singer and songwriter was awarded the Presidential Commencement Medallion and an honorary doctorate of humanities. She is shown with Dr. Javaune Adams-Gaston, president of Norfolk State University. 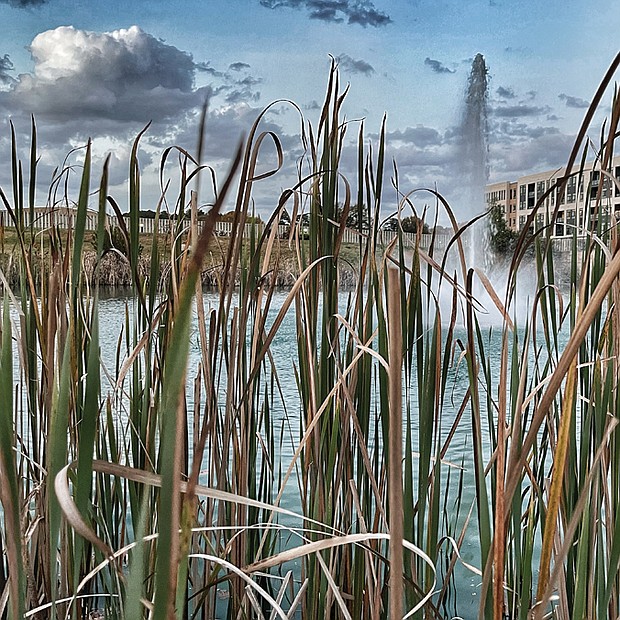 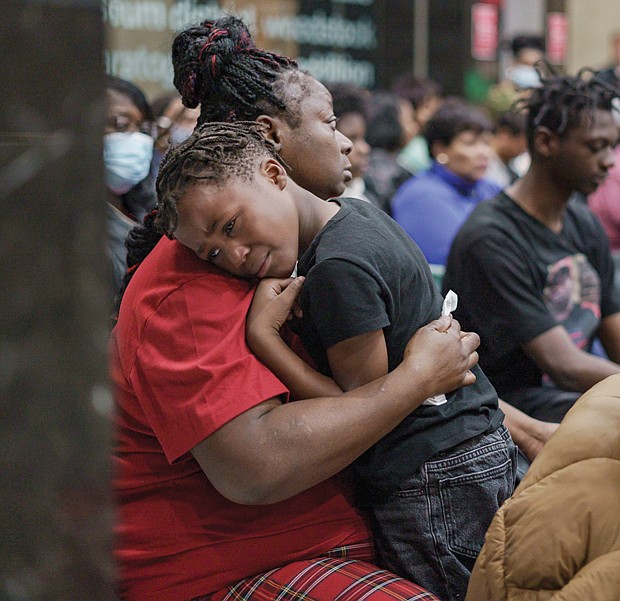 Families and friends of Richmond homicide victims gathered for the 32nd annual homicide victims’ memorial in the lobby of City Hall on Dec. 8. The program remembers those who have lost their lives to violence. 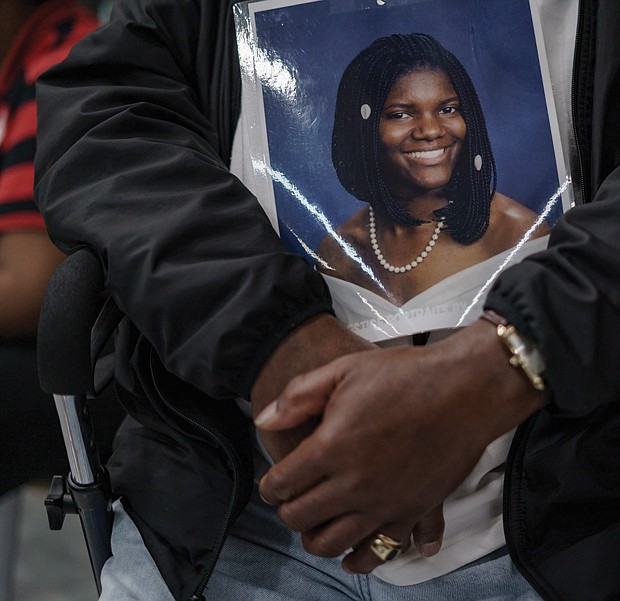 John Burnley holds a photo of his daughter, Juanita Burnley, who was shot and killed in 2007. 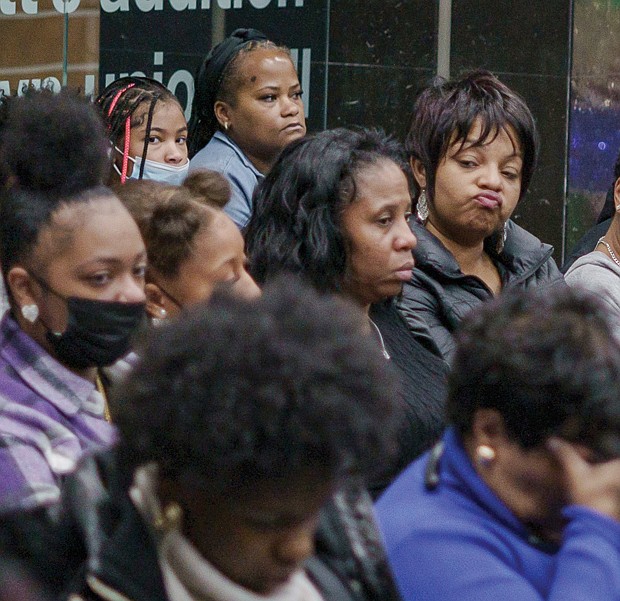 As of Oct. 30, 2022, 51 lives have been lost this year in Richmond, according to Richmond Police Department’s Major Crimes Unit. At this date in 2021, 67 lives were lost. For names of this year’s homicide victims, visit: https://www.rva.gov/police/major-crimes-unit#