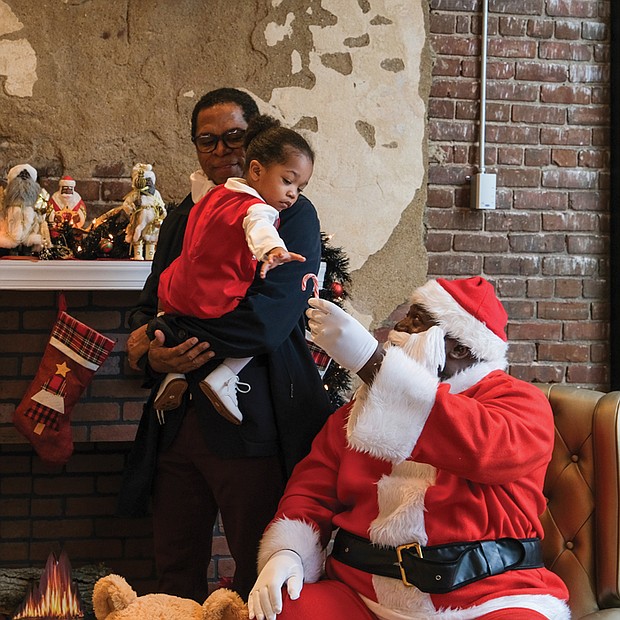 A reluctant Mazir George Harris, 2, needs the support of his grandfather, Dr. Monroe Harris, for his conversation with Soul Santa (Floyd Brown) at the Black History Museum and Cultural Center of Virginia earlier this month. 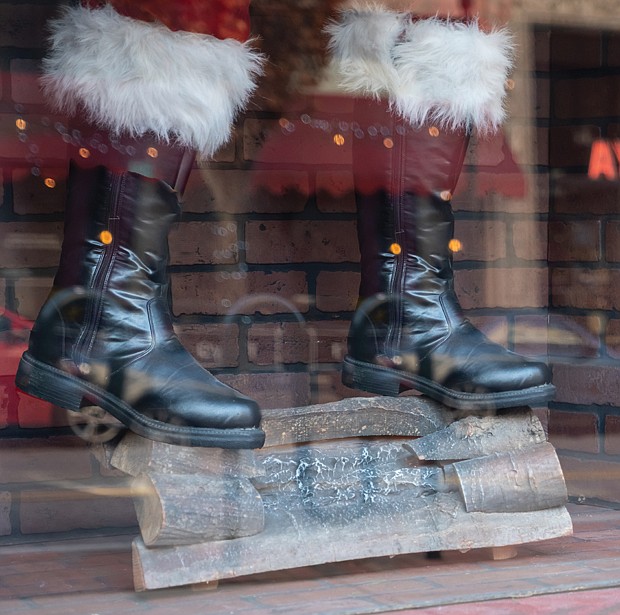 Santa seemingly is coming down the chimney in a storefront on Grace Street between 5th and 6th streets in the old Miller & Rhoads building in Downtown Richmond. Santa Claus, the legendary figure who is the traditional patron of Christmas in the United States and other coun- tries, brings gifts to children (and many grown-ups, too). His popular image is based on traditions associated with Saint Nicholas, a fourth-century Christian saint, according to Britannica. Miller & Rhoads was a Virginia-based department store chain with its Richmond location known for its “SantaLand” upstairs attraction. It closed in 1990, according to Wikipedia. 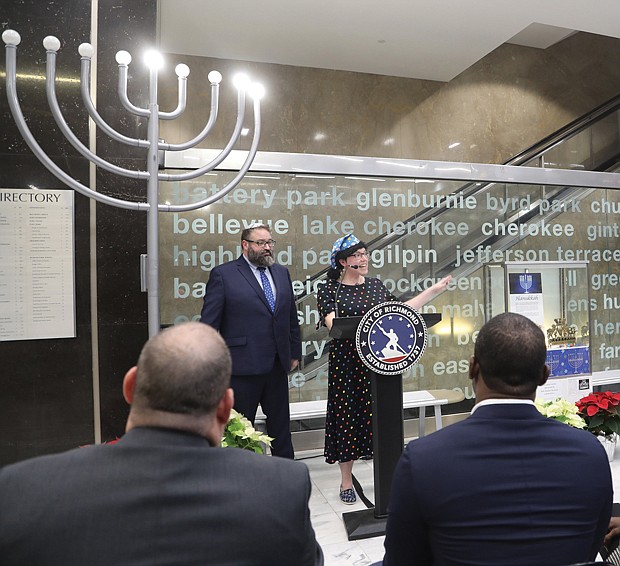 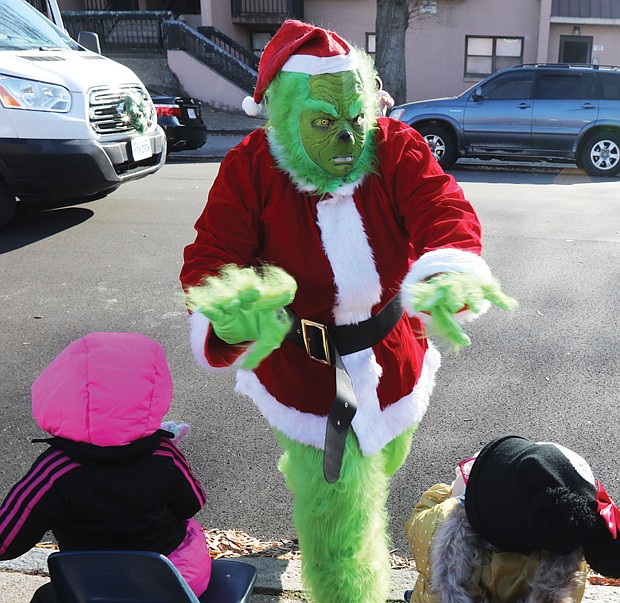 The Grinch who Stole Christmas appears to be in a good mood and the youngsters of the Friends Association for Children in Gilpin Court are just as excited to wave to him Tuesday during their annual Holiday Vehicle Parade. Other parade participants included the Victory 7 Mustang Club, Richmond Police Department, members of Richmond City Council and School Board and the Richmond Public Schools Lit Limo, who had Santa waving from a bus window. 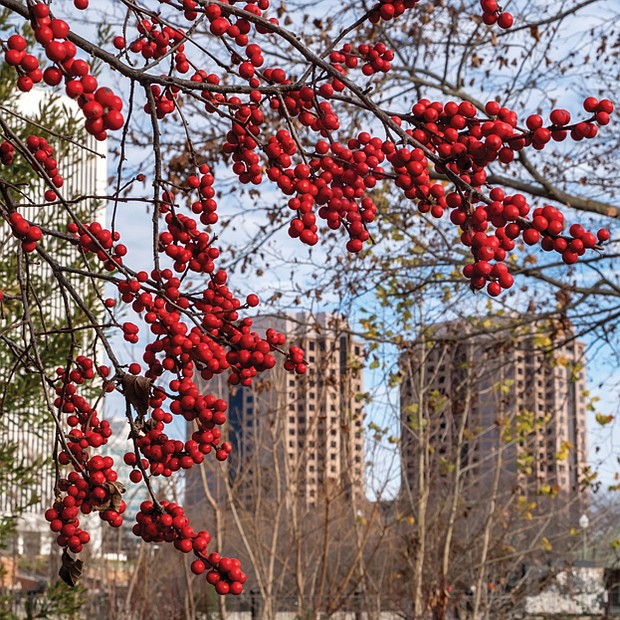