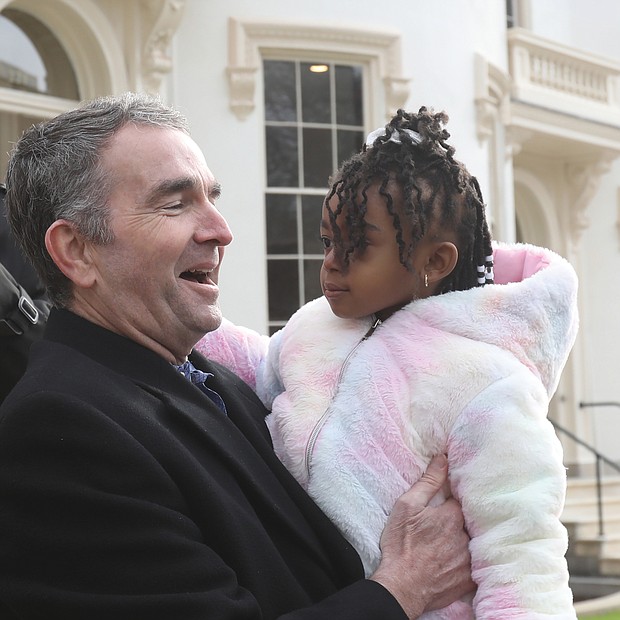 Gov. Ralph S. Northam greets 3-year-old Kamara Townes following the Jan. 7 renaming and dedication of a row of state-owned historic homes on Governor Street in Capitol Square. Both the governor and the youngster occupy a place in Virginia history. Gov. Northam is the 73rd governor of the Commonwealth, serving from Jan. 13, 2018, until his term ends this Saturday, Jan. 15. Last week, he dedicated the three newly renovated buildings, formerly known as Morson’s Row, in honor of Dr. William Ferguson “Fergie” Reid, the first Black person elected to the General Assembly following Reconstruction. One of the three buildings now called Reid’s Row was dedicated as the “Townes House,” in recognition of the Townes family that has worked at the Executive Mansion since the 1970s. Kamara is the youngest of that historic lineage. Her father, Martin C. Townes Jr., and his parents and sister are the current Townes family members serving there. Mr. Townes is the deputy butler, while his father, Martin “Tutti” Townes, is the head butler. 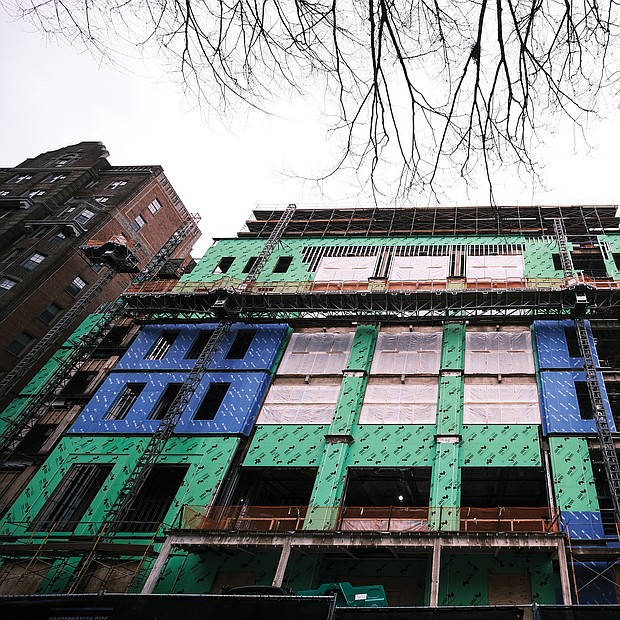 Progress continues on the construction of Virginia Commonwealth University’s new home for instruction in STEM, or science, technology, engineering and math. More than $120 million is being poured into the development of the six-story building that replaced the now demolished in Richmond Franklin Street Gymnasium, 817 W. Franklin St. The vacant gym was torn down in 2020, clearing the way for this new development that will include the Math Exchange’s innovative instruction, a science learning center, computer labs, wet and dry sciences labs and classrooms for teaching chemistry, biology, physics, psychology and kinesiology as well as math. The building, which is to be complete within a year, will be a hub for VCU’s College of Humanities and Sciences and enable VCU to graduate more students with STEM degrees that are in high demand. 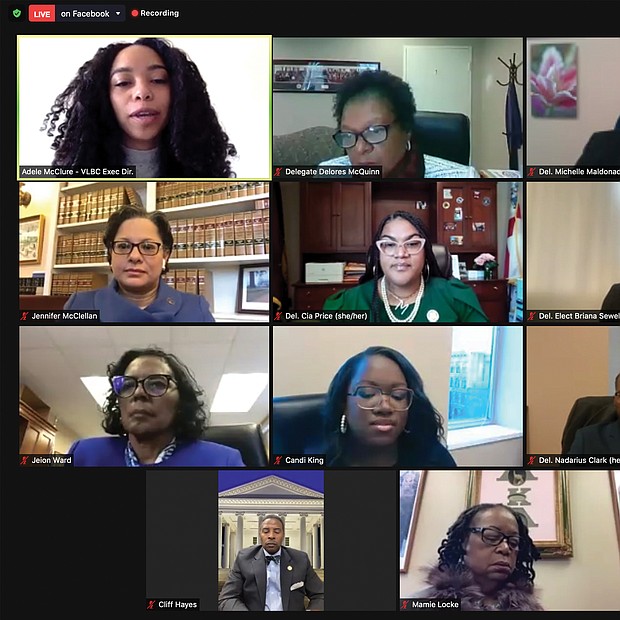 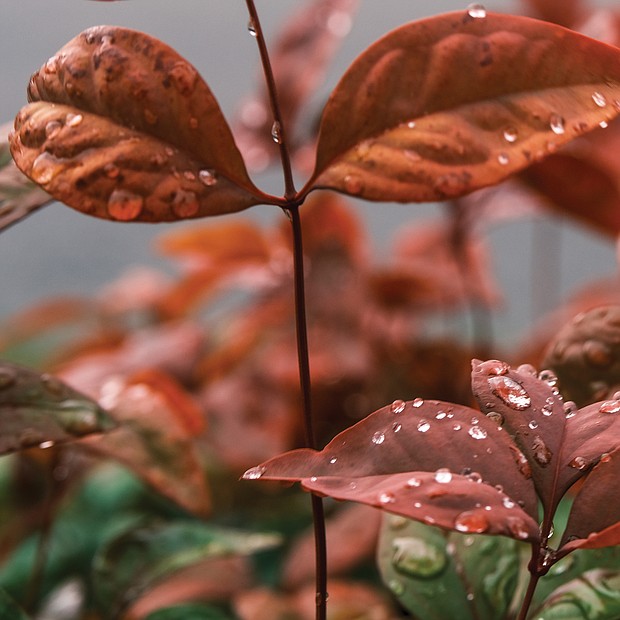 Raindrops in North Side