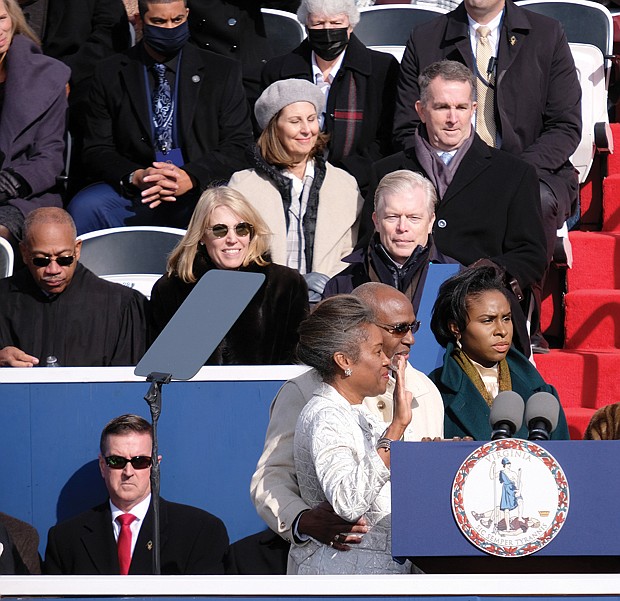 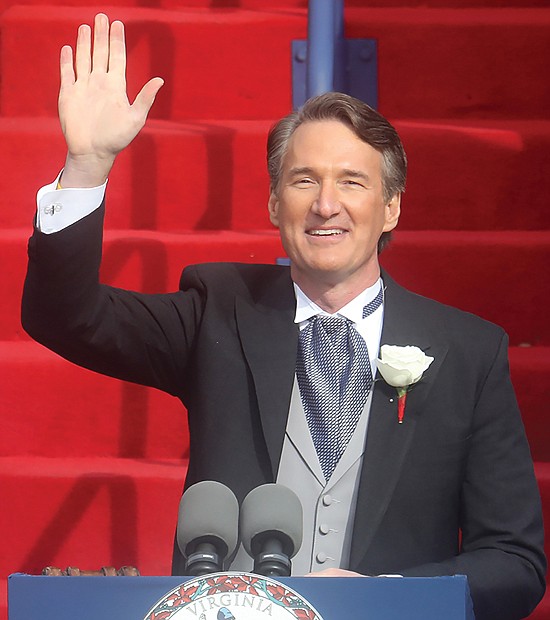 Gov. Glenn A. Youngkin waves to a cheering crowd after delivering his inaugural address. He is the state’s 74th governor. 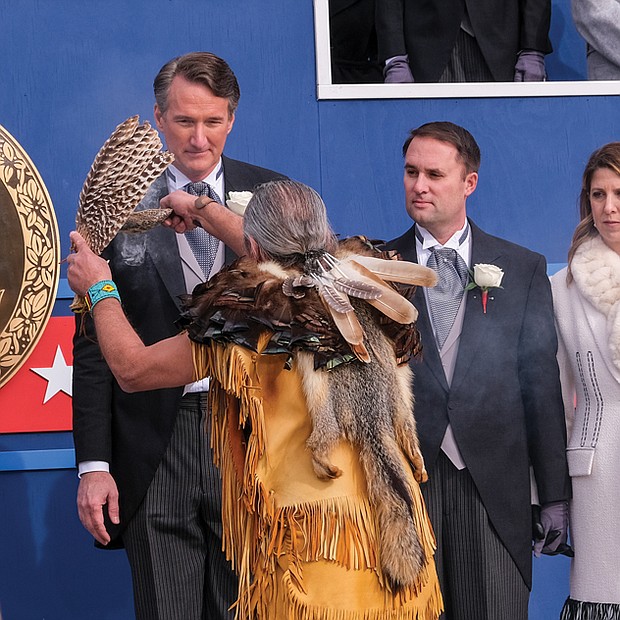 A representative of Virginia’s Indian Tribes performs a blessing over newly inaugurated Gov. Glenn A. Youngkin following his inaugural address. Members of several tribes took part in the Blessing of the Ground in front of the State Capitol, which has become a traditional part of the state’s inaugural ceremonies. At right are Attorney General Jason Miyares and his wife, Page Atkinson Miyares. 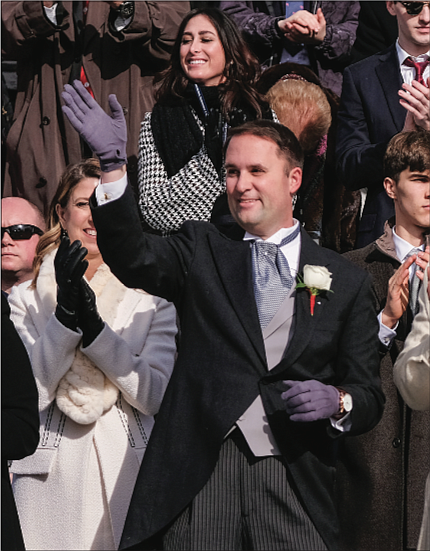 Jason Miyares waves to the crowd after he is sworn in as Virginia’s first Latino attorney general. 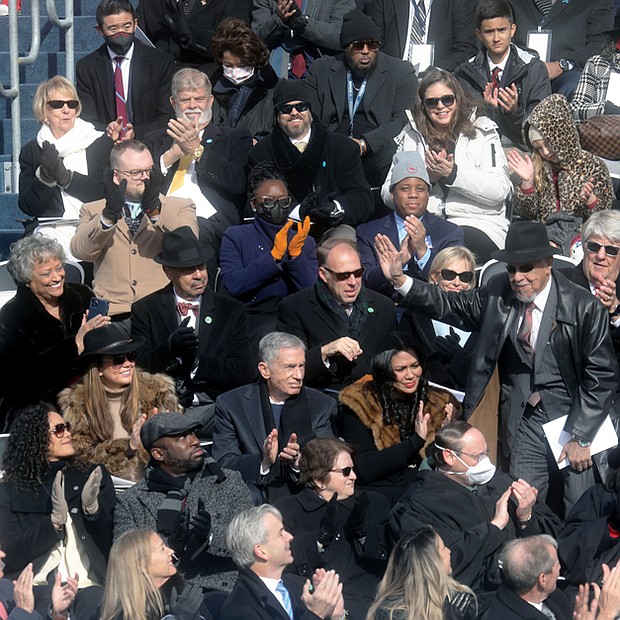 Former Gov. L. Douglas Wilder stands and waves to the crowd from his seat on the platform with other dignitaries after being acknowledged by Gov. Glenn A. Youngkin during his inaugural address. Gov. Wilder, who served as an honorary co-chair and adviser to the gubernatorial transition team, was among eight former governors attending last Saturday’s official event. Also attending were former Govs. Chuck Robb; Mark Warner and Tim Kaine, who both currently serve in the U.S. Senate; George Allen; Jim Gilmore; and Bob McDonnell. Outgoing Gov. Ralph S. Northam ceremonially turned over the keys to the Executive Mansion and posed for a photo with the auspicious group of former leaders before the swearing in, and left the ceremony after the oath of office was administered. Former Gov. Terry McAuliffe, who lost November’s election to Gov. Youngkin, did not attend. 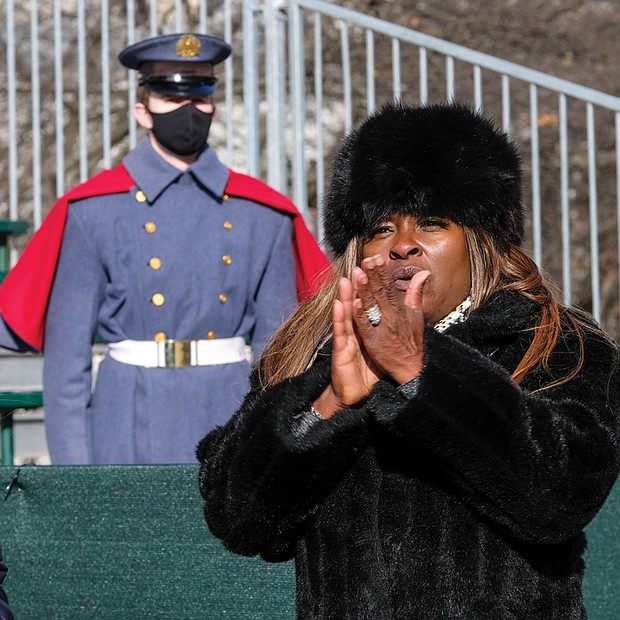 Shirley Green of Fredericksburg stands and applauds following the a cappella rendition of the national anthem performed by state Delegate Christopher T. Head of Botetourt County and Sen. John A. Cosgrove Jr. of Chesapeake. 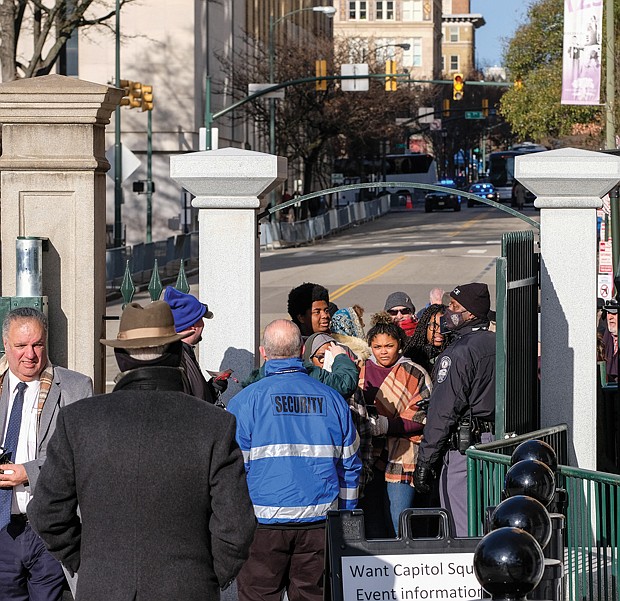 A long line of people wait at the gate at 9th and Grace streets to go through security to enter Capitol Square for the inauguration. 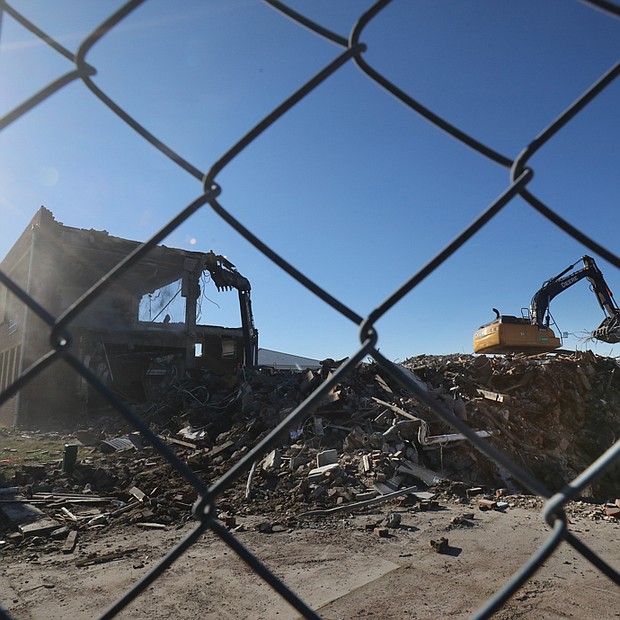 Crews with heavy equipment have started demolishing the former George Mason Elementary School at 29th and O streets in Church Hill. The school building, which is 99-years-old, was replaced by Henry L. Marsh III Elementary School. Demolition was authorized in mid-2020 when City Council voted 6-3 to clear the old building and its two later additions. The new adjacent school, which formally was opened in September, is named for Mr. Marsh, 88, a retired civil rights lawyer who was Richmond’s first Black mayor and a former state senator. He attended George Mason Elementary School de- cades ago. Supporters of the demolition said removing the building that dates to 1922 would provide needed space for an expanded playground for Marsh Elemen- tary students. Foes of demolition saw the historic building as ripe for conversion to elderly housing that would have allowed young people at the school to interact with elders and create a stream of revenue for the public school system. 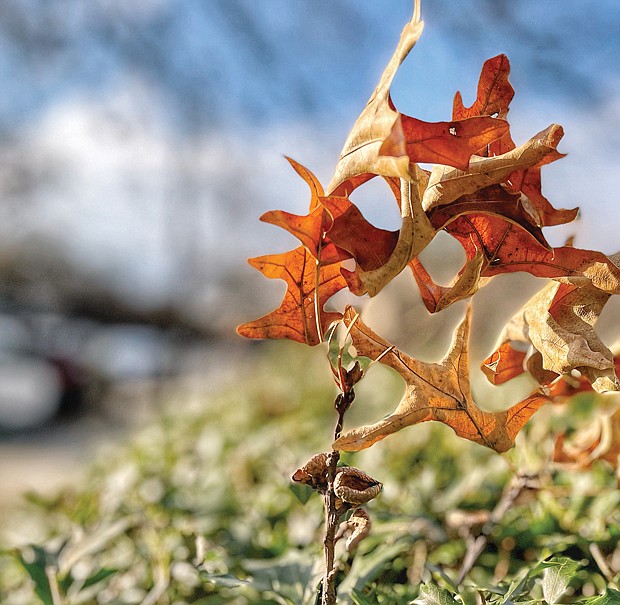 Nature’s sculpture in the West End