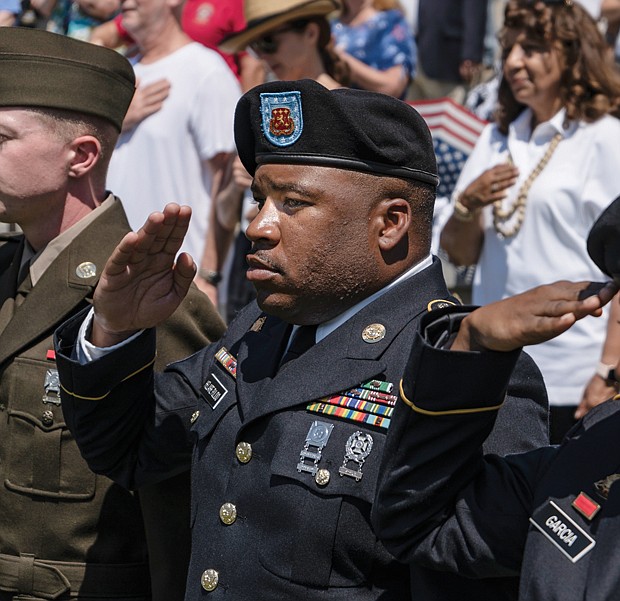 Richmonders and members of the U.S. military attended the Commonwealth Memorial Day Ceremony at the Virginia War Memorial in Richmond on Monday. Memorial Day, a federal holiday, typically is observed by mourning U.S. military personnel who died while serving in the U.S. armed forces. The Virginia War Memorial, established in 1955, was originally dedicated to Virginians killed in World War II and the Korean War. In 1980, the Shrine was enlarged to honor Virginians killed in action in the Vietnam War. 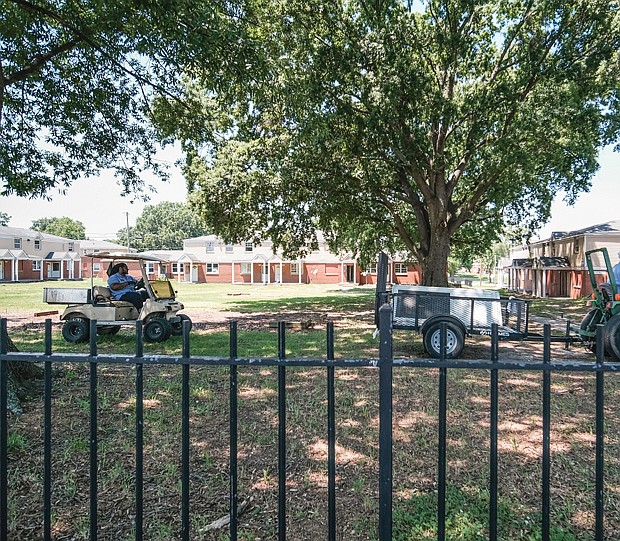 As part of the Phase 1 transformation of the Creighton Court public housing community into a mixed-income community, Richmond Redevelopment and Housing Authority workers prepare to remove storm doors from vacant units on Nine Mile Road. 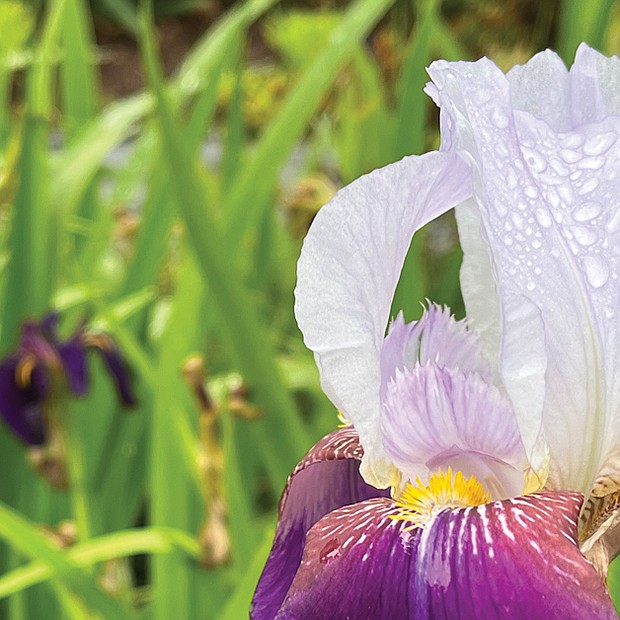 Morning dew on Iris in the West End 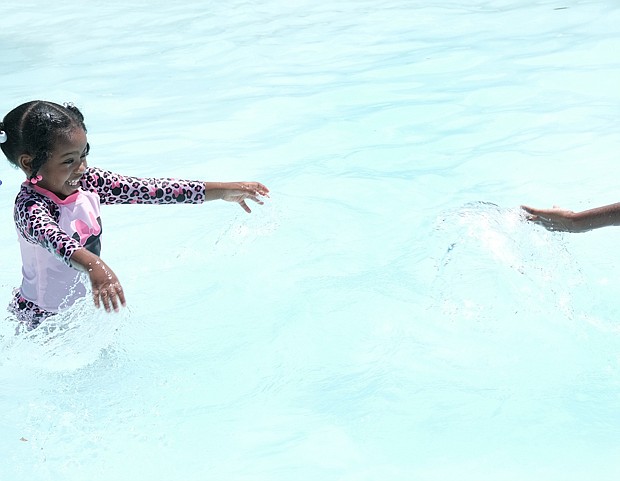 Xuri Griffn Williams, 2, and her 8-year-old brother Kamari Stone cool off in the Blackwell Community Pool in South Side on Memorial Day weekend. The Blackwell Pool was one of four city pools open for the holiday. 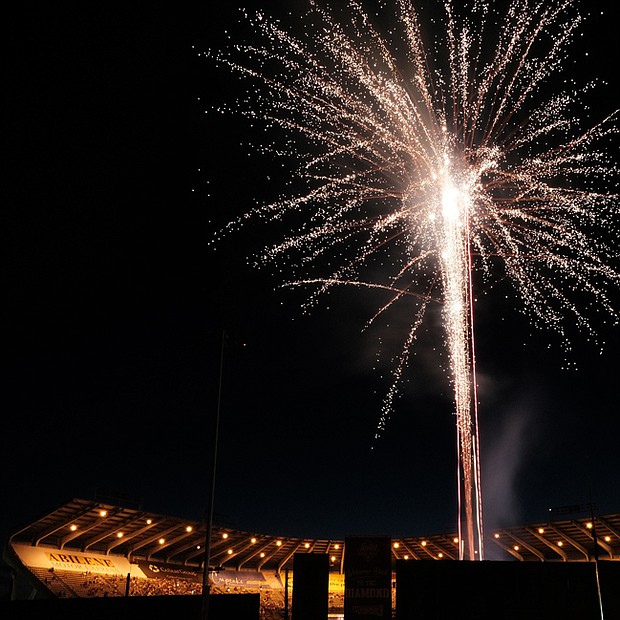 Fireworks at The Diamond last Saturday, after the Richmond Flying Squirrels game against Hartford kick off the Memorial Day weekend in Richmond. 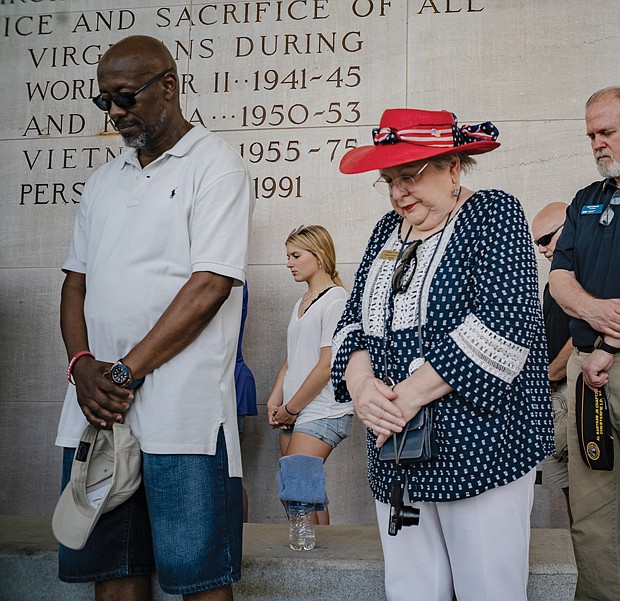 Richmonders and various members of the U.S. military attended the Commonwealth Memorial Day Ceremony at the Virginia War Memorial in Richmond on Monday. 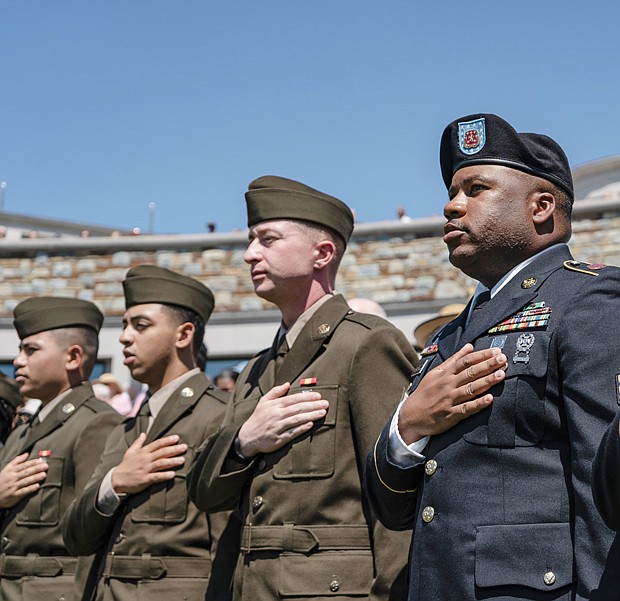 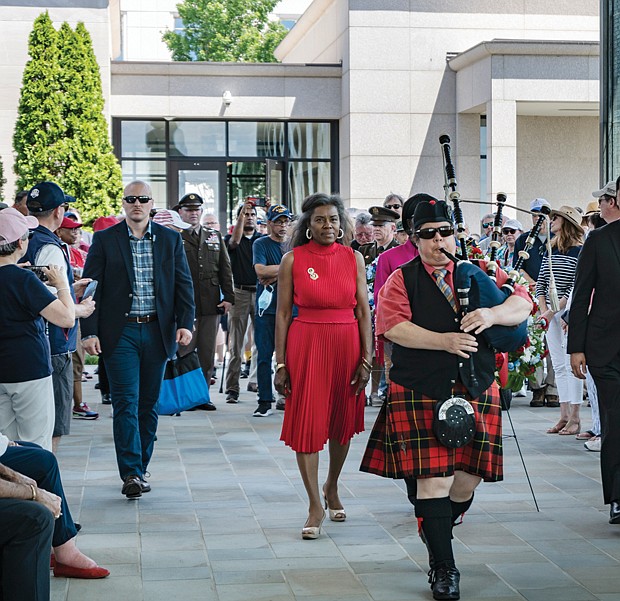 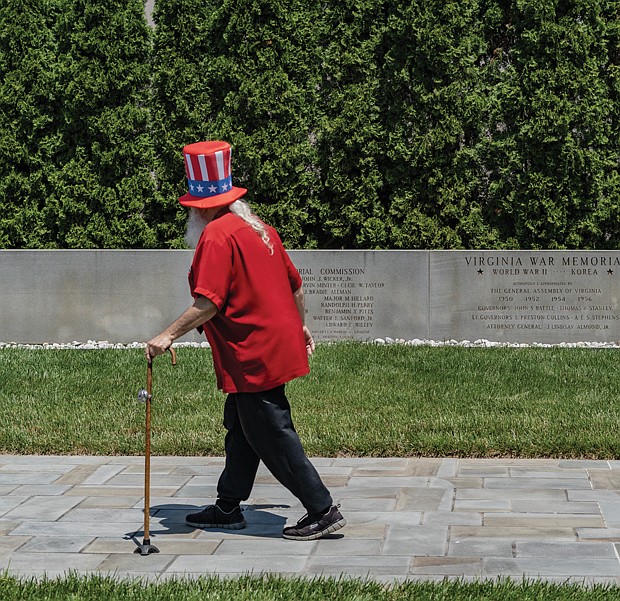 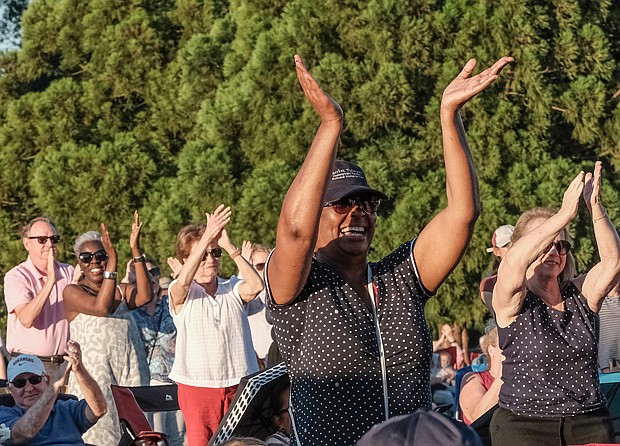 The Richmond Symphony saluted health care employees during a free community performance last Saturday in Chimborazo Park. Under the guide of Richmond Symphony’s Music Director Valentina Peleggi, the concert showcased the VCU Health Orchestra and the Richmond Symphony Chorus on the park’s Big Tent stage. Soloists included April Martin and Rodrick Dixon. Among the musical treats was a grand joint performance of the final movement of Beethoven’s Ninth Symphony featuring “Ode to Joy.” 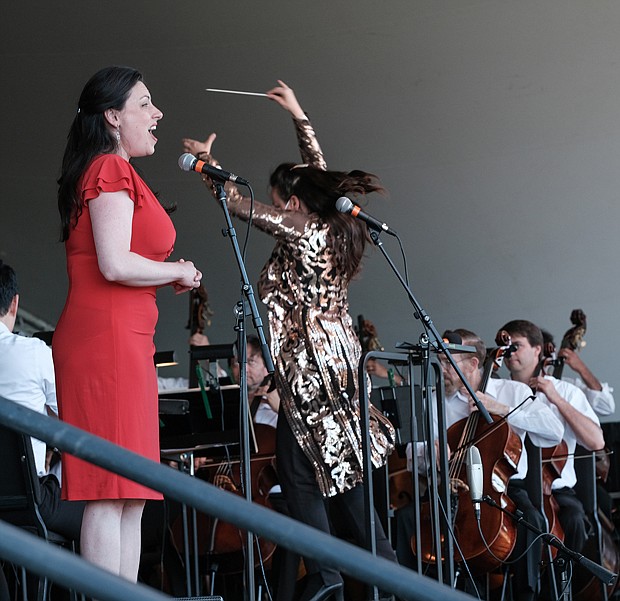 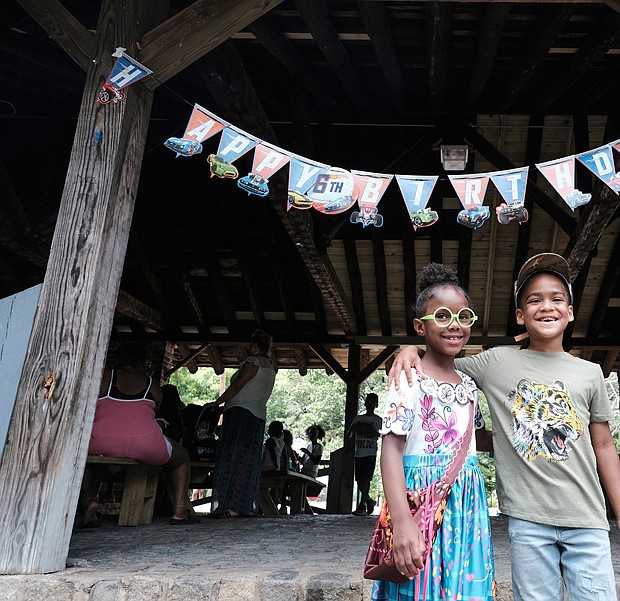 Cousins Serenity Epps, 7 left, and Amir Sanchez, 6, celebrate their birthdays during a family celebration in Forest Hill Park during the Memorial Day weekend.