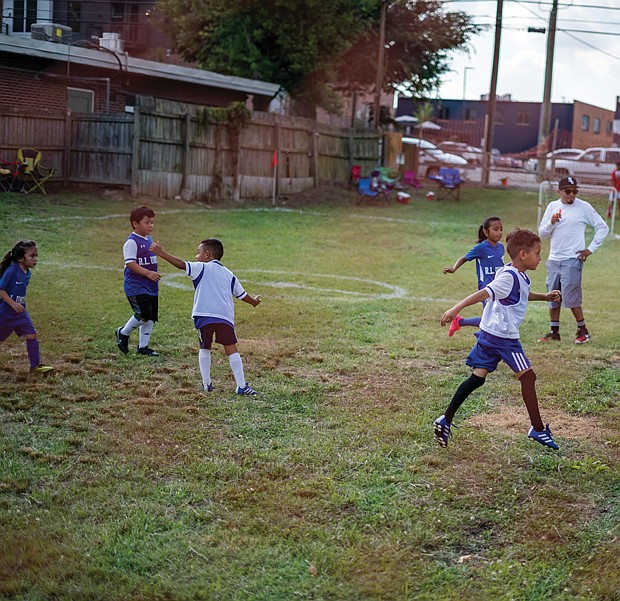 A game of soccer is always on the menu as these energetic children demonstrated on June 25 during the 15th Latino Festival at Sacred Heart Church on Perry Street in Richmond’s South Side. 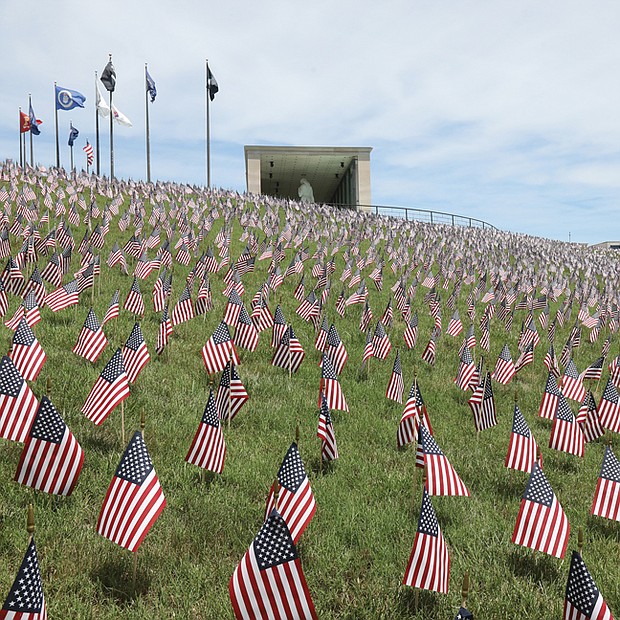 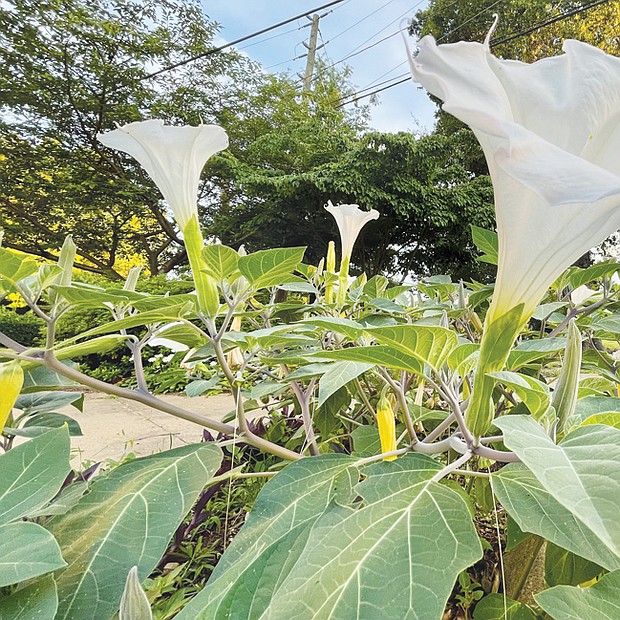 Trumpet flowers in The Fan 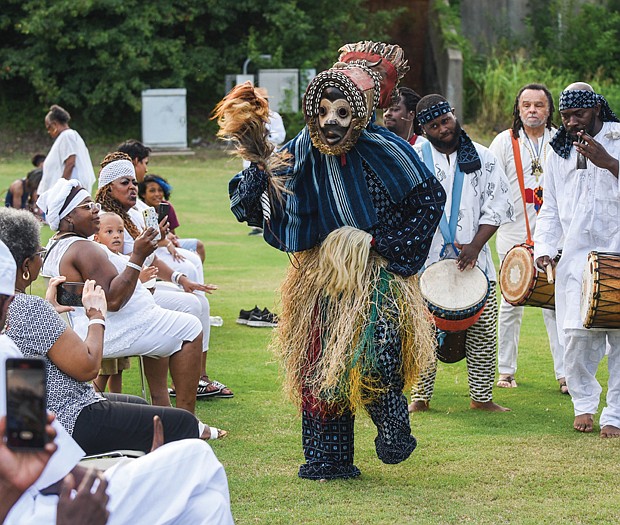 “Look Back, Focus Forward” was the theme for the Elegba Folklore Society’s Juneteenth “2022 Freedom Celebration” event at Richmond’s African Burial Ground in Shockoe Bottom on June 26. The evening event featured Elegba’s African dancers, music and vendors. This was the 26th anniversary of the event, which also included a youth summit, speakers and a night walk. 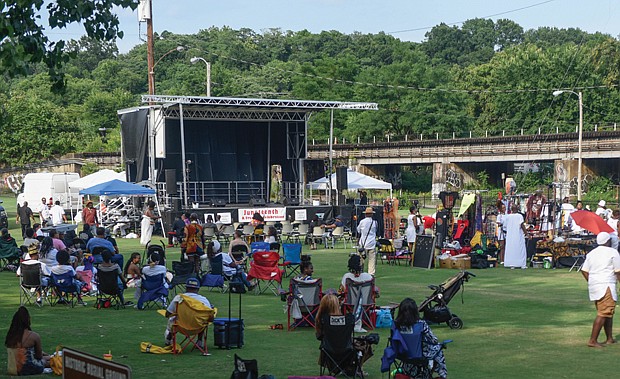 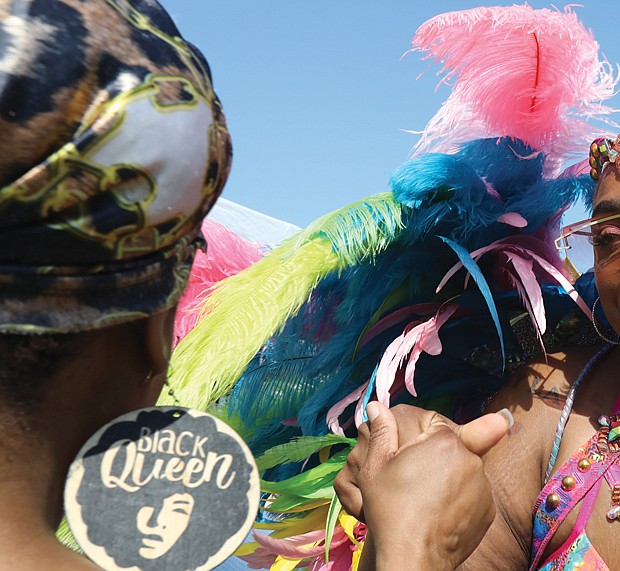 Marie Dumont-Pierce of Chesterfield, left, feels the music and dances with Nissa Edmonds of Norfolk, who is a part of a group called, Natural vyb Mas Carnival Band. Ms. Dumont- Pierce is in her carnival costume during the 2nd annual Caribbean American Heritage Festival June 25 at Henrico County’s Dorey Park in Varina. The free event attracted long lines of people waiting to enter the park for the food trucks, vendors and live music. 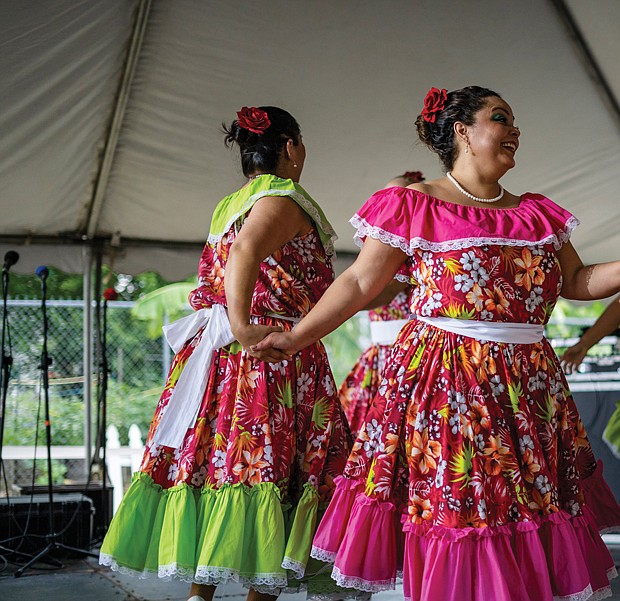 Patron Saint festivals, or Fiestas Patronales, are celebrated in Latino communities everywhere, including Richmond. On Saturday, June 25, crowds showed up for the 15th RVA Latino Festival at Sacred Heart Church in South Side Richmond. The 1400 Perry St. celebration brought together families and friends to enjoy raffles, food, games, music and performances. 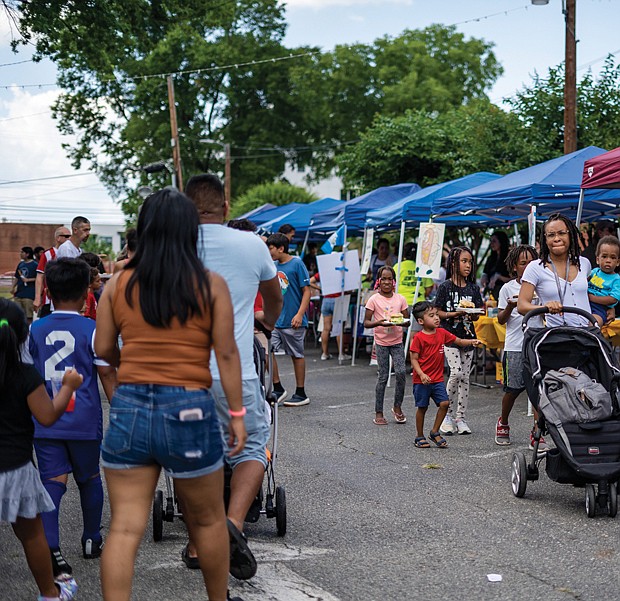 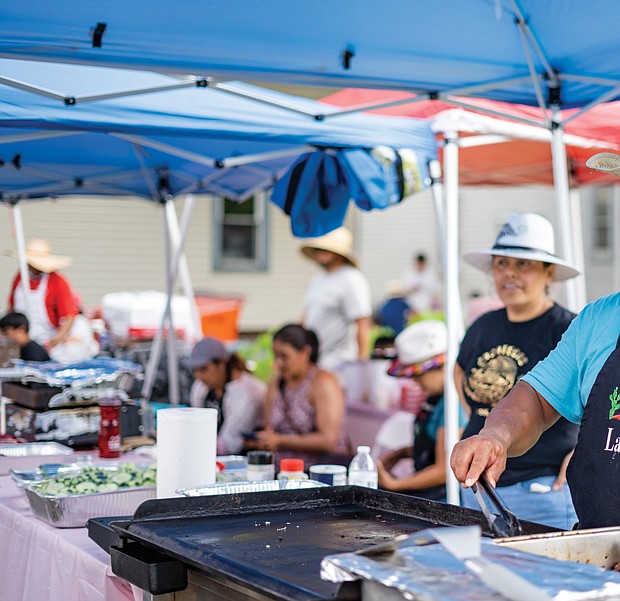