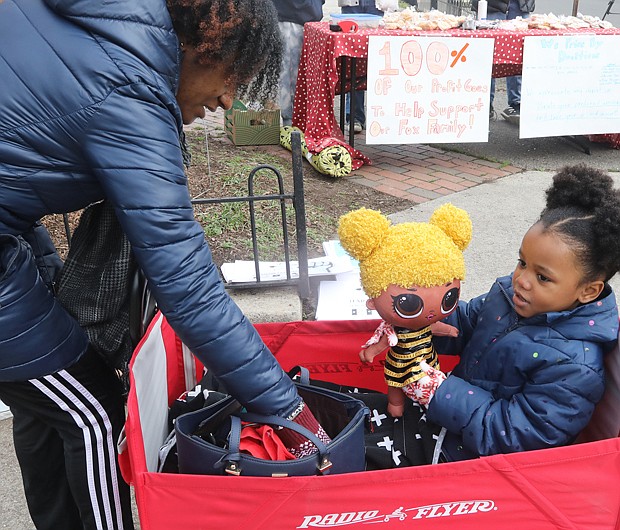 Harmony McKenzie, 4, makes her presence known as she attends the March to Fund Safe Schools last Saturday with her grandmother, Katina Harris, president of the Richmond Education Association. About 100 people walked from William Fox Elementary School on Hanover Avenue in The Fan to Monroe Park calling for funding to upgrade or replace Virginia’s aging schools. Before the march, Ms. Harris paused to support a bake sale benefiting the Fox School community in the wake of the Feb. 11 fire that destroyed the building. The school opened in 1911. Many of those attending the march called for a new George Wythe High School to replace the decaying school building in South Side that opened in 1960. Harmony attends the pre-school at Mary Scott School in North Side. 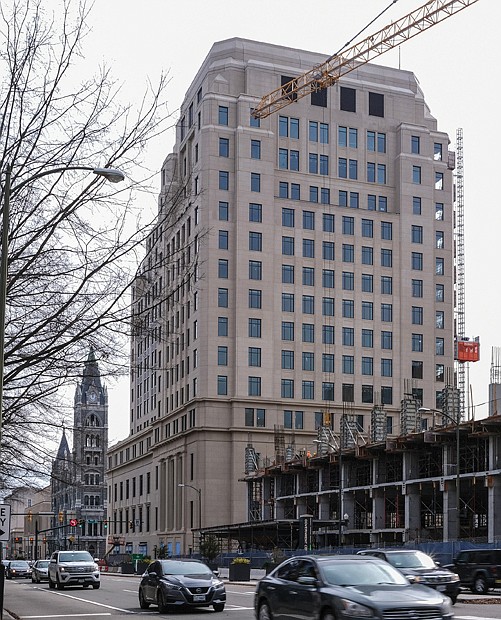 Traffic on Broad Street flows past the new 15- story General Assembly Building at 9th Street in Downtown. More than $191 million is being invested in the building that was in planning since 2016, with development work starting in 2018. State officials are hoping Gilbane Construction can wrap up the work by this fall so members of the Virginia General As- sembly can be in their new offices ahead of the 2023 legislative session. Their offices were moved during the construction to the Pocahontas Building at 900 E. Main St. The new General Assembly Building replaces the former offices, which was comprised of four connected buildings with the tallest at 11 stories. The site once was home to the Richmond office of the Freedman’s Bureau after the Civil War and the Richmond Freedman’s Bank that largely served Black people. The site later was home to the Life Insurance Co. of Virginia before the state purchased it several decades ago. 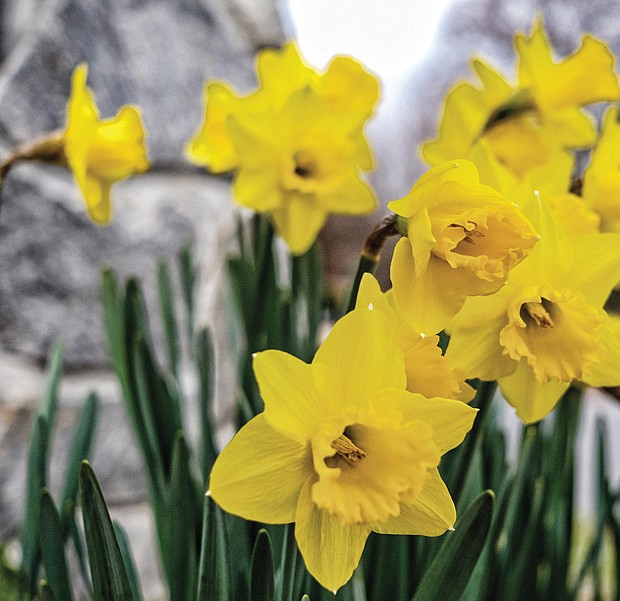 Daffodils in North Side