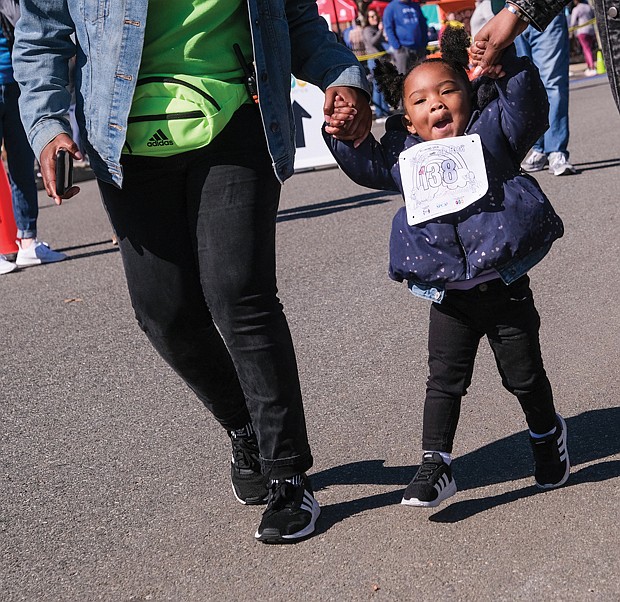 Year-old Deilani Bland-Murph holds on to the hands of her mother, Tyshell Bland, right, and that of a Richmond SPCA volunteer at last Saturday’s 20th Annual Dog Jog and 5k to benefit the pets in the care of the local SPCA. People and their pets came from all over the region to participate in the event held at the SPCA, 2519 Hermitage Road near The Diamond. The day was packed with games and activities for people of all ages. Deilani’s mom and the volunteer helped her on the “Little Paws” Fund Run for the youngest of all. The day kicked off with a 5K run/walk for people, followed by a leisurely mile-long Dog Jog for people and their dogs. 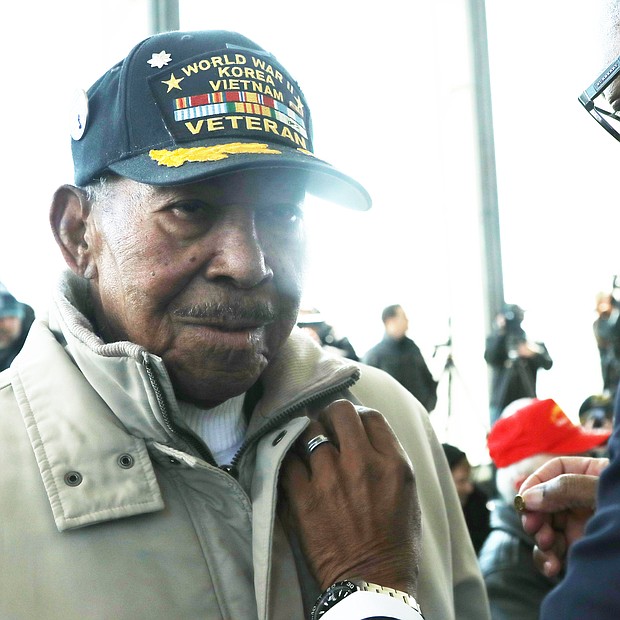 Retired Army Lt. Col. Jona McKee, 93, receives a pin Tuesday honoring his service during the Vietnam War from Craig Crenshaw, right, state secretary of Veterans and Defense Affairs. The Henrico County resident was one of hundreds of veterans of the war awarded the Virginia pins at the ceremony held on National Vietnam War Veterans Day at the Virginia War Memorial in Downtown. He was the standout. Gov. Glenn A. Youngkin, who delivered the keynote address, noted that Lt. Col. McKee also had fought in World War II and the Korean War and is in the National ROTC Hall of Fame for doubling enrollment in the military training program at his alma mater, Virginia State University, during the five years in the 1970s that he taught military science there. During his tenure, more than 260 VSU students were commissioned as officers, a record at the time. More than 230,000 Virginians served in the armed forces during the Vietnam conflict. Today, Virginia is home to more than 710,000 veterans. 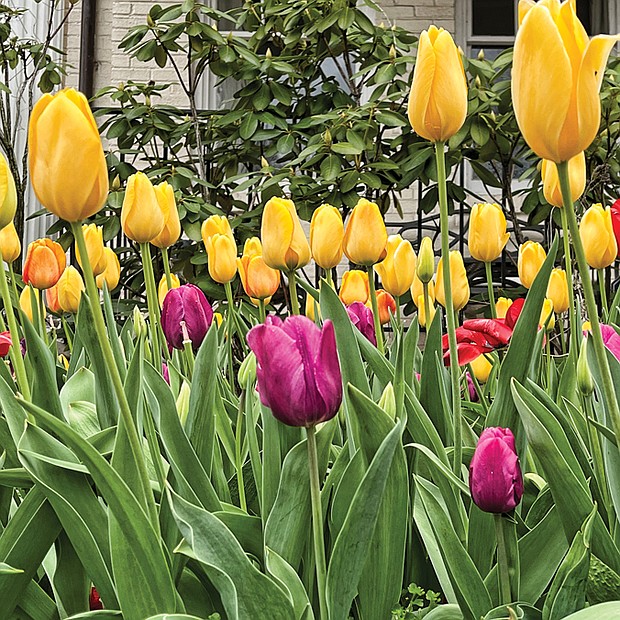 Tulips in The Fan