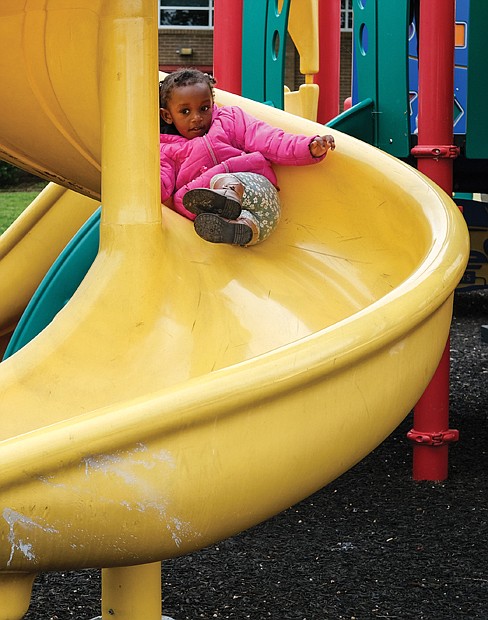 Jaliyah Blue, 2, takes a ride on a slide at the annual Strawberry Street Festival held last Saturday at Clark Springs Elementary School in Randolph. The event typically takes place at William Fox School in The Fan. But the school sustained major damage in a fire in February, and the students were moved earlier this week to Clark Springs. The festival benefits the Fox Elementary PTA and featured carnival games, a raffle, food trucks, music and strawberries. 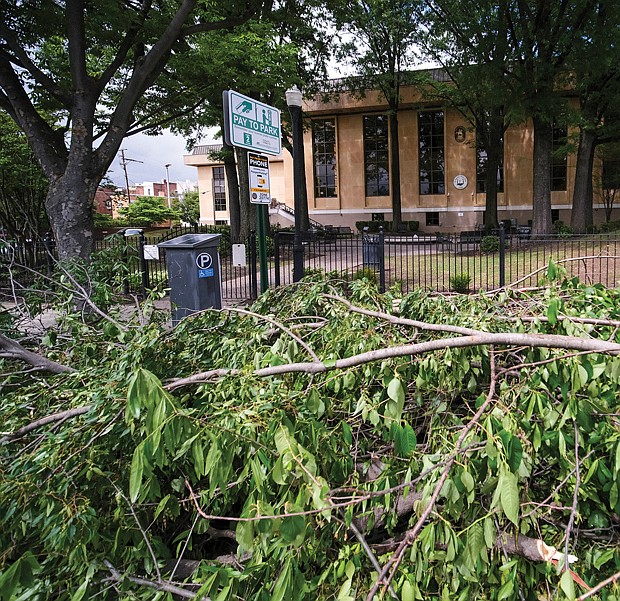 Downed tree limbs are piled along Main Street behind the Main Library in Downtown after brisk winds and heavy rain pummeled the city May 6. Friday Cheers and other outdoor events were canceled, and some schools closed early after the U.S. Weather Service included Richmond in a tornado watch. No twisters developed, but more than an inch of rain soaked the area during the storm. 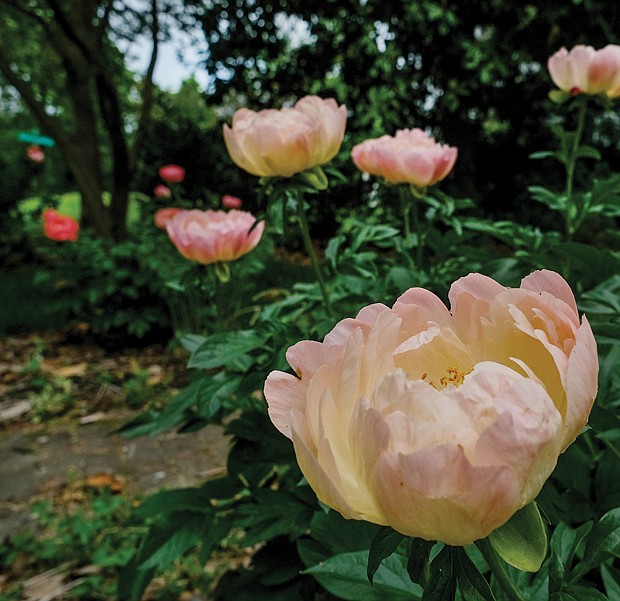 Peonies on South Side 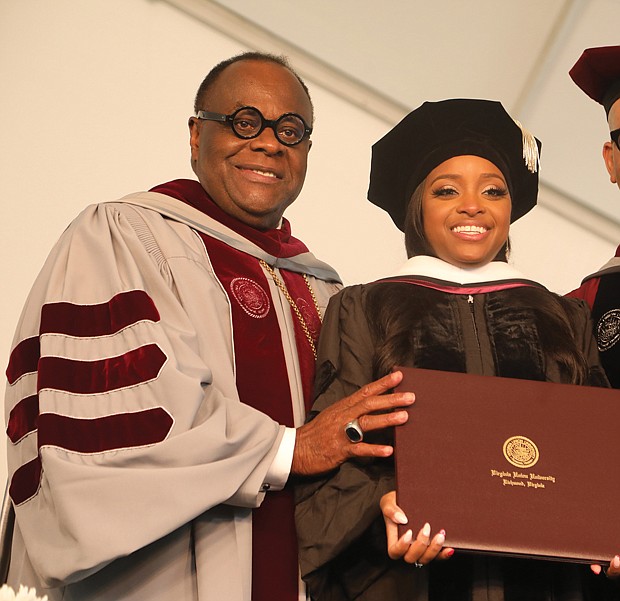 Social activist Tamika D. Mallory, who delivered the commencement address, smiles after receiving an honorary degree. She is flanked by Dr. W. Franklyn Richardson, left, chairman of the VUU Board of Trustees, and VUU President Hakim J. Lucas.

Anthony Samuels of Trenton, N.J., gets close to the podium to photograph his daughter, VUU valedictorian Brielle Le’Shay Samuels, as she spoke during the ceremony. Tears of pride and joy streamed down his cheeks as he captured the moment. 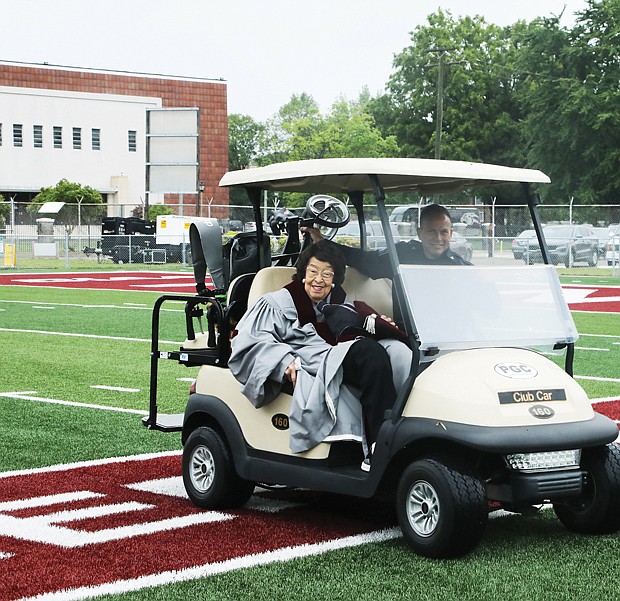 Dr. Lucille M. Brown, an Armstrong High School graduate, 1950 graduate of VUU, member of the VUU Board of Trustees and former superintendent of Richmond Public Schools, is give a motorized escort by campus police to the commencement exercises at Hovey Stadium. 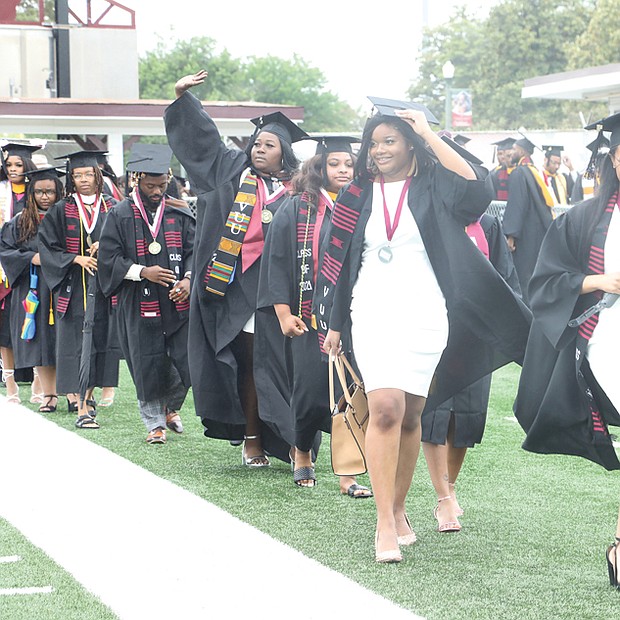 Members of the graduating class march into the stadium at the start of last Saturday’s 123rd Commencement exercises. It was the first in-person commencement at VUU since 2019, and graduates of the classes of 2020 and 2021 also marched. 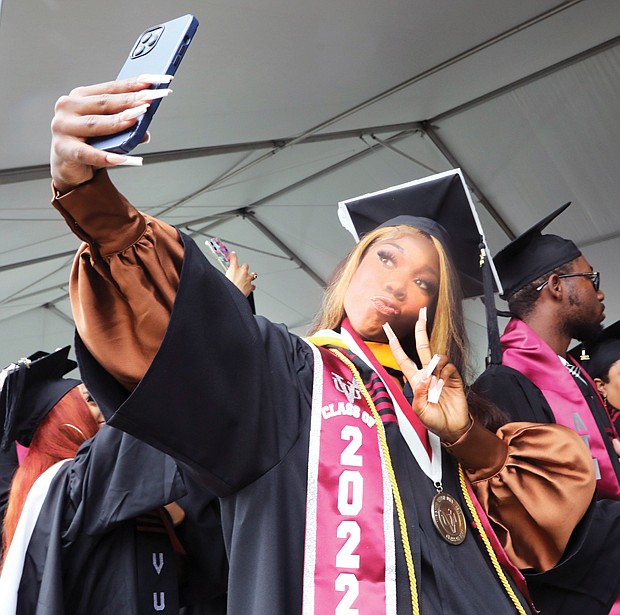 Tyonna Parker of Washington, D.C., a chemistry major who also minored in mathematics, takes a quick selfie during the ceremony. VUU President Hakim J. Lucas asked students to pause and take a selfie and tag themselves on social media. 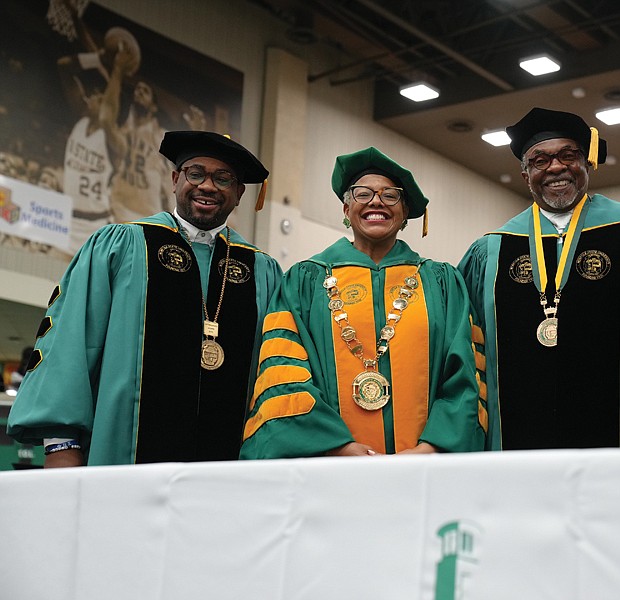 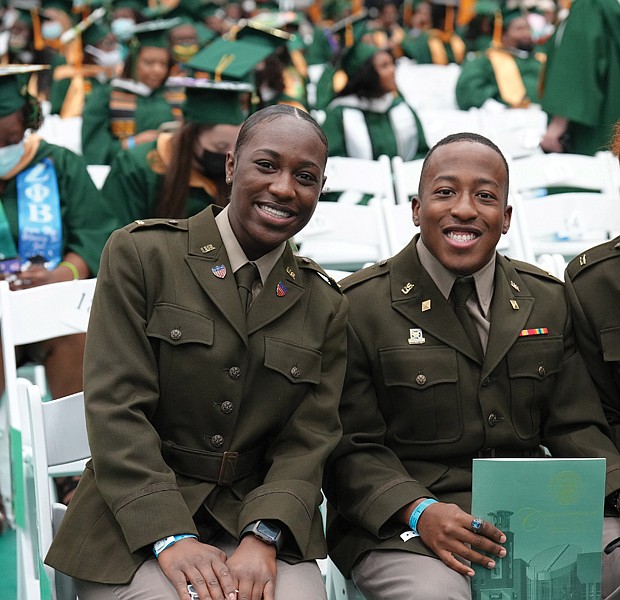 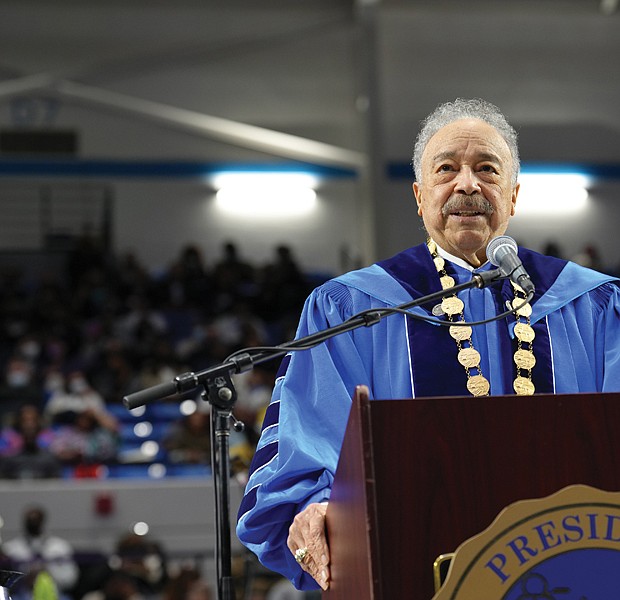 Dr. William R. “Bill” Harvey offers words of advice to graduates during his final commencement as Hampton University’s president. He is retiring in June after 44 years at the helm. 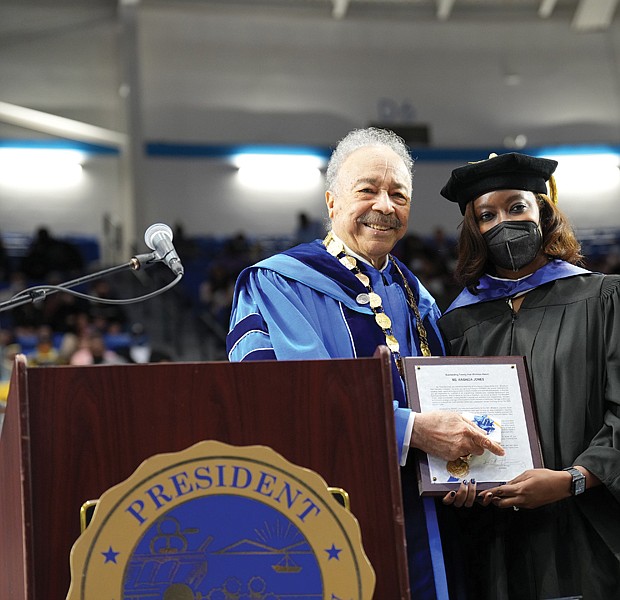 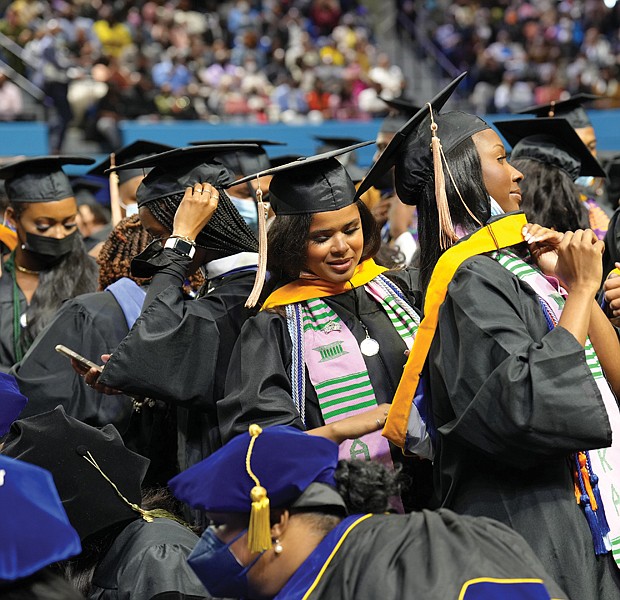