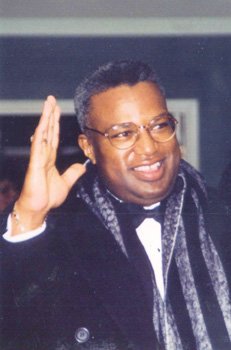 It was on the second floor of a purple house on North Side.

His wife, Sylvia, managed a popular floral shop, Bouquets by Sylvia, on the first floor.

The couple shared the space at Brookland Park Boulevard and Edgewood Avenue for nearly 20 of their 49 years of marriage.

Mr. Richardson practiced law in the city for more than 30 years.

His passion was entertainment law, his wife said.

She recalled the couple flying to the Bahamas to attend an entertainment law conference with such icons as Stevie Wonder.

He had a deep love for music and dreamed of being the president of a major recording label, his wife said.

He also was a general counsel and won judgments for clients as a personal injury attorney.

“He was a ball of sunshine,” Sylvia D. Richardson related. “He was always happy and jovial.”

Family and friends celebrated his life at a memorial service Thursday, Sept. 18, at Wesley Memorial United Methodist Church in the East End.

His ashes are to be scattered in Darlington, S.C., at the gravesites of his parents — Willie Richardson Sr. and Berlin Stevenson Richardson.

Mr. Richardson was born and raised in nearby Cheraw, S.C. He came from a close-knit family of educators who emphasized reading. He was reputed to have read an entire set of encyclopedias as a child.

His wife-to-be lived across the street from his family. She often baby-sat his younger brother and sister, Mrs. Richardson recalled. The two became friends, dated and went through school together before leaving to attend different colleges.

He earned a bachelor’s degree in biology from South Carolina State and, after graduation, was drafted into the Army. He was stationed at Walter Reed Army Medical Center in Washington, where he performed military-sanctioned experiments.

Mr. Richardson caught rheumatic fever as a result of research on a rhesus monkey, which led him to suffer health problems later in his life, Sylvia Richardson said.

The couple wed in 1964, a year before they moved to Richmond, where they had their son, Timothy A. Richardson.

Mr. Richardson worked in sales before embarking on his journey to pursue a law degree. He moved the family to Durham, N.C., where he attended the North Carolina Central School of Law. He graduated in 1976 and returned to Richmond to practice law.

In addition to his wife and son, survivors include two brothers, R. Jerome Richardson and Bismarck Richardson, and a sister, Brenda R. Johnson.