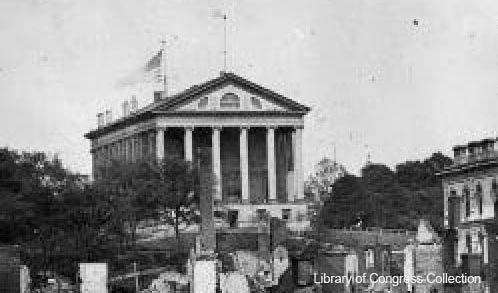 The U.S. flag flies once again over the city of Richmond on April 3, 1865, proclaiming Union victory over Confederate forces in the city and liberation for thousands of enslaved men, women and children. It also signals that the Civil War, which ravaged the nation for four long years, would soon come to an end. In celebration of the 150th anniversary of the liberation of Richmond and its people from the bonds of slavery, the Free Press is publishing a three-part series providing an overview of the African-American experience in the war and in Richmond and vicinity during this momentous time. The second installment appears below.

The Free Press presents a three-part installment chronicling the African-American experience during the liberation of Richmond in April 1865 and the final days of the Civil War. This is Part Two. 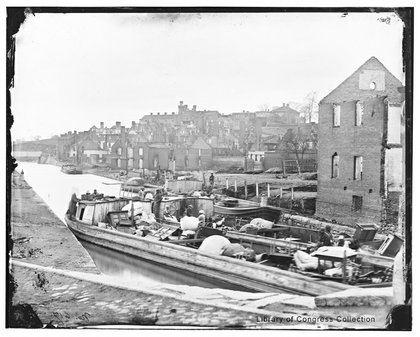 Newly liberated black people with all they own are packed onto a boat on Richmond’s Kanawha Canal as the charred ruins of the city stand in the background in this photograph, circa April-June 1865.

In the early morning hours of April 3, 1865, the first Union troops arrived in Richmond.

Isaac J. Hill, a 38-year-old soldier from Pennsylvania who enlisted with the 29th Regiment of the Connecticut Colored Troops, wrote about events he witnessed as Confederates fled and his Union regiment moved to liberate Richmond and its enslaved people. 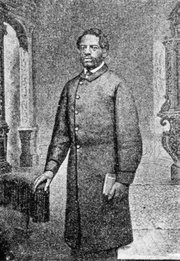 Photo courtesy of “Out of the Briars” by A.H. Newton/Library of Congress Collection

Isaac J. Hill of the 29th Regiment of the Connecticut Colored Troops triumphantly marched into Richmond with the other Union troops on April 3, 1865.

“During Sunday night the brigade was out in line of battle, and at three o’clock in the morning the rebels blew up three gun boats and commenced vacating their works in our front. At 5 A.M. the troops commenced to advance on the rebel works — the 29th taking the advance, the 9th U.S.C. Troops next. Soon refugees from the rebels came in by the hundreds…

“…On our march to Richmond we captured 500 pieces of artillery… The main body of the army went up the New Market road. The 29th skirmished all the way, and arrived in the city at 7 A.M., and were the first infantry that entered the city; they went double quick most of the way. When Col. Wooster came to Main Street he pointed his sword at the capitol, and said “Double quick, march,” and the company charged through the main street to the capitol and halted in the square until the rest of the regiment came up.

The honor of being the first troops to enter Richmond has been accorded to several regiments and continues to be debated. What is irrefutable, however, is that members of the United States Colored Troops were among the first to enter, if not the first.

What also cannot be refuted is the profound irony of the liberation of Richmond by men of color, many of whom had been sold from the capital of the Confederacy.

Thomas Morris Chester, the only known black reporter to cover the Civil War for a major daily newspaper, chronicled the entry of black troops into Richmond and their reception for the Philadelphia Press.

“ …The General [J. Godfrey Weitzel] and staff rode up Main street amid the hearty congratulations of a very large crowd of colored persons and poor whites, who were gathered together upon the sidewalks manifesting every demonstration of joy.”