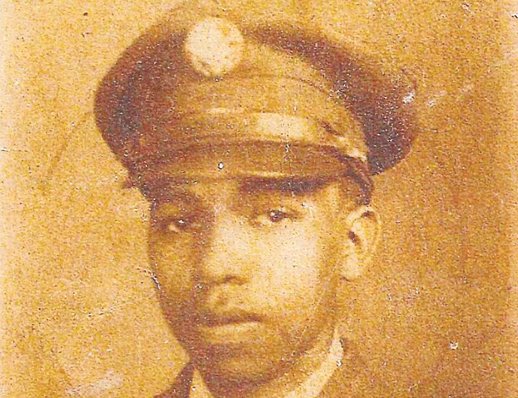 Sixty-four years after Army Cpl. Lindsey Clayton Lockett died from insufferable conditions in a prisoner of war camp in North Korea, his remains were brought home and laid to rest in an emotional ceremony Saturday in Richmond, surrounded by tearful but proud family members.

“He’s finally home. He’s back where he was born and raised. My family didn’t know if they’d ever find him.”

More than 100 people, including family, friends, veterans and other supporters, attended the poignant memorial service for Cpl. Lockett at New Deliverance Evangelistic Church in Chesterfield County, where Mr. Lockett is a deacon emeritus.

In addition to his son, other family members in attendance included Cpl. Lockett’s widow, Anna Lockett Brown, now 82, and his grandson, Leonardo Lockett, 44, a sergeant with the National Guard Reserves.

“This was a great American fighting man until he died in faith,” Bishop Gerald O. Glenn said during the eulogy.

“God knew this man’s remains needed to come home to the sovereign grounds of the Commonwealth of Virginia.”

After graduation, he enlisted in the U.S. Army Reserve.

When he finished his duty with the reserve, he got a job at McGuire VA Medical Center.

He had a passion for styling hair, especially women’s hair, and enrolled in Turpin’s Barber and Beauty School that he attended on weekends.

He met his future wife, Anna Wallace, while styling her hair. He asked her out on a date and their relationship blossomed.

He told his commanding officer he wanted to get married before heading to Korea. He was given three days, and the couple wed at St. Philip’s Episcopal Church on North Side, where he was a member.

She was 17 and pregnant with Lindsey Jr. at the time.

It also was the last time they would be together. While fighting the enemy near Kunuri, North Korea, Cpl. Lockett was taken prisoner.

His actions during combat “helped save the lives” of other soldiers, Bishop Glenn told the memorial gathering.

“Before us today, brothers and sisters, we have a true American hero,” he said.

Cpl. Lockett died in a prisoner of war camp on May 31, 1951, of malnutrition, pneumonia and jaundice, his son said.

“The guys that did get out said my father stood up against things that were wrong and didn’t back down,” Mr. Lockett said. “He refused to eat what they gave him because it was things like rats, snakes, worms and other detestable things.”

After years of an agonizing, unsuccessful search to discover Cpl. Lockett’s whereabouts, the family believed he had died and been buried in North Korea. They thought his body would remain there forever, given the tumultuous political climate between North Korea and the United States.

“Every few years, we’d get a call from one of the military guys telling us they hadn’t given up on finding him,” Mr. Lockett said.

Cpl. Lockett’s family later found out his remains had been moved in the early 1950s and buried as an unknown at the National Memorial Cemetery of the Pacific in Honolulu, Hawaii, also known as the Punchbowl Memorial. His name is inscribed along with the names of 28,788 military personnel who are missing in action or were lost or buried at sea in the Pacific on marble slabs at the memorial’s Courts of the Missing.

“DNA from the collarbone is like a fingerprint,” Mr. Lockett said.

Officials contacted the family in early December with news about positively identifying his remains. They said his remains would be returned to Richmond for a proper burial.

The news “was an early Christmas present to our family,” Mr. Lockett said.

Following Saturday’s service, seven soldiers from Fort Lee carried the flag-draped casket to a hearse, where they saluted Cpl. Lockett after placing the casket in the vehicle.

There, Cpl. Lockett was buried with full military honors in a moving ceremony that included a 21-gun salute. An officer handed his widow a U.S. flag folded 13 times to symbolize his life and service to his country.

He continued: “Like Bishop Glenn said at the memorial service, my father’s bones cried out from North Korea to come home. And God was faithful to the life and soul of my father to bring him home to be with his family.”