Delfonics to perform Saturday at Down Home Family Reunion 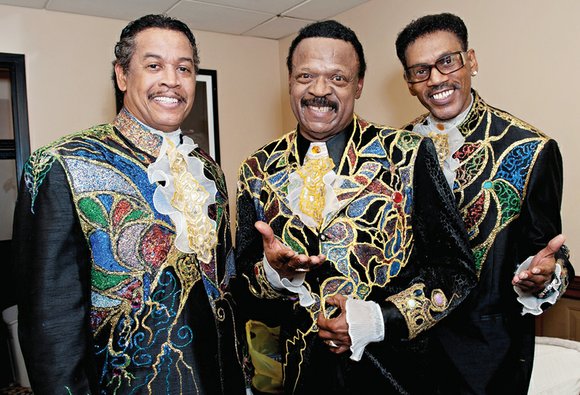 The Delfonics will headline the 25th Annual Down Home Family Reunion Saturday, Aug. 15, in Abner Clay Park at Leigh Street and Brook Road in Jackson Ward.

The featured trio will include its longtime leader, William Hart, the singer-songwriter who helped found The Delfonics in the 1960s, and two current singers, Garfield Fleming and Johnnie Johnson, according to the host Elegba Folklore Society.

The Delfonics will cap the family festival of African-American folklife that will run from 4 to 11 p.m.

Admission is open to the public without charge. However, a VIP Circle is available for $30 and includes special seating and complimentary food and beverages.

The program also will feature Afrobeat with Benin’s Jah Baba, Lady E & the Blues Sensations, BanCaribe and the Elegba Folklore Society Dancers, it has been announced.

There also will be a separate stage for area youth performers.

J. Ron Fleming, a Richmond actor, will once again emcee the event that will include craft demonstrations, a heritage market and food vendors.

Long splintered, The Delfonics began in Philadelphia with Mr. Hart, two friends and his younger brother, Wilbert Hart, who now tours with his own Delfonics group.

Before the brothers split in 1975, their group caught the rising tide of R&B music in the late 1960s, soaring to popularity on the strength of their smooth vocals, trademark dance steps and William Hart’s songs, including such hits as “He Don’t Really Love You,” “La La Means I Love You,” “Ready Or Not,” “Didn’t I Blow Your Mind,” “Trying To Make A Fool Of Me” and “The Way Things Are.”

The Delfonics long included Major Harris, a Richmond native best known for his solo hit “Love Won’t Let Me Wait,” before his death in 2012.