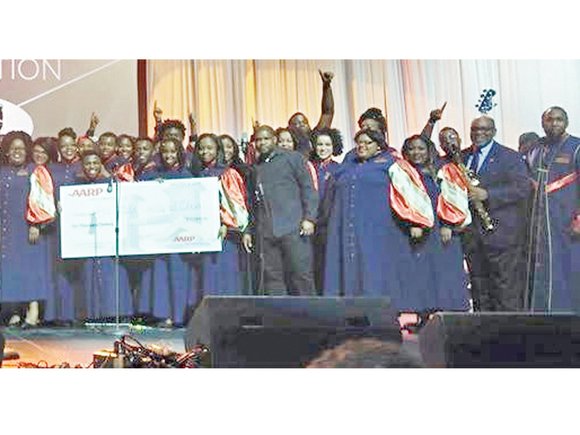 The VSU group received $10,000 for its winning effort, according to the university.

The group was the first college choir to participate in the competition, and went head to head against six church choirs from Florida, Indiana and North Carolina.

Judging for the competition was based on crowd appeal, according to competition officials.

Judges praised the VSU Gospel Chorale for its ability to sing different styles of gospel, as well as its praise, worship and ministry.

The group’s performances from each round are posted at www.facebook.com/vsugospelchorale.

The win adds to the VSU Gospel Chorale’s notable accomplishments in competitions dating back 20 years. In 2013, it was the first college gospel choir to appear on NBC’s popular “America’s Got Talent” TV show and advanced to the show’s quarterfinal round.

In 2012, the group competed against 49 choirs in Verizon’s “How Sweet the Sound” national invitation competition and won the People’s Choice Award and $5,000.