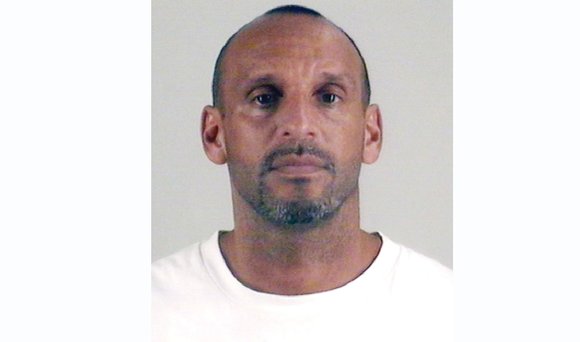 Geronimo Aguilar once walked into services at the packed former Richmond Outreach Center worship services like a rock star. He waved to excited congregation members as about a half-dozen muscular security team members surrounded him.

He is now a pariah to many of those same people after he was convicted in Texas last week on seven charges of sexual assault of a minor and indecency with a child.

Mr. Aguilar, a 45-year-old husband and father of five, looked like a broken man as the 12-person jury announced its verdict June 24 in the Tarrant County, Texas, courtroom.

He bowed his head and was visibly shaken after he was found guilty of sexually assaulting two sisters, ages 11 and 13, in the mid-1990s while he was a youth pastor at their Texas church.

Behind him in the courtroom, members of the victims’ families and their friends exchanged hugs and shed tears as the verdict was read.

Mr. Aguilar immediately was taken into custody and transferred to the Tarrant County Jail in Fort Worth. He is being held without bond as his attorneys plan an appeal.

He faces life in prison when he is sentenced by Judge Louis E. Sturns.

The judge asked for a pre-sentence report within 80 to 90 days.

Prosecutor Eric Nichols said he will seek a sentence that guarantees Mr. Aguilar will never get out of prison — perhaps life plus 20 years.

The jury reached its verdict after a week of testimony from dozens of witnesses.

The sisters testified that Mr. Aguilar had engaged in sex with them for more than a year, beginning in 1996, and played games such as strip poker to seduce them.

In other testimony, Jamie Chasteen, who was Mr. Aguilar’s personal assistant at the Richmond church, testified that she wired hush money to the victims’ mother.

She also testified that she carried on a 10-year affair with Mr. Aguilar.

Mr. Aguilar resigned from the church, known as the ROC, in June 2013 after its board of directors said it learned that he had multiple affairs with Richmond church members and staff.

His wife, Samantha, testified that she knew about some of the affairs, but didn’t want to know everything, so she ignored them.

Just days before the start of Mr. Aguilar’s Texas trial, the Richmond church was renamed Celebration Church and Outreach Ministry, and a new pastor was announced.

After his conviction, Celebration Church issued a statement in response to a Free Press query:

“This is a time for us, as a church, to respond in prayer, especially for the victims who have suffered deeply,” the statement read. “We are doing that. The church is stronger than the actions of any one individual.

“As a church, Celebration Church and Outreach Ministry is moving forward and asking God to help us act justly, love mercifully and walk humbly before him. We intend to stay focused on our mission to be a place of redemption and hope for the people in the city of Richmond and beyond.”

Prior to Saturday night’s regular worship service at the church at 5501 Midlothian Turnpike, Tim Thornton, a longtime church attendee, was asked to respond to the verdict.

“Justice prevails,” he added. “And, of course, the Lord prevails.”