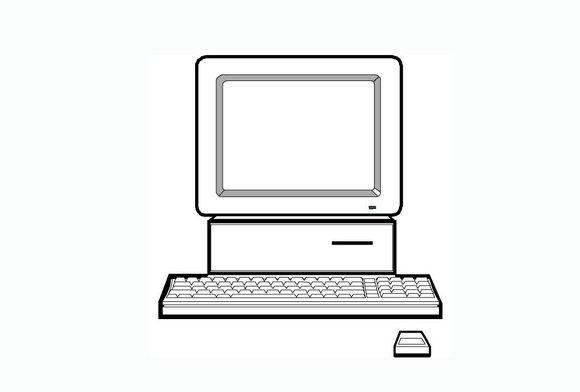 The first step: Creation of a regional school that would give students the skills to become computer programmers and open doors to careers in engineering, computer science and other technology fields, according to a grant application the alliance of schools submitted to the state Department of Education.

“The overarching goal is to create a school” that would provide students from low-income families and others who are underserved or marginalized with “equal access to college and career preparation in a unique, highly engaging and relevant environment,” according to the document submitted on behalf of the alliance by Donna Dalton, chief academic officer for Chesterfield County.

Among other things, the unique school would allow students to take online classes in order to complete high school diploma requirements within two years. In the final two years, students would gain real world experience in computer programming by working part time for a private company that would pay them $10 or more per hour.

Graduates would be guaranteed employment and also could receive an associate degree along with their high school diploma that would give them an entrée into four-year programs in computer science, engineering and other technology fields.

The proposed school is nicknamed RSI — for the Richmond Regional School for Innovation-CodeRVA.

Chesterfield County Superintendent Marcus J. Newsome is spearheading the nontraditional school, with the support of and participation of Richmond Superintendent Dana T. Bedden, Henrico Superintendent Patrick C. Kinlaw and the top executives of the seven other participating school districts.

RSI is to begin taking formal shape this fall and could begin student recruitment for the first class of 200 students by next spring.

If all goes well, and the proposal gains approvals from the various school boards as well as the state Board of Education, the nontraditional school could open as soon as September 2016.

Essentially, according to the grant document, this project seeks to get at-risk students interested in learning and also to help fill the huge business demand for people with computer skills.

The school would jettison bell schedules, grade levels and seat time in class and other traditional benchmarks. Instead of a traditional school building, students would gather in spaces that partner community colleges such as J. Sargeant Reynolds would provide and take their classes online using a computer, with support from teachers, tutors and career coaches.

As spelled out in the document, the regional school would offer “a rigorous, technology-based curriculum” that would allow each student to be assessed on performance.

Each student’s academic success would be based on mastery of the material, not pass rates on Standards of Learning tests, according to the document.

Students also would have opportunities to meet with computer science and information technology professionals, travel to government and private computer operations and take part in forums and competitions.

If RSI is successful, the alliance plans to create similar RSI model schools in other high-demand fields, including health care, finance and advanced engineering, according to the document. Down the road, the consortium also would look to transform an existing high school in a high poverty area into a magnet school using the innovations.

Along with community colleges and Virginia Commonwealth University, the school districts also plan to work with private partners to develop the new school.

The partners include CodeVA, a Richmond nonprofit that trains teachers in the principles of computer science and programming and in integrating the problem-solving principles into K-12 classes. Rebecca and Chris Dovi, who founded and lead CodeVA, expect to train 180 teachers this summer.

“We support this new school,” Mr. Dovi said. He is hopeful that development of the school would lead to greater interest from the school districts to incorporate those principles into grades K-8 to boost learning and the number of students interested in competing for the RSI experience.

Other partners include the Richmond Technology Council, a business trade group that would link RSI with member technology firms, and MAXX Potential, a Richmond-based company that would provide RSI students with paid training in entry-level programming during their junior year.

Financial details have yet to be settled, but insiders suggest the participating school districts might be able to cover start-up costs with existing resources. Costs are expected to be much lower because the school would not need its own building and would need fewer staff and faculty because of heavy use of computer-based learning.

According to the documents, area educators have two reasons for launching the innovative school.

First, barely half of area high school graduates go on to college and earn an associate degree, leaving too many unprepared and unable to fill the jobs of the future. By 2030, the Richmond area could have 65,000 unfilled jobs because they will require an associate degree or better, unless schools find a new approach to preparing young people.

The second reason: Education in traditional schools is unappealing for too many students. The RSI plan cites a 2013 Gallup poll that found as many as six in 10 students are going through the motions in high school — deterred by the unrelenting focus on standardized testing, a dearth of project-based learning and the lack of clear pathways for those who have no plans to go to college.

By racing through high school, the students could then spend much of their final two years learning to write industry standard computer code. The plan for the school proposes that the students would work 15 to 20 hours a week for MAXX Potential, which seeks contracts for entry level coding work and would train and employ the students to complete the projects. Each student would do at least 400 hours of work for MAXX in the final two years and could expect to have offers waiting after graduation for jobs that pay $50,000 to $125,000 a year.

Innovation also would be a hallmark in the recruitment of RSI students, the planning document shows.

There would be no academic prerequisites, the document states. Instead, during the eighth grade, students would be offered an opportunity to attend an intensive, weeklong boot camp that MAXX Potential would offer. The camp would be open to any eighth-grader, regardless of grades. Participants would be gauged on their aptitude, interest and willingness to commit to the RSI program.

According to the grant document, the student body would be selected through a lottery as more applicants are expected than available slots.