Dogwood Dell blossoms with Festival of the Arts 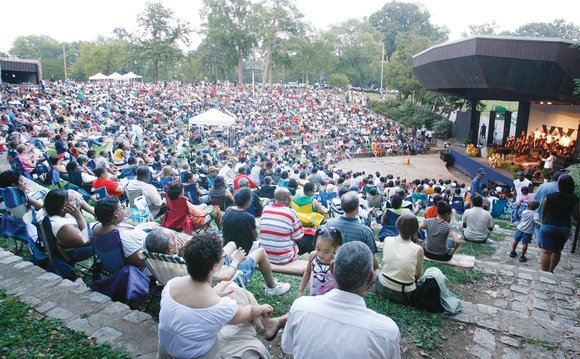 Richmond’s free summer Festival of the Arts at Dogwood Dell will launch its new season Sunday, June 7, with a Renaissance-style fair and a production of Shakespeare’s “Romeo and Juliet.”

The fair will kick off 4 p.m. on the grounds of the 2,400-seat amphitheatre in Byrd Park. The event will feature a strolling magician, stilt walker and juggler eager to pump up the family fun. There also will be games, face painting and stage demonstrations of pratfalls and sword fights.

The day will be capped off with players from the Henley Street Theatre presenting the timeless tragedy of the star-crossed lovers at 8 p.m.

More than 45 shows will be presented for children and adults during the 59th edition of the summer festival. Most shows will be offered on the weekends.

The festival will wrap up with a Native American Culture Event on Aug. 23 and Virginia Opera’s “Opera in the Park” on Aug. 29.

Most shows will be presented at Dogwood Dell. There will be children’s shows at the nearby Ha’Penny Stage. Also, at least nine children’s productions will be offered at the stage at Pine Camp through the summer.