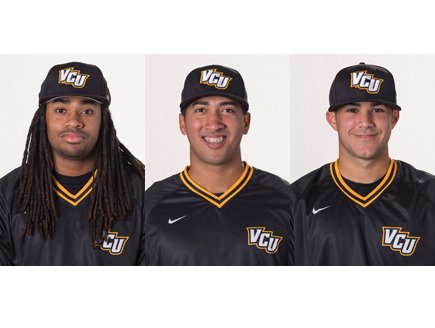 Virginia Commonwealth University’s Rams have taken care of baseball business in Dallas. Now, feeling the wind at their back, it’s on to South Florida.

The first game in the best-of-three series is noon Friday, June 5.

Game 2 is Saturday, June 6, and Game 3, if necessary, is Sunday, June 7. The games have noon first pitches.

Game 2 of that matchup is scheduled for Saturday, June 6, and Game 3, if necessary, is Sunday, June 7. Both games are scheduled to start at 3 p.m.

Coach Dennis Womack’s Cavaliers won three consecutive games in the Lake Elsinore (Calif.) Regional to advance, including a 14-10, 11 inning win over Southern California on Sunday night. It was the U.Va. team’s sixth regional title in the past seven years.

If VCU and U.Va. win in the Super Regional competition, they will advance to the College World Series in Omaha, Neb., starting Saturday, June 13.

To qualify for the Super Regional, VCU defeated host Dallas Baptist, 3-1, in the June 1 final of the Dallas Regional.

The Rams, now 40-23, have won 14 of their last 15 games. Their only loss during that stretch was to Dallas Baptist, 2-1, in the first game of the double-elimination region finals.

Farrar is hitting .309, with 49 runs scored (tying Matt Davis for team honors) and 77 hits (second among the Rams to Vimael Machin).

The fleet Farrar made a spectacular, full-speed, diving, belly-flopping catch for the final out of VCU’s Atlantic 10 championship game win over Rhode Island.

Farrar was an All-Northwest Region standout in both baseball and football at Woodbridge High. His gridiron feats included a 95-yard kickoff return for a touchdown.

Other VCU players of color are Machin and relief pitcher Daniel Concepcion, both from Puerto Rico.

Machin is VCU’s leading hitter at .347. Concepcion added his school record 15th save in the region-clinching win in Dallas.

While this marks VCU’s first trip to the Super Regionals, it is familiar territory for Miami. The Hurricanes have qualified for the College World Series on 23 occasions and won the event four times, most recently in 2001.