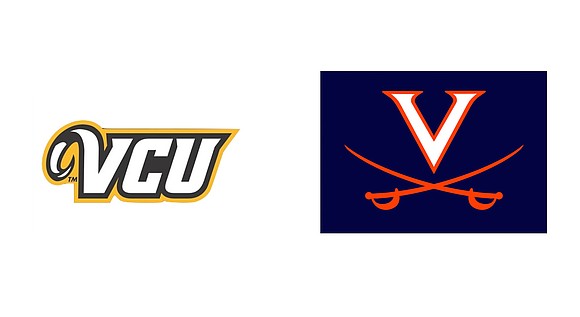 Virginia Commonwealth University holds the all-time basketball upper hand over every state school except one — the University of Virginia.

The Rams have a chance to cut that deficit on Friday, Nov. 17, when U.Va. comes to the Siegel Center in Richmond to face VCU and its rambunctious — visitors might say obnoxious — fans.

The game marks the 102nd straight sellout for VCU dating to 2011.

Since becoming an NCAA Division I team in the mid-1970s, VCU owns a convincing 224-137 record over in-state Division I opponents, not counting U.Va.

Representing the powerful Atlantic Coast Conference, U.Va. holds an 11-2 advantage over the Rams in a rivalry dating to 1976. U.Va. won their last meeting 74-57 in 2014 at the Siegel Center.

This will be a marquee matchup of national significance. VCU has been to seven straight NCAA basketball tournaments, while Virginia has gone five of the last six years. You can make a strong case that this game is a matchup of the state’s top two programs.

Both squads, while coming off strong seasons, look far different from a year ago.

The Rams have a new coach, Mike Rhoades, and nine new players. The Coach Rhoades era began Nov. 10 with a 94-64 rout of Grambling State University.

Coach Tony Bennett returns for his ninth season at U.Va. (189-93 record), but missing are last season’s top player, London Perrantes, and players from a host of defections.

U.Va. struggled in the 60-48 opening win over the University of North Carolina-Greensboro on Nov. 10.

A Wahoo to watch is Isaiah Wilkins, stepson of former NBA great Dominique Wilkins. The 6-foot-7 Wilkins had nine points and eight rebounds against UNC-Greensboro.

Regardless of the outcome on Friday, VCU will have no time to dwell. Next up is a flight to Maui, Hawaii, for a three-game tournament starting Monday, Nov. 20, against Marquette University.l