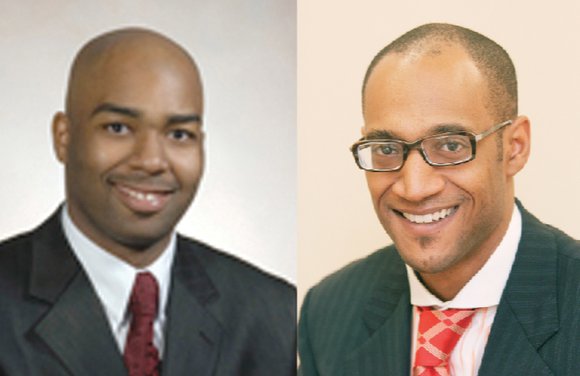 Voters in the 74th House of Delegates District will be going to the polls twice.

First, there will be a special election to fill the district’s vacant House of Delegates seat Tuesday, July 21.

And then there will be a general election Tuesday, Nov. 3, in the majority-black district that includes big hunks of Central and Eastern Henrico County, a small slice of Richmond and all of Charles City County.

The same candidates are expected to face off in both elections — Lamont Bagby, a Henrico County School Board member who is running under the Democratic banner, and David Lambert, an optometry business owner who is running as an independent.

The election was spawned when former Delegate Joseph D. “Joe” Morrissey, who represented the district, moved into Richmond in the spring to challenge Democratic Sen. Rosalyn R. Dance in the 16th Senate District. His new home is located outside the 74th House District. He is now running as an independent to challenge Sen. Dance in November.

Last Friday, Gov. Terry McAuliffe called the special election in an apparent effort to ensure the seat in the largely Democratic district is filled in case a special General Assembly session is called to carry out a federal court order to redraw Virginia’s congressional district boundaries.

The special election, in effect, could install Mr. Bagby in the General Assembly months sooner than he might have anticipated.

No Republican candidate has filed to run in the district’s special election or the November general election.

The governor’s action setting the special election took place just days after Mr. Bagby won 80 percent of the vote in the June 9 primary election to claim the Democratic nomination in the 74th. He blew away two other candidates, including former Richmond Mayor Leonidas B. Young II, whom Mr. Morrissey backed.

Gov. McAuliffe’s support for Mr. Bagby was demonstrated when he gave political parties and independents just four days to certify candidates for the special election. The 74th House Democratic Committee got a waiver from the state party to nominate without holding a caucus or other formal process, and quickly nominated Mr. Bagby.

Mr. Lambert circulated petitions during the weekend, most notably at Saint Paul’s Baptist Church, and filed more than 500 names supporting his independent run in the special election.

For Mr. Bagby and Mr. Lambert, the special election will represent an early test of their respective levels of support in the district, though getting their backers to turn out in a July election is expected to be a challenge.

The winner would take office immediately and serve until mid-January when the next session of the General Assembly begins. Then the winner of the November election would begin a new two-year term.

As a result of his strong showing in the primary, Mr. Bagby will go in as the favorite in both elections. Should he win in July, he immediately would have to give up his seat on the Henrico School Board.