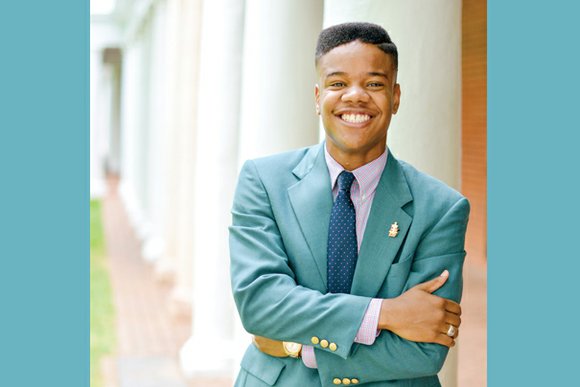 “Martese is a fine young man with a very bright future. I wish him well in his fourth year at U.Va., and I am pleased that the cloud of the ABC charges has been lifted,” said Mr. Martin, who also is managing partner of McGuire Woods’ Richmond office.

Mr. Chapman, the Charlottesville commonwealth’s attorney, also said he would not pursue charges against the ABC agents involved. He said after reviewing an investigation by the Virginia State Police that involved interviews with 52 people, including 15 witnesses to the bloody arrest, he found the ABC agents acted properly. He said the agents had authority to detain Mr. Johnson and that he found no indication they acted with “malice or racial animosity” in their handling of the situation.

Mr. Chapman also noted that Mr. Johnson resisted when they sought to handcuff him.

In response to the incident, Gov. Terry McAuliffe ordered the State Police investigation. He also issued an executive order requiring retraining by Sept. 1 of all ABC agents in “use of force, cultural diversity, effective interaction with youth and young adults and community policing.”

Perry Hicks, a Richmond security officer and former special court appointed conservator of the peace, said he believes Mr. Chapman’s office cleared the officers to “establish a positive defense against what will be any possible civil litigation” on Mr. Johnson’s behalf.

“Had not social media video of Martese’s arrest gone viral, still another young black male would have been convicted of crimes based on fallacious law enforcement testimony,” he said.

Mr. Watkins would not say if a civil lawsuit on Mr. Johnson’s behalf is being considered.

Mr. Johnson said he did not necessarily want the officers to be charged criminally, but he believes racism played a large role in the way he was treated.

“Had they not been taught the way their parents taught them, had they not had the interactions that they did throughout their lives, perhaps they would not have treated me the way they did,” he added.

He said the officers became quiet when they saw how badly he was bleeding. He then was shackled, taken to an ambulance and driven to a nearby hospital, where he received 10 stitches in his face, he said.

He said he remained at the police station until about 6:30 the next morning, then he was released. He said police administered a breathalyzer test, the result of which was undeterminable because of equipment problems.

After a short nap when he arrived home, he awoke to find more than 300 text messages.

Mr. Johnson said he received dozens of interview requests including from national TV and news shows.

“I had always loved attention until this happened,” he said.

Demonstrations, led mostly by African-Americans students, ensued on and around the U.Va. campus, calling for justice for Mr. Johnson. They mirrored “Black Lives Matter” demonstrations around the country that call for law enforcement officers to wear body cameras, undergo anti-bias training, institute community policing policies and for an end to racism in the criminal justice system.