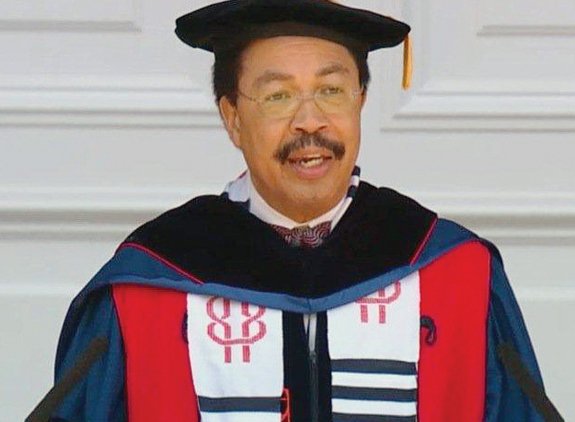 As George Keith Martin nears the end of his historic tenure as rector of the University of Virginia Board of Visitors, he is reflecting on his efforts and those of the board to broaden diversity at the Charlottesville school.

As George Keith Martin nears the end of his historic tenure as rector of the University of Virginia Board of Visitors, he is reflecting on his efforts and those of the board to broaden diversity at the Charlottesville school.

The 61-year-old Hanover County resident, who is the first African-American to lead the 17-member board in the university’s 196-year history, cited some of those accomplishments in a May 13 letter to Gov. Terry McAuliffe.

He also informed the governor that he would not seek reappointment to the board.

“I am extremely proud that we maintained our standing as the top public university in terms of graduation rate for African-American students,” Mr. Martin told the governor. “We have held this status for over 22 years now.”

About 900, or 6 percent, of the university’s nearly 15,000 undergraduate student population for the 2013-14 school year were African-American, according to the U.Va. website.

Mr. Martin also touted a bevy of hires at the university in which African-Americans now hold important, decision-making roles, including as general counsel of the university and chief executive officer of the medical center.

“During my tenure as rector, I appointed more African-Americans to our 27 related foundations than all of the previous rectors combined. Also, last summer the board established a new standing committee on Diversity and Inclusion,” he said.

Mr. Martin is scheduled to conclude his two-year term as rector June 30.

He was appointed to the board by Gov. Bob McDonnell in July 2011 and was elected to serve as rector beginning July 1, 2013.

In his letter to the governor, Mr. Martin said he believes the momentum he and the board have established will be maintained by Richmond businessman William H. Goodwin, his successor as rector.

In emailed remarks to the Free Press last week, Mr. Martin delineated additional achievements during his tenure. Among those:

The university will meet 100 percent of all undergraduate students’ demonstrated financial need by increasing grants to students and decreasing loans in student financial aid packages.

• The number of African-American students who have a GPA between 3.4 and 4.0 has doubled.

• The university’s newest dormitory — The Gibbons House — was named in honor of William and Isabella Gibbons, a former enslaved couple who were owned by professors at the university for more than a decade. Also, a white ash tree was planted on Founder’s Day to honor the enslaved people who helped build the university.

Mr. Martin said he wants to leave the board to allow the incoming rector the opportunity to move the board in the direction he wants without a former rector looking over his shoulder.