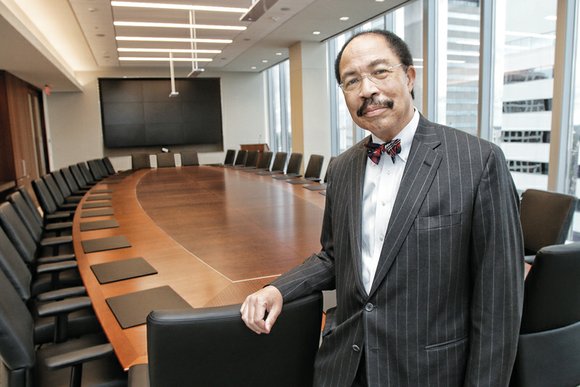 George Keith Martin has gained praise for his accomplishments as the first African-American rector at the University of Virginia, the managing partner at the Richmond office of McGuireWoods law firm in Downtown and his longtime community involvement and service on numerous boards and commissions.

Now, Mr. Martin, a Hanover County resident, is being honored by the University of Virginia’s oldest honor society for his achievements in education, business and the community.

He is one of two recipients of the prestigious Raven Award for the 2015-16 academic year from the Raven Society at the state-supported university in Charlottesville.

Started in 1904, the Raven Society is named for the poem written by the late Edgar Allan Poe, a former U.Va. student and Richmond resident.

The other awardee is Dr. Vivian W. Pinn, who earned her medical degree in 1967 from the U.Va. School of Medicine, where she was the only woman and only African-American student in her class. A native of Halifax, Dr. Pinn grew up in Lynchburg. Prior to her retirement in 2011, she was the first full-time director of the Office of Research on Women’s Health at the National Institutes of Health.

The two will be saluted again at the annual Raven Banquet black-tie dinner and celebration scheduled for April 28 at Alumni Hall in Charlottesville.