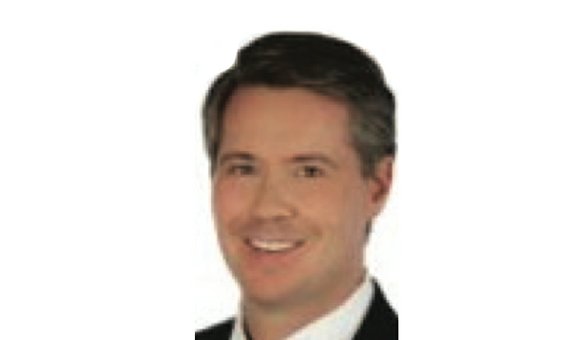 For more than two hours after the polls closed Tuesday, Democrat Daniel H. Gecker held a commanding 3,000-vote lead and appeared to be headed for victory in the 10th Senate District that includes a chunk of Richmond’s West End and South Side.

Then votes from Powhatan County, a Republican stronghold, finally were reported, crushing any hopes the 59-year-old businessman and other Democrats had of winning the seat and regaining control of the state Senate.

The final tally from preliminary results: Mr. Sturtevant, 27,659 votes, including 7,317 from Powhatan. That was 1,471 more votes than the 26,188 votes Mr. Gecker received, including 2,205 from Powhatan. Two other candidates in the race, Marleen K. Durfee and Carl R. Loser, received a combined total of 1,663 votes.

“From the bottom of my heart, I could not have done this without each and every one of you here and the countless volunteers and supporters from across the area,” Mr. Sturtevant said at his victory party at a West End restaurant.

The outcome in this and other races means the state Senate will remain narrowly in Republican hands by a 21-19 margin — a setback for Democratic Gov. Terry McAuliffe, who had put his prestige on the line in trying to win back the Senate for his party.

In the contests for the House of Delegates, Republicans maintained their dominance in the lower chamber, but lost their veto-proof majority of 67. Instead, the GOP will have 66 members when the new General Assembly session begins in January.

Democrats lost one House seat in Northern Virginia, but picked up two others in that region to increase their total to 34.

For Mr. Sturtevant, the Senate win represents a big launch to a promising political career. The 33-year-old lawyer is now in his first term on the Richmond School Board, and his quick move to the state Senate assures him rising star status and opens prospects of future runs for statewide office.

At his victory party, he said, “I won’t let you down,” promising to be “a voice and a vote for lower taxes, a more accountable government and education reform.”

He waited until around 11 a.m. Wednesday morning to concede the election. He congratulated Mr. Sturtevant “for his win in a close and hard-fought campaign. I believe deeply that the issues we ran on will, in time, reflect the majority of voters in this area — especially health care, equal access to education and finding ways to end gun violence.”

While Powhatan sealed his fate, a review shows Mr. Gecker actually lost because too many Richmond voters sat out the election.

Mr. Gecker won the city by a 2-1 margin, 12,946 votes to Mr. Sturtevant’s 5,768 votes, according to state Department of Elections preliminary results.

Based on his city margin, Mr. Gecker would have offset the Powhatan vote and narrowly won if at least 41 percent of Richmond voters went to the polls, or about 2,000 more people than the 19,177 who actually did.

Meanwhile, Democrats can celebrate holding on to retiring Sen. Chuck Colgan’s seat in Northern Virginia. There, Democrat Jeremy McPike, director of general services for the City of Alexandria, held off a furious charge from Republican businessman Harry J. “Hal” Parrish.

For some, Election Night was easy. That was the case for Petersburg Sen. Rosalyn R. Dance, who waltzed to victory. Her opponent, lawyer Joseph D. “Joe” Morrissey, had withdrawn from the contest, although his name was still on the ballot.

“I am very pleased and humbled,” Sen. Dance said after winning by a 3-1 margin and capturing all six localities in the 16th Senate District, including Richmond’s East End and South Side.

Sen. Dance, who had replaced former Sen. Henry L. Marsh III of Richmond, praised the volunteers and supporters who assisted her and promised to fight for an increase in the state’s minimum wage and to be “a voice for my bosses — the people of the six localities that I represent.”

Meanwhile in the 11th Senate District, Ms. Chase, who upset veteran Sen. Stephen Martin in the Republican primary for the Chesterfield seat, easily overcame a challenge from Democrat E. Wayne Powell to secure her first term.

Four other members of Richmond’s General Assembly delegation were unopposed for new terms: Henrico state Sen. A. Donald McEachin, and Delegates Betsy B. Carr, 69th District; Delores L. McQuinn, 70th District; and Lamont Bagby, 74th District. Delegate Bagby’s challenger, David Lambert, had his name on the ballot, but had withdrawn from the contest.

Meanwhile, Democrat Sheila Bynum-Coleman fell short in her long-shot bid to unseat Republican veteran Delegate Riley E. Ingram in the 62nd District. He was elected to his 13th term in the district that includes parts of Chesterfield and Henrico counties.

In the Petersburg area, Lashrecse D. Aird, a former chief of staff to Sen. Dance, was unopposed in winning her first term for the 63rd House District. She will take the seat of Joe Preston, who gave up the delegate seat to unsuccessfully challenge Sen. Dance in a Democratic primary last summer.