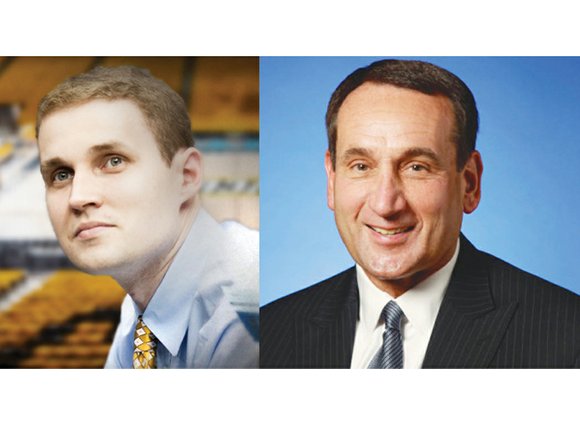 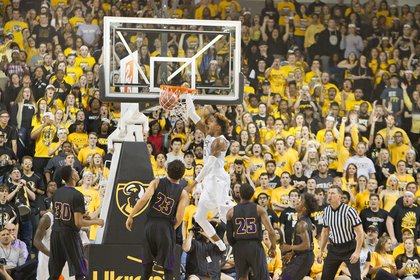 Virginia Commonwealth University forward Justin Tillman takes it to the hoop to score in the game last Friday against Prairie View A&M University at the Siegel Center. The Rams won 75-50.

Virginia Commonwealth University and Duke University have met twice before in basketball, in 2007 and 2012, with each school winning once.

The third meeting will take place 7 p.m. Friday, Nov. 20, at Madison Square Garden in New York City as part of the 2K Classic to benefit the Wounded Warrior Project.

The game will be televised on ESPN2.

The University of Wisconsin and Georgetown University will play in the other half of the draw. The consolation and championship games will be Sunday, Nov. 22, with games at 1 and 3 p.m., respectively.

Both defending NCAA champion Duke and VCU have a different look this season.

Absent from VCU are Coach Shaka Smart, who left in April to coach at the University of Texas, and standout players Treveon Graham and Briante Weber, now in the NBA Development League.

New Rams Coach Will Wade opened with a 75-50 victory last week over Prairie View A&M University. VCU improved to 2-0 under Coach Wade with a 92-74 victory Monday over visiting Radford University. In front of a sold out crowd of 7,637, Melvin Johnson hit six of the Rams’ 13 three-pointers and led scoring with 24 points.

Duke, with five NCAA titles to its credit, is arguably the marquee attraction in all of college basketball.

Perhaps VCU’s all-time, take notice victory was in 2007, when it upset Duke 79-77 in the first round of the NCAA playoffs in Buffalo, N.Y.

Eric Maynor hit the game winner for VCU with 1.8 seconds left. Maynor’s shot has come to be known as “The Dagger.”

The Rams get two more cracks at ACC schools this season. VCU will face Florida State University on Dec. 6 and Georgia Tech on Dec. 15 in Atlanta.

Ramblings: VCU has agreed to play in the 2017 Maui Classic in Lahaina, Hawaii.

Two VCU freshmen, Samir Doughty and Jonathan Nwankwo, will be red-shirted this season.

Jenkins is playing this season at Hargrave Military Academy in Chatham.