Putting power behind the demand: 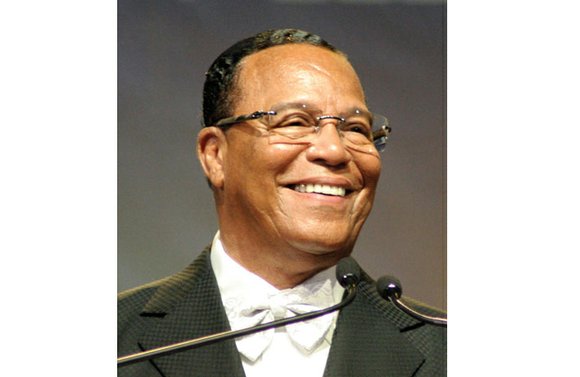 This October will mark the 20th anniversary of the Million Man March, which was the largest public gathering in the history of America and the largest gathering of black men in world history.

We set an example before the world on Oct. 16, 1995, as black men stood in ranks and a spirit of love, peace and unity was pervasive. We stood at that time for the necessity of atonement, reconciliation and responsibility and in particular the need for black men to appeal for God’s pardon for our failures to be the men that we hoped to be and ought to be. That was a magnificent and important day and appeal to the divine Supreme Being, who brought us through a time of great trouble.

Twenty years later, however, conditions we face and rising levels of tyranny and oppression have brought us to another point in our sojourn in America. Today, we suffer from an unbearable level of violence as law enforcement and white people are able to abuse and murder us but the federal Department of Justice does little and state governments do virtually nothing. Death stalks the black man, woman and child in America and few seem to care.

Our Native American brothers and sisters often live in abject poverty and are fighting to keep the little land they have from the hands of a duplicitous U.S. government and corporate liars and thieves.

The Latino community is subjected to scrutiny, mistreatment and disrespect. Women struggle for full recognition of their value and their worth. Soldiers who have served their country in ill-conceived wars and conflicts based on lies, return home to be ignored and their broken bodies and minds left unattended. Even the poor white people of this nation have no voice as a cruel oligarchy rules on behalf of a small group of individuals.

Dr. Martin Luther King Jr., the great preacher and fighter for the poor, noted that the moral arc of the universe is long but it bends toward justice. What is justice? The Most Honorable Elijah Muhammad taught several important truths about justice: Justice is the greatest principle of fair dealing. Justice is the law that distinguishes between right and wrong. If there were justice, there would be no need for a judgment. Justice is the weapon that God will use in the Day of Judgment.

We are living in that Day of Judgment at this present moment. And if we are denied what rightfully belongs to us, then there has to be unified action that we take that will force the justice that we seek.

It is time that we say enough is enough. Scripture teaches us that inequity and injustice would call God himself out of his hiding place to address the cries of those who yearn to breathe free. We are at that time. The time requires that we step forward and demand that the U.S. government address the failures of American society and the systemic deprivation of freedom, justice and equality from the masses of the American people.