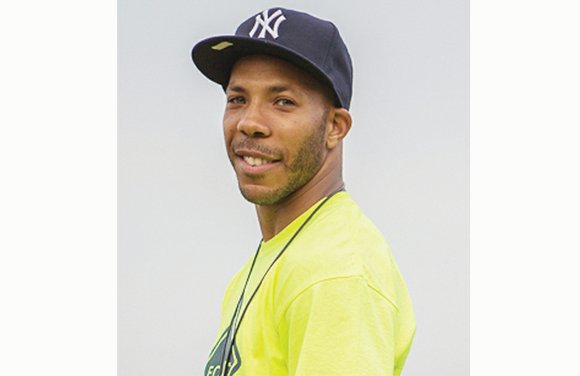 John Marshall High School has a new football field that it plans to take full advantage of this fall.

Hoping to “bring the pride back” to the North Side, Justices Athletic Director Lamont Davis has scheduled six home games this season.

“That’s probably the record — the most home games ever played at John Marshall,” said Davis.

The 1 p.m. kickoff will be preceded by speeches from city officials and a representative of the Washington NFL franchise.

Davis reported upgrades of “a little more than $100,000” to the field were funded in a “matching grants” agreement. He said the City of Richmond and Richmond School Board matched revenue provided by the pro team from Washington.

“I’m a Cowboys fan since birth, but I’m starting to become a Washington fan, too,” said Davis. “But don’t tell anyone,” he added with a laugh.

The Justices will now play on a Tifway 419 Bermuda surface, which is among the most popular sports turfs on the market.

Also installed in the field upgrade were an irrigation system, new goal posts and fresh crushed stone for the quarter-mile track surrounding the gridiron.

There are no lights, so all six home games will be played in the afternoon.

Still to go after this week, John Marshall will host Douglas Freeman High School on Sept. 25, Hermitage on Oct. 2, Thomas Jefferson on Oct. 9 and Deep Run on Oct. 30.

John Marshall basically is still playing an old Colonial District schedule although it is now in the Division 3A South, Conference 26 with Thomas Jefferson, George Wythe and Armstrong high schools from Richmond, plus Petersburg, Hopewell and Spotsylvania.

The Justices were 1-9 last year in the first season under Coach Damon “Redd” Thompson.