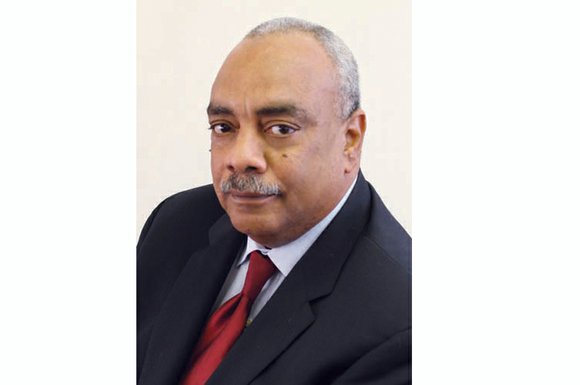 For more than 13 years, Oliver Rodney “Rod” Hunt Singleton played a critical role in providing more opportunities to minority-owned businesses as the president and chief executive officer of the Metropolitan Business League in Jackson Ward.

For more than 13 years, Oliver Rodney “Rod” Hunt Singleton played a critical role in providing more opportunities to minority-owned businesses as the president and chief executive officer of the Metropolitan Business League in Jackson Ward.

In his MBL post, the genial man with a charitable heart and warm smile connected many small businesses with larger ones to foster business development and expansion.

Overseeing an average of about 150 MBL member businesses annually, he also helped small businesses set up benefit packages for their employees, helped MBL members and non-members alike draw up business plans, held seminars for business owners and prospective owners, served as a mentor to countless entrepreneurs and spotlighted MBL members in the newsletter he wrote.

Whether he was meeting with business leaders in a corporate boardroom or a small coffee shop, Mr. Singleton was known for earning their trust with his business savvy, charm and sincerity.

In recent years, Mr. Singleton soldiered on despite excruciating chronic pain he suffered after going through multiple back surgeries.

“Oliver Singleton was a champion of small businesses, a cheerleader and had a passion for the business community,” said Metropolitan Business League board Chair Sharon Dabney-Woolridge, president and CEO of Kleane Kare Team Inc.

Mr. Singleton is being remembered following his death Tuesday, April 12, 2016, in Richmond. He was 63.

Funeral arrangements were incomplete at the Free Press publication deadline.

A public tribute to Mr. Singleton is to be held in conjunction with the 25th Annual Metropolitan Business League Awards Dinner and Reception at 6:30 p.m. Thursday, May 19, at the John Marshall Ballrooms, 101 N. 5th St. in Downtown, according to a release by the group. For more information, go to www.mbl25.eventbrite.com.

News of Mr. Singleton’s death spread quickly in the community and those who knew him best praised him as a man whose legacy is that of a community servant.

“I met Oliver Singleton on my first day as a student at the University of Virginia,” recalled George Keith Martin, managing partner at McGuireWoods law firm. “I knew then that he was special. He was a dear friend. He blessed so many people with his love, intellect and humor.

“Richmond was his adoptive home,” he added. “He loved it and worked hard to make it better. He believed in the Metropolitan Business League and its mission. He will be sorely missed. My prayers go out to his friends, family and community members.”

Jack Berry, former director of Venture Richmond and now a candidate for Richmond’s mayor, called Mr. Singleton “a giant in this community who helped so many people from all walks of life to reach their dreams.”

“Oliver is the one who talked me into running for mayor,” he noted. “He was the chairman of my campaign and we were doing this together as teammates and best friends. His loss is devastating to me and so many others.”