The late Oliver Singleton to be honored with street sign 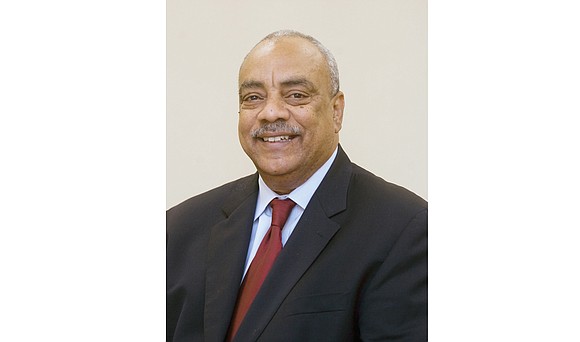 The 2700 block of East Grace Street will be named to honor the late Oliver R.H. Singleton, who worked to boost opportunities for and the profiles of black-owned businesses before his death in 2016.

Richmond City Council members Cynthia I. Newbille, 7th District, and Ellen F. Robertson, 6th District, will lead a ceremony at 10 a.m. Tuesday, May 15, at 2708 E. Grace St. where Mr. Singleton lived. An honorary street sign will be unveiled during the ceremony.

Earlier this year, Ms. Newbille and Ms. Robertson spearheaded the council resolution to provide an honorary street sign to recognize Mr. Singleton, who was serving as president and chief executive officer of the Metropolitan Business League, the Richmond area’s oldest and largest black business trade group, when he succumbed to illness in April 2016.

He was appointed to serve briefly on Richmond City Council when former Mayor Henry L. Marsh III was elected to the Virginia Senate in 1991. He also served for five years as chairman of the board of the Richmond Redevelopment and Housing Authority.

A popular man who had connections to the movers and shakers in the city, Mr. Singleton also was a founding board member of the Richmond Ambulance Authority and served on the executive committee of the Downtown booster group Venture Richmond.

He also at various times served on the boards of the Richmond Retirement System, Richmond Sportsbackers and the Metropolitan Richmond Convention and Visitors Bureau and on the executive council of the Reginald F. Lewis School of Business at Virginia State University.

In the resolution that council adopted on Feb. 26 authorizing the sign, Mr. Singleton was cited for his “contributions to the civic well-being of the city” and for his role as an “advocate for minority-owned and small business development.”